Those dry, yellow scales all over your baby’s head may look like dandruff, but they are actually caused by a common condition called cradle cap. About half of newborns get this condition, but it can be disarming to a new parent who is learning the ropes. Below are answers to some basic questions about cradle cap and tips to get your baby’s bald head looking beautiful again. 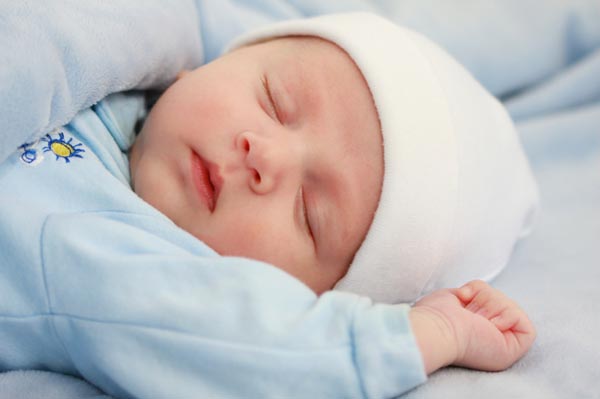 Cradle cap, also known as neonatal seborrhoeic dermatitis, generally occurs in the first few weeks or months of an infant’s life. About half of all newborns get this condition. Some studies have shown that there is a higher rate of cradle cap among infants who sleep on their backs, the position recommended by the American Academy of Pediatrics. Cradle cap is occasionally linked to immune disorders and failure to thrive.

What is it and what’s the cause?

It’s a yellowish, patchy, greasy, scaly and crusty skin rash that occurs on the scalp. It is usually not itchy or contagious. Cradle cap does not bother the baby and it’s rarely severe.

Doctors and researchers have yet to agree on the cause of cradle cap. However, there is agreement that it’s not caused by infection, allergy or poor hygiene. One theory is that overactive sebaceous glands in the skin of newborn babies release more oil due to the hormones from their mothers’ bodies. The oil causes the flakes of skin to stick to the scalp, instead of drying up and falling off.

When will this happen?

Cradle cap usually happens within the first three months of life, but occasionally it will arise in infants who are older.

Where does it manifest?

The condition mainly occurs on the scalp, but occasionally migrates down to the face, eyelids, behind the ears and eyebrows. If other parts of the head and face start to flake, rest assured it is harmless and treatable.

Cradle cap can happen to any baby, regardless of gender or ethnicity. Some say shampooing your baby’s scalp or washing the skin with regular baby soap before cradle cap occurs helps prevent the condition. It is known that cradle cap flourishes in an oily environment, so shampooing mitigates this.

How to get rid of it?

Common advice is to apply baby oil to the scalp and let it soak in for at least 30 minutes, but ideally longer. The baby oil can be shampooed out with a regular infant soap and the softened scales can then be brushed away after the hair has dried. There have been no scientific studies on the success of this method, but there is much anecdotal evidence from mothers of children with cradle cap.

Read more on caring for infants

Should you seek emergency or urgent care for your injured or sick child?
Oral hygiene begins at birth
How to care for baby’s sensitive skin