Contrary to the studies that we’ve all heard about time and time again — that being a mother makes us lose our precious brain cells — we’ve found moms who think that motherhood actually helps them boost their brains! 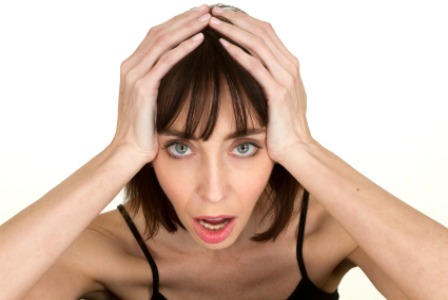 Sure, we aren’t smart in the ways we used to be, pre-kids — and pre-sleepless nights — but just because you’re a mom doesn’t mean you should settle for being dumbed down.

I confess there has been more than one time in my career as a mother when I’ve blamed my forgetfulness/lack of knowledge/pure dumb moments on having kids. And, I’ve done so without any shame because after all, I’m certain that if you made me try to pass a second grade math test on some of those sleep-deprived days, I would have failed.

When I look at myself now, as a mom of three, I’m convinced that I am smarter than I was pre-motherhood. I contend that most mothers would agree that they feel the same about themselves. Sure, long gone are the days when I could memorize math theorems or balance chemical equations without blinking an eye (geeky science girl alert!) and there are times when I can’t remember my own name, but there is no way that I could achieve the level of brain function I currently work at if I didn’t have my kids to get me there.

Smart moms are the new black

When I talk about smart moms, I’m not necessarily talking about the moms who are smart at work. There are certainly some of us who are kicking you-know-what and taking names in their careers and are pulling out their smarts every single day outside of their work as a mom. Three cheers for those mamas who are pulling double-duty smart powers!

Think about the ways that you’ve become smarter, simply by being a mother.

Multitasking to the nth degree

I swear that there are times when I am doing something with both hands, and both feet, just to keep life moving. It’s not the multitasking, per say, that’s made me smarter, but I’m convinced that my brain now functions at a faster pace because of the way I push it as a mom.

I mean, who else could successfully change a diaper with one hand, while putting away laundry with the other and bouncing the baby in the infant seat with her toes? A mom, that’s who.

There are five people in our family, each with their own schedules (and many of us with more than one schedule) between work, school, volunteer committees, activities and such. At any given time, you can quiz me on where each family member is, where they need to be in 15 minutes, what time we have to leave (taking traffic at that time of day into account), what they need to bring with them, who is picking them up, when each person needs to eat dinner and what they’re having for dinner and… well, you get the idea. Moms juggle millions of details each and every day — and that’s surely not an exaggeration. And the fact that we keep it all straight most of the time and remember to brush our teeth on the way out the door in the morning? That’s not smart, that’s genius.

If you’re ever had a toddler, you know that half of your job as a parent is crisis management. There’s a Lego in their nose. Baby bunny, her beloved stuffed animal, is stuck on the ceiling fan… again. Someone is bleeding, from somewhere. You have to react creatively and you have to react fast, all day long, which means that your brain is going all of the time. My reaction time to a child waking me up at 2 a.m. to tell me that they’re about to throw up would likely rival the speed of the fastest Olympic sprinter on the planet. I think I’ll time myself — someone’s bound to start throwing up around here soon.

An A+ in anticipation

On a more serious note, another part of being a parent is putting your child before you. We all know this, but what we don’t realize is the way that it changes our mind, as moms. Suddenly, you are so much more aware of other people and their needs and, it becomes easier and more natural to anticipate the needs of others once you’re a parent.

Next up: Find out what real moms are saying

These Chic & Girly Names Capture the Spirit of the Barbiecore Trend