When all the other girls in Elayne Lite’s second grade class amused themselves with dolls, jump rope, and Jacob’s Ladder at recess, I played dodgeball (a Darwinian “survival of the fittest” blood-sport on its last legs due to today’s insistence that every child wins mentality), kickball, baseball or anything else that labeled me a “tomboy.” 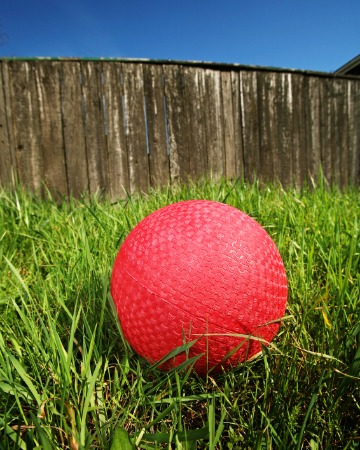 After all, as the youngest and only girl of two older brothers — all of whom had Mrs. Lite — my siblings would stand for nothing less.

That year, and much to my delight, Mrs. Lite’s class got an exchange student named Gideon Zehavi. Gideon had blue eyes and blond hair, and an unfamiliar accent. I had blond hair, green eyes, and more than likely, a vocabulary that (thanks to my brothers) was far too salty for my age. 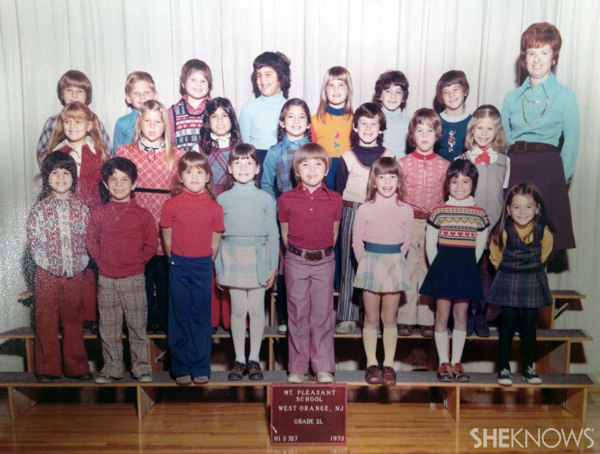 While second grade seems to be the year when girls think boys are “yucky” and “disgusting” and boys think girls have “cooties” (which, if my children are any indication, pretty much still holds true) Gideon and I went rogue and fell into a fast friendship. He and I did almost everything together. We looked so much alike, people often told us we could be twins.

Gone but not forgotten

After second grade, Gideon and his family moved, though I never knew where. Throughout the years, I never forgot him. (In a platonic, not romantic way.) Every time I drove by his home, he was in my thoughts. When I went to college, I wondered if Gideon and his family returned to Israel, which would mean he would have mandatory army service. With never-ending Middle East unrest, I wondered if — and hoped that — he was safe, happy and healthy.

Several years ago, Mrs. Lite and I ran into each other. (To this day, Mrs. Lite calls me by the second grade nickname she bestowed upon me, “Allison Wonderland.”) One of the first things I asked her about was Gideon. She mentioned they had kept in touch for a while, but eventually stopped communicating. In the most non-stalkerish way possible, I tried to find Gideon on the internet, to no avail. My worst fears that he had somehow come to harm were in the forefront of my mind.

Miraculously, on April 18, I received a note from Mrs. Lite:

Gideon Zehavi, the “little boy” from Israel, who was in our second grade class, spent a day with me. He remembered the names of two people in the class. One of them was you! He was on his way to New Haven to deliver a keynote address at a convention. He came a day early and through Newark Airport. I had a wonderful time with him! I don’t know exactly where Gideon’s conference is. He is a drama therapist and works with autistic children. He is a bigger version of the adorable boy he was… we visited Mt. Pleasant School. I loved having him. 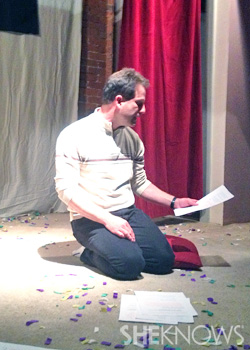 Gideon, armed with a lot of letters after his name (MA, RDT/BCT) is a seasoned drama therapist, and a graduate of the CIIS (California Institute of Integral Studies) postgraduate program for drama therapy. He is a drama therapy teacher and supervisor at the Tel Hai post-graduate program in Israel, a Ph.D. candidate at the Hebrew University of Jerusalem and co-directs the Institute for Developmental Transformations in Tel Aviv. He has a full-time private practice, where for eight years, he has facilitated and continues to facilitate an Interpersonal Play Space (IPPS) group.

IPPS is an integrative group model in art and drama therapy for high-functioning ASD diagnosed children, which Gideon perfected through group work in his clinic. Gideon has presented his work in his native Israel, in The Netherlands, Canada, Greece and the United States.

One day after Mrs. Lite had seen Gideon, he was the keynote speaker at the annual DvT Conference at New Haven, Connecticut, 30 minutes from my home, and his address was entitled, “What’s God got to do with it: Encountering presence in the I-You play space” which discussed the moment people first meet and address one another, and through that encounter, the magic of creativity and a higher awareness takes place. (Clearly, dodgeball and kickball were not on his docket that day.)

Due to time constraints on both our parts, Gideon and I never met face-to-face on his visit. But, we have been able to catch up on social media and email.

It seems that after all this time, Gideon and I still have our share of similarities. He and his wife Hadas have been happily married for 20 years; my husband Michael and I for almost 10. He and his wife have two children — one boy and one girl, as do I. Gideon, through choice, dedicates his life to children on the autism spectrum, despite his two children being “typical.” Through necessity (my son is on the autism spectrum), I chose to dedicate my life to the same noble cause.

From all evidence, Gideon still has blue eyes and blond hair; my eyes remain green, albeit bloodshot with bags that could be checked at an airport, and my hair remains blond through the good grace of bleach and a professional colorist. The more things change, the more things stay the same.

Who could have imagined that the little blond-haired boy who lives in Israel with his family would one day help create and develop a therapy for children on the autism spectrum, and that the little blond-haired girl who now lives in Connecticut with her family, almost 6,000 miles away, would have a son on the autism spectrum who benefits from that therapy?

People come into your life for a reason, though often those reasons are unclear. Of all the classrooms in all the schools in all the world, Gideon walked into Mrs. Lite’s classroom because clearly, something bigger than ourselves (autism) was our collective destiny. It only takes a spark to get the fire going. For Gideon and me, all we needed to jointly combat autism was one very special Lite.

2 hrs ago
by Susan Borison