One of the biggest shocks in my parenting career has to be the moment when I realized that my daughters, now ages 8 and 5, are completely different people. Learning to parent my daughters to fit their individual personalities has certainly put my parenting skills to the test. 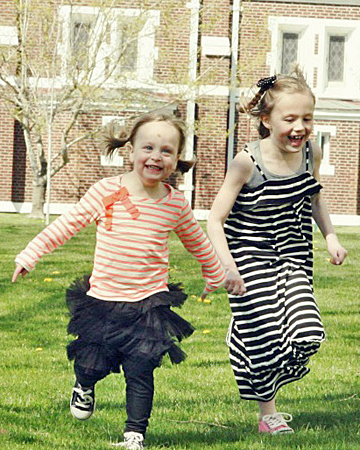 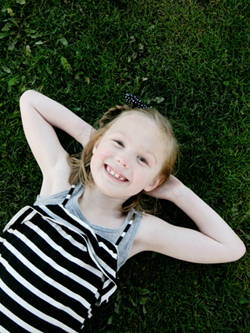 As soon as you find out that you’re pregnant with your second child, you can’t help but picture your first child and impose everything that happened during your first pregnancy, birth and experiences with your first child onto your second. And, when you already have one daughter, like I did, and you find out you’re having a second daughter, it’s nearly impossible to picture anything but a carbon copy version of the oldest one — after all, isn’t she, essentially that? Isn’t Meg basically a copy of Janie?

It didn’t take me long to realize that our girls were different — not only did Meg’s birth (emergency C-section at 34 weeks) take a completely different direction than Janie’s (100-percent textbook vaginal birth in the hospital, add an epidural), but before long, it was easy to see that Meg and Janie were different babies and eventually, different kids too.

Is it all in the parenting? 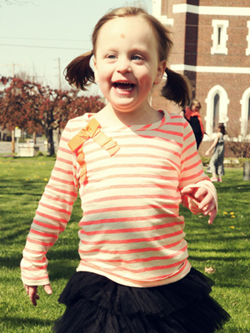 Maybe it’s a mistake of parenting — that second time around, you assume that you’ve got this motherhood thing down. You know how to swaddle, the tricks for getting a newborn to sleep through the night, what age to successfully start solid foods and what diaper brands are the most absorbent. Maybe that’s why it was such a blatant shock to discover that Meg was so much different than Janie. I remember, so clearly, shaking my head at how each of them were such individuals — in retrospect, knowing them both so well now, it’s funny to think that I expected them to be the same person, but as a first-time, second-time parent, I just didn’t have a clue.

It’s easy to forget that not only is Meg a different child than Janie was, but we were — and are — different parents with Meg than we were with Janie. By the time Meg was born, three years after Janie, Josh and I are older (obviously), we’ve moved to Seattle, away from the comfort of being around our families, Josh is knee-deep in a fast-paced, soul-sucking job and I am trying to find my footing being a mom of two — a preemie and a 3-year-old — while he travels for work. And, besides all of those extraordinary circumstances that have shaped the first year of Meg’s life, we are now the parents of two children, which, in my opinion, is the biggest parenting transition you can make — the move from one child to two was far more difficult than moving from having no children to having one.

That was then, this is now

Now, as the girls are closing in on ages 6 and 9, I am constantly reminded at how much they are truly individuals and, more importantly, how conscious I need to be of that fact. The girls communicate differently, they each have their own strengths and they need to be disciplined in ways that match their personalities.

Janie is a classic first child — she’s a people pleaser, can be quite introverted at times and is a creative soul who also loves a good math problem. She’s sensitive, but strong. She holds in her emotions until she gets to her breaking point and is often called shy and sweet by those who meet her.

Meg, on the other hand, wears her heart on her sleeve, is a particular and literal child and has no problem expressing how she’s feeling. Meg loves to be around people, is headstrong, and often stubborn and is far less inhibited. She’s also funny, thoughtful when she chooses to be and prefers to be active.

Parenting these two girls is practically a science, one that Josh and I are just learning the basics of, nearly 10 years into the job! For Janie, prevention is key — she needs to know what’s coming next, will have a meltdown two days after staying up too late and it usually simply takes a quick dart of our eyes from across the room to turn her behavior around. For Meg, grabbing a nap once a week, giving her successful alternatives when we need to say “no” and teaching her to channel her emotions in a positive manner work best. Janie is responsive to talking out her punishments, while yakking Meg’s ear off about why she is in trouble is counter-productive.

The best thing about all of this? With each year — or really, each month — that passes, both girls grow, mature and change, making us reevaluate our parenting methods over and over again as we learn more about them and the way they tick. Despite the work that it takes to customize the way each girl is raised, even under one roof, we are so thankful to have two girls who are individuals and who, with their strengths and weaknesses combined, balance each other, and our family, out so well.

And, after all, it won’t be long before these two girls are teenagers and the only strategies we’ll need will involve earplugs and door locks.

Exclusive: Shawn Johnson Reveals the One Thing About Parenting She Hopes to Leave Behind in 2023