America celebrates at state and county fairs with good old-fashioned fun for families! 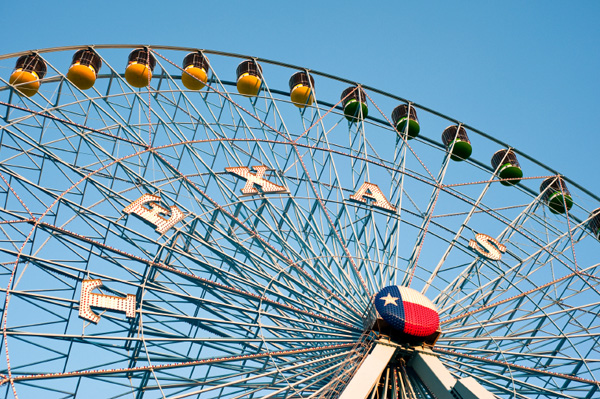 Increasing attendance at the nation’s best fairs confirms that crowds are returning for family fun year after year. Fairs are celebrations for communities and entire states, and they give us a glimpse into what makes each area special. We all like to party, and summer fairs are often where the fun begins!

Related story 7 Kid-friendly cities to move to in the U.S.

Bigger isn’t always better, but the State Fair of Texas draws upwards of 3 million visitors every year, so they must be doing it right! This year, the 125th Anniversary Celebration is in Dallas from Sept. 30 to Oct. 31. Great entertainment is on tap, with performances by Randy Travis, Pat Benatar and K.C. and the Sunshine Band. Expect plenty of carnival rides, games, car shows and — of course — animal exhibits and livestock sales and events.

The Iowa State Fair in Des Moines has the slogan, “Nothing Compares.” This is probably the only place it’s possible to see a life sized butter-sculptured cow! Over 1 million people attend this fair annually, and it has more to offer than the wacky butter Bessie: Wild West comedy performances, stunt-dog shows, chainsaw sculpting and performances by headliners Ronnie Brooks, Def Leppard and Lynyrd Skynyrd. Come for the fun Aug. 9 to 19.

In Ohio, the state fair is held in Columbus and opens July 27 for a run that goes through Aug. 7. Ohio is a big agricultural hub, so expect lots of animals and livestock in addition to traditional fair food: funnel cakes and frothy cotton candy! This fair has a big bill of scheduled entertainment, with concerts by Ke$ha, Loretta Lynn, the Oak Ridge Boys, Journey, Foreigner and Night Ranger, Meat Loaf and several others.

If you live in the North, the dates of the State Fair of Louisiana, held Oct. 25 to Nov. 11, might sound more like a fall festival, but it will still feel like summer in Shreveport! Rodeos, dance competitions, tractor pulls and magic shows are just part of the fun. Lots of livestock events are planned, and tons of fair food plus traditional Cajun cooking add some spice to this state fair.

Up next: More summer fairs >>