In the heart of Providence, Rhode Island’s capital, just south of downtown, is Roger Williams Park, named for one of the state’s founders. Included in the 427 acres of beautifully landscaped grounds is a terrific state and regional resource: The Roger Williams Park Zoo. 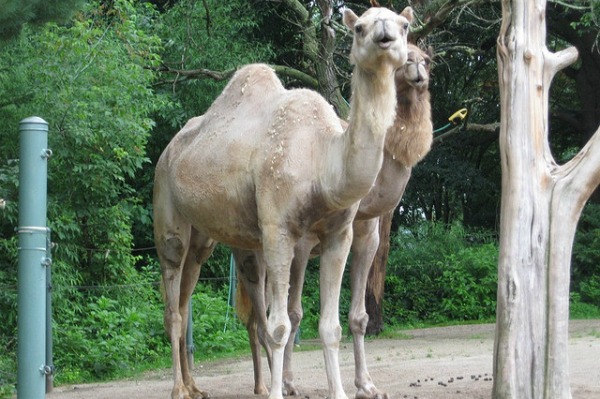 Visitors often describe the Roger Williams Park Zoo as “just right.” It’s not so big that you (and your kids) get overwhelmed and can’t see it all, and it’s not so small that you see it all too quickly and are bored. It has exhibits and activities geared toward the younger set — but enough interest for older kids and adults. The zoo houses almost 1,000 animals representing about 150 species from all over the globe.

The elephant and giraffe exhibits are particularly good, and if you become attached to the youngest giraffe in the zoo, born in July 2010, you can always bookmark the giraffe cam on the zoo’s website when you get home. Additionally, in the Africa exhibit, you can see hyenas, zebras, wildebeests and more.

The Australasia exhibit features animals native to Indonesia and Australia, including kangaroos and emus. North American and Tropical American exhibits let you get close to monkeys, flamingoes and anteaters, just to name a few.

Look for educational programs within the zoo geared for specific age groups. These specially designed programs not only introduce you to the animals on exhibit, but also discuss conservation efforts and how each one of us can help be sure these amazing animals will be around for a very long time.

The recently completed Hasbro Big Backyard Adventure area opens to the general public in summer, 2012, and it’s sure to be a hit. The exploration area and play space has a nature and conservation focus and volunteers are on hand to help even the youngest visitors make the most of their visit. Future plans for the museum include a New England Animals exhibit that is set to include horned owls, wild turkeys and river otters.

Since much of the zoo is outside (of course), plan for the weather. The zoo has only limited food options and picnic areas, so you might want to eat well before arriving or plan for a small snack. The first Saturday of each month is free to Providence residents — but that also means it’s packed. If you are not a local, that might be a time to avoid the zoo.

19 hrs ago
by Cristina Velocci