For the smallest state in the union, Rhode Island has some terrific public spaces and parks. Whether you’re in southwestern Rhode Island or near the capital city, on the water or inland, Rhode Island parks are great places to learn about and appreciate the natural resources of the northeast and New England. 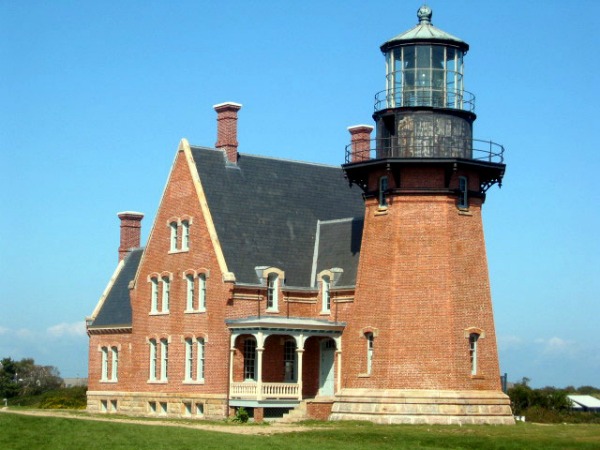 A ferry ride and bicycle ride away from reality is Southeast Lighthouse on Block Island. Situated on Mohegan Bluff high above the Atlantic, Southeast Lighthouse has used its Fresnel lens to steer mariners away from the rocky shores and shoals of Block Island since 1874. Today it’s a popular walking and cycling destination for visitors to this picturesque island off the Rhode Island coast. You’ll probably be content relaxing on the grounds watching the birds, but a private foundation does offer lighthouse tours.

Rates: Free to visit grounds, $15 for an interior tour

In southwestern Rhode Island you’ll find some of the most beautiful, least populated open spaces in the state — and that includes Trustom Pond National Wildlife Refuge. Trustom Pond is the only kettle pond near the coast with a developed shoreline. That means lots of pristine space for walking the trails and viewing the many species of wildlife that populate the region — and the spectacular views. Try having a bird scavenger hunt or try finding the EarthCache.

Rates: Free to access the park, though parking fees may be in effect

In ritzy Newport, on a peninsula jutting into Narragansett Bay, is Fort Adams, the largest coastal fortification in the United States. Best known for the Newport Folk Festival and the Newport Jazz Festival, Fort Adams is a popular local destination. Now that it’s not needed for military defense, it’s a terrific place to spend the day swimming, fishing, picnicking or just admiring the stunning views. Be sure to check out SailNewport to polish up your sailing skills and visit the Museum of Yachting during the summer months.

Near the zoo of the same name is the Roger Williams National Memorial, commemorating Roger Williams, the co-founder of Rhode Island and an early proponent of religious freedom and the separation of church and state. The memorial is beautifully landscaped, and the visitor center provides information and a video about this important Rhode Islander. It’s a great place to start an exploration of Rhode Island’s capital.

If you and yours like climbing, you’ll want to visit Lincoln Woods State Park for a day of bouldering. And maybe some walking, bicycling, swimming and picnicking, too. But if climbing the walls, literally and figuratively, is something you’re into, bring your climbing gear (at the very least, a helmet and some chalk!) and head for the rocks! Lincoln Woods is a regional destination for rock climbers, and several boulder competitions have been held here.

For 14 miles from Providence, down the east side of Narragansett Bay to Bristol, is the East Bay Bike Path. Built on top of an abandoned railroad line, the path traverses coves and marshes and gives unobstructed views of the scenic bay. Starting from Providence, a family could meander down the bike path, stop in lovely Bristol for lunch and then meander back. It’s a gorgeous day out!

“Salty” and “brine” may be oxymorons, but combined they create a terrific state beach park in Narragansett. With a new beach pavilion, this beach park has great resources for sun lovers and swimmers alike. Named after a well-known radio broadcaster (“Salty” was his nickname), the beach is easily accessible from surrounding communities, and — perhaps most importantly — you’ll find a couple of nearby ice cream shops. You can easily spend your whole day here, wrapping the day up by watching the ferries travel to Block Island as the sun sets.

In Charlestown, where the ocean has breached a coastal pond, you’ll discover the lovely Charlestown Breachway State Beach and Campground. Go for the day if you just want beautiful beaches and a panoramic view of Block Island Sound — stay for the weekend and discover the pleasures of beachside RV camping. You’ll be up early (or late, as the case may be) for some of the best salt water fishing in the state.

Rates:  Free to access the park, though parking fees may be in effect.