Massachusetts has a terrific range of parks that highlight not just shore, but mountains and wonderful inland resources, too. From the heights of Mount Greylock to the waves at Cape Cod National Seashore, exploring the parks of Massachusetts is to explore the full range of outdoor experiences. 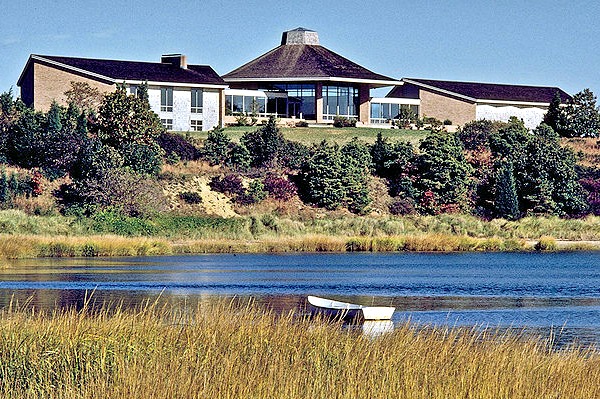 Way out on Cape Cod is one of the most beautiful stretches of beach anywhere. At Cape Cod National Seashore you look out across the vast Atlantic, soak up the warmth of the sun, walk the dunes among native beach grasses and generally feel so peaceful you’ll never want to leave. Take time to learn about the fragile ecosystem at work here and how erosion affects our land mass, particularly at Marconi Beach — near where the first wireless communication between the U.S. and England occurred in 1903.

In central Massachusetts, Purgatory Chasm is a state reservation known for a dramatic quarter-mile-long, 70-foot-deep chasm of bedrock, likely formed during the Ice Age. You’ll find precipices and boulder caves to (carefully) explore — and a playground for the less adventurous. The park is great for a day trip of hiking and picnicking, but also good for overnight camping (with a reservation). The rock formations are picturesque, and the park is easily accessible from suburban towns.

One of the greatest natural resources of Massachusetts is Boston Harbor, and the islands that dot it. A coalition of national and state agencies oversee the islands as a national recreation area, accessible by boat (private, chartered or ferries) for hiking, sunning, picnicking and even camping. It’s a great way to take a break from the urban hustle and bustle — just a short boat ride and a world away. Hop a boat from downtown Boston, Hingham or Hull and spend the day exploring. Don’t forget the sunscreen.

Henry David Thoreau made Walden Pond famous, and its beauty survives to this day. You can go for the historical significance of the pond, learning about Thoreau and his contemporaries, seeing the cabin where he lived and wrote and generally taking in the beauty. Or you can go for a swim on a hot summer day to cool off! Either way, Walden Pond is a local and national treasure.

The highest natural point in Massachusetts is on Mount Greylock in far western Massachusetts. From the summit, you can see five states in the sweeping vistas — and an amazing sunset. Go for a hike, visit the Veterans War Memorial Tower, explore some of the last old growth forest in New England or even backpack to a primitive campsite in the warmer months to really get to know this natural resource. Dozens of species of wildflowers dot the landscape and make a fun “treasure” hunt for the kids.

In Boston proper, along the banks of the Charles River from Beacon Hill inland to Boston University and beyond, is a ribbon of green space that is a terrific and well-loved resource for locals and visitors alike. The Charles River Esplanade encompasses open space, a playground, ball fields, performance space, walking and biking trails and even some docks here and there. It’s a great place to take a break, have a picnic and relax a little before hitting the next site on your Massachusetts tour.

Location: Boston side of the Charles River, Beacon Hill through Back Bay

When the old, ugly elevated highway came down in downtown Boston (as part of the Big Dig), downtown shone in a new light — literally. Where once it was dark, there was now opportunity to turn urban blight into urban bright. It’s beautiful and worth a trip. The Rose Fitzgerald Kennedy Greenway is a ribbon of downtown parks with public art, plants, fountains and more. There are activities and events — and a spot of green just for you to set out a picnic blanket and let the kids run around for a bit.

Menemsha Hills on Martha’s Vineyard has been saved from the pressure of development on the island to the delight of locals and visitors alike. The dramatic coast makes for great seaside exploring after a busy day in one of the vineyard’s bustling villages, especially in the summer. There’s a trail through the woods, plenty of wetlands, places you can go fishing and places where you can generally just enjoy the natural beauty of New England.