Plimoth Plantation recreates what life was like for the Pilgrims in early Massachusetts, bringing the reality of their isolated existence to our super-connected modern day life. Step back in time and come to a new appreciation of our country’s first settlers. 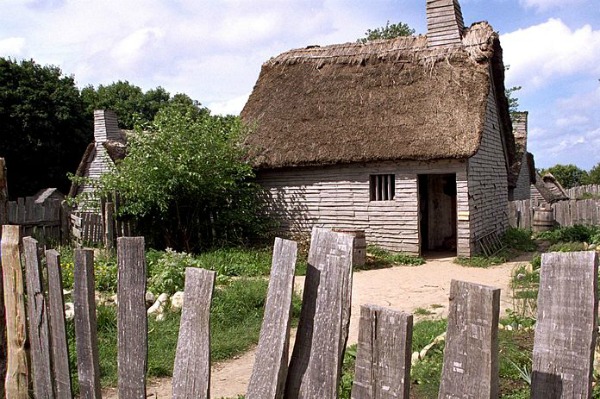 Coastal Massachusetts is postcard scenic and sometimes quaint. The ease with which we navigate the land and the sea would be unfathomable to Myles Standish and John Alden: when the Pilgrims arrived in the New World, it wasn’t as easy and straightforward as some history books and cartoons might have you believe. It was a hard and uncertain existence.

Plimoth Plantation, a living history museum in modern day Plymouth, Massachusetts, recreates the life of these first European settlers. Home sites — both of the Pilgrims and of the Wompanoags with whom they traded — are faithfully represented, as well as an animal barn and craft center. All aspects of what it would mean to live in the 1600s is considered and on display.

Plantation staff assume the personas of real people, dressing as the native peoples and settlers would have in the 1620s, and acting out every part of what would have been a 1620s life (the staff in the Wompanoag site are real native peoples). Staff don’t just dress the part and act out roles — they interact with plantation visitors on a personal level. Ask a question and you’ll get an answer! (Hint: Ask a player about Clark’s Island and Pulpit Rock.)

A couple of miles away on the Plymouth waterfront is the Mayflower II, a replica of the ship in which the pilgrims sailed to the new world. Touring the Mayflower II and the dockside exhibit is included in the combination ticket price — and it’s close to the pavilion housing the purported Plymouth Rock.

Visiting Plimoth Plantation and Plymouth can take the better part of the day. Dress for the weather (though outdoor exhibits are closed mid-winter), and plan rests. The Plimoth Plantation Visitors Center has a cafe, as well as a gallery, family center and supporting media. Near the Mayflower II, there are many refreshment options in downtown Plymouth.

A visit to Plimoth Plantation will give you and your family a much deeper appreciation of the effort and sacrifice undertaken by the pilgrims upon their arrival in America.

10 hrs ago
by Monica Beyer