Planning to go to New Orleans for Mardi Gras? Maybe you should try Mardi Gras Galveston style, where parades and events are suitable for the entire family. 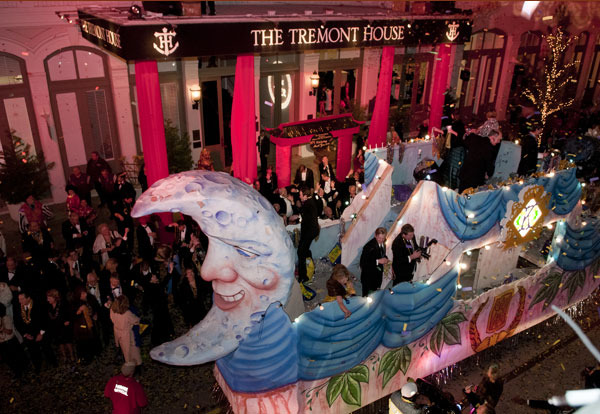 If you’ve been in Houston long enough, then you know that Galvestonians have a lot of pride, too. Take, for example, the acronym “BOI” which means “born on the island.” BOIs use it to distinguish themselves from those of us who, well, were not BOI. It comes as no surprise to those of us who’ve been privileged enough to personally know BOI’s that Galveston is proud of its Mardi Gras!

A tiny bit more of Galveston history should explain things further: In 1900, the then-booming port city experienced the deadliest hurricane this country has ever known. More than 6,000 people lost their lives. The survivors, after clearing the dead and debris, literally rebuilt the city several feet higher than before the Great Storm, as it is called. So, you might say that BOIs have a history of indomitable spirit.

Their Mardi Gras history, while not as tragic, also features ups and downs. Held first as early as 1867, the celebrations of Fat Tuesday (which is literally what “mardi gras” means) flourished with masked galas and lavish parades. World War II brought serious manpower and materials shortages, and so, the end of publicly held Mardi Gras festivities. In 2011, the Galveston gala celebrated its 100th birthday as Texas’ largest Mardi Gras festival. 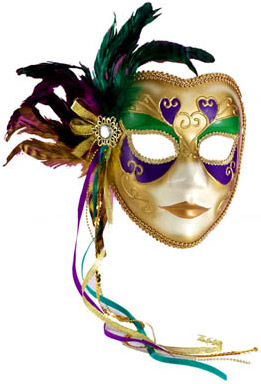 Mardi Gras Galveston, as it is formally known, now encompasses two weekends before Lent, giving everyone ample opportunity to live it up before settling down.

Many, but not all, of the famous masked balls held by Krewes are by invitation only. “Krewes” are defined as, “Committees or social clubs that coordinate parade floats, balls and fundraising activities.” Some Krewes date back to the original Mardi Gras, being open primarily to descendants of ancestral members, while others are brand new groups with more open invitations.

Masked partying is but one of the dazzling facets of Mardi Gras. There are art exhibits, culinary contests, live music in the streets, sports events and of course, the parades. Not just one, but several, each with its own distinct flair. There’s even a parade for kids (the Krewe of Munchkins) and one for pets (the Krewe of Barkus), both held the Sunday afternoon following the big Momus Grand Night Parade. Presumably, Mom and Dad can rise and shine by 2 pm that Sunday. Admission to the Entertainment District is free for children under age 12, if accompanied by a parent or guardian.

Stay on the island

On that note, by far the best way to do Mardi Gras is to stay on the island. Remember — there are only a few ways on to and off an island, so if you decide to commute, you’re in for the gnarliest traffic jam you’ve ever seen. Skip it and rent a hotel, or stay with a friend.

If you’ve been — to or read about — New Orleans’ Mardi Gras, you might feel a tad hesitant to bring the kiddos along. With all due respect to the Big Easy, Galveston’s festivities are geared toward families in a much bigger way. In addition to the Krewes of Munchkins and Barkus parades, the daytime activities are reminiscent of a carnival — lots of fun things to look at, people to see, food to eat. Things do change a little after dark, when the raucous revelers get going, but it’s still quite a bit more tame than bawdy New Orleans. Still, it may be best to leave the little ones at home (or the hotel) after dinner.

The BOIs want to do everything they can to make Mardi Gras Galveston appealing and enticing for families, so check out what they have to offer!