Though it’s known as “the witch town,” Salem, Massachusetts has more to offer than just spooky delights — it can be a fun place to visit year ’round. 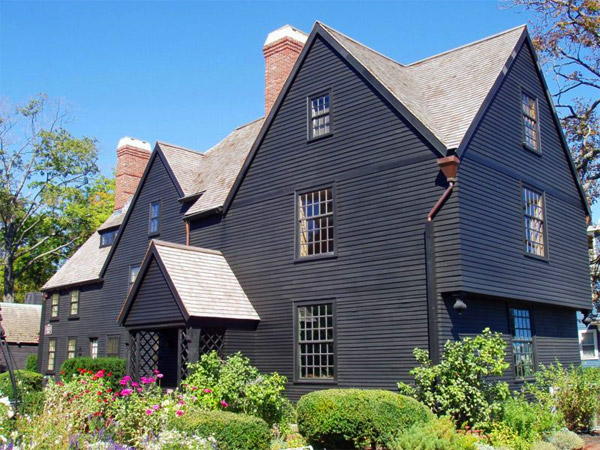 Located less than 20 miles north of Boston, Salem was one of the first Puritan settlements and the sixth city in the United States. Founded in 1626 and located right on the Atlantic Ocean, Salem Harbor became a thriving maritime community long before the witch hysteria rocked the community to its very foundations. Wealthy sea captains built lavish homes along its streets, and the town flourished with the influx of goods and visitors from around the world.

But at heart, Salem, Masachusetts was still a Puritan settlement. Strict religious rules and fear of the devil made it possible for a handful of bored girls to give rise to the false accusations that swept New England, and resulted in the deaths of 19 innocent people in the late 1600s.

Much of the town’s tourist trade now focuses the Salem Witch Trials — the Salem Wax Museum, Dracula’s Castle, ghost tours, the Salem Witch Museum and the Salem Witch Village are just a few of the current attractions taking advantage of Salem’s colorful history. And while visitors shouldn’t overlook some of these unearthly attractions, there’s plenty more to Salem than ghosts and goblins.

Other things to do in Salem

Families with kids of all ages will enjoy the hour-long trolley tour operated by the Trolley Depot leaving from the Visitor’s Center on New Liberty Street (follow the signs from anywhere downtown). The tour gives an amusing and comprehensive view of Salem, and on-and-off privileges are good all day.

After you get an overview of the town, spend some time at the Pickering Wharf, a waterfront dining and shopping area with plenty of free parking. You can see the ships and schooners, leave for a whale watch, have an ice cream cone or get your fortune told by one of the plentiful psychics in the area.

If you’re a literary hound, you won’t want to miss the House of Seven Gables, made famous by Salem resident and author Nathaniel Hawthorne (and shown above). Located at 54 Turner Street, the house and grounds are the centerpiece of Salem’s historic district. There are gardens to wander through, a café and museum with rotating exhibits, and, of course, a gift shop. (The House of Seven Gables is probably best for kids over age 10.)

Another site not to miss is the Peabody Essex Museum, located at East India Square, right across from the Visitor’s Center. Many of the Museum’s collections began with items brought back from foreign lands by Salem’s traveling sons, the sea captains. Now recognized as a site for world-class exhibits, the Peabody Essex Museum has something for everyone, from antiquities to art, activities for the kids and more.

Of course, no trip to Salem would be complete without a visit to at least one of the witch-themed attractions, and you have your choice, depending on how scared you want to get. The attractions and exhibits range from historical (The Salem Witch Museum) to the goofy… and beyond. Just be prepared — you never know who you’ll run into on the streets of one of the most “terrifying” towns in America.