What better place to immerse oneself in Americana than in one of the many museums at the Smithsonian Institution in Washington DC? 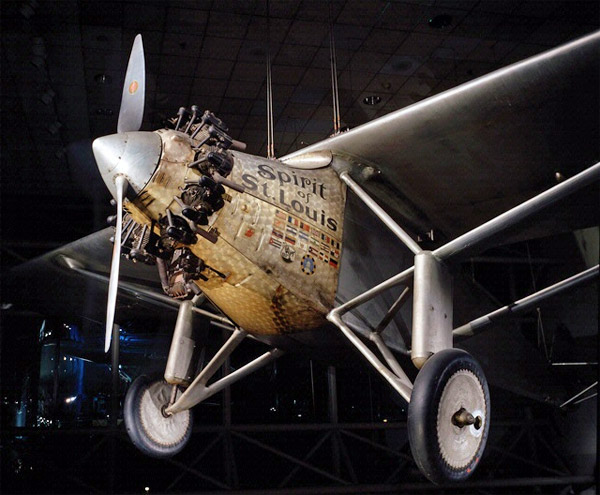 Visit one of 16 museums

Beat the heat and scoot on into one of the Smithsonian’s 16 museums and galleries as well as its spectacular castle and the National Zoo.

Established in 1846, the Smithsonian received initial funding at the bequest of James Smithson. As an independent trust, the Smithsonian contains more than 137 million artifacts and specimens (and 6.4 million digital records available online). Its research center is “dedicated to public education, national service and scholarships in the arts, sciences and history,” according to the website. Once every item in the Smithsonian’s myriad archives and libraries is added to the count, the number will rise to 268 million, and will continue to swell to epic proportions!

While it is impossible to detail each museum or gallery’s jewels, let’s look at a few of particular interest. 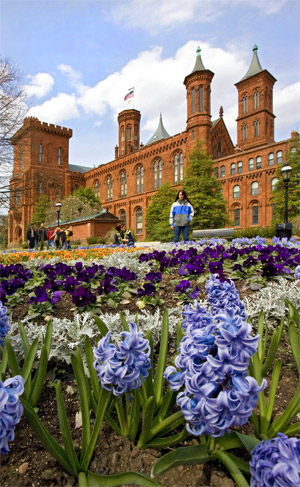 The Castle is where it all began.

The imposing castle is hard to miss in the heart of Washington, DC. Designed by James Renwick Jr., best known for his architectural masterpieces including St. Patrick’s Cathedral in New York City and the Smithsonian’s Renwick Gallery in Washington, DC, the Castle served as the original Smithsonian Institution building. Red sandstone from nearby Seneca Creek, Maryland was used to construct the Norman-style mansion. The Castle was completed in 1855.

The Castle was home to the Smithsonian’s first secretary, Joseph Henry. From 1858 until the 1960s, the Castle housed all Smithsonian’s exhibits and operations. Renovations have occurred piecemeal, keeping pace with the Castle’s age, wear and tear and a fire in 1865.

Currently, the Castle maintains only administrative offices. But visitors can view the north entrance crypt of Mr. Smithson.

The Arts and Industries Building is definitely a slice of Americana. Here, one can view the ever-important and always scrutinized inaugural gowns of our first ladies and much more.

The kids will have plenty to see and do in the west hall’s Discovery Theater. Special programs and performances including contemporary and traditional live puppetry, theatrical performances, dance, storytelling and musicals abound for young children throughout the year.

The National Museum of Natural History will hold great fascination for nature lovers and scientists. They will always have several fascinating exhibits open, some on a schedule and others open year-’round.

Some recent exhibitions have included Eternal Life in Ancient Egypt, The Evolving Universe and Dinosaurs in Our Backyard; while some permanent exhibits include The Sant Ocean Hall, Hall of Human Origins and The Hope Diamond.

Reach for the stars

The Smithsonian’s National Air and Space Museum (NASM) is also a must-see. Boasting the largest collection of air and spacecraft in the world, NASM is also an aviation and space research center. 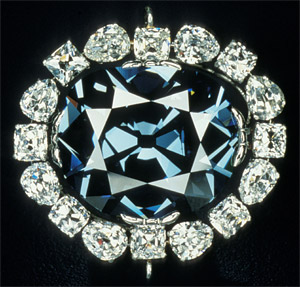 Visitors can get an up close and personal view of the original Wright 1903 Flyer, Charles Lindbergh’s Spirit of St. Louis which is suspended from the ceiling in the National Air and Space Museum’s Milestones of Flight gallery (and seen at the top of the page), an Apollo 11 command module, and a touchable moon rock.

Hundreds of artifacts are on display and new exhibits illustrating air and space technology’s impact on society and science are continuously introduced.

The kids are sure to enjoy a plethora of shows at the Albert Einstein Planetarium and the Lockheed Martin IMAX Theater. The Planetarium’s 70-foot diameter dome offers would-be space explorers an adventure of a lifetime, giving them a visual study of our universe and the constellations. Programs, like SkyQuest, are available for children as young as four, and free 30-minute lectures on current developments in astronomy take place each Thursday.

The five-story, six-channel digital surround sound IMAX screen in the Langley Theater offers such spectacular showings such as a view of Earth from the open cargo bay of the Space Shuttle, a hot air balloon and the solar system.

The Smithsonian Institution is open daily, except Christmas Day. For those unable to get to the museums and galleries, virtual tours can be taken from the website. Either way, you’ll walk away beaming with pride at our Yankee ingenuity.

More on the Smithsonian

More: For complete information on admission and hours, click here or call 202.633.1000. Admission is free for all Smithsonian museums and the zoo in Washington, DC, and the American Indian Museum’s George Gustav Heye Center in New York. Tickets are not used for general admission.