The Grand Canyon. Its beauty and majesty have inspired countless artists, photographers and even musicians. No matter how inspired the works of art, however, it just doesn’t compare to actually experiencing the real thing. 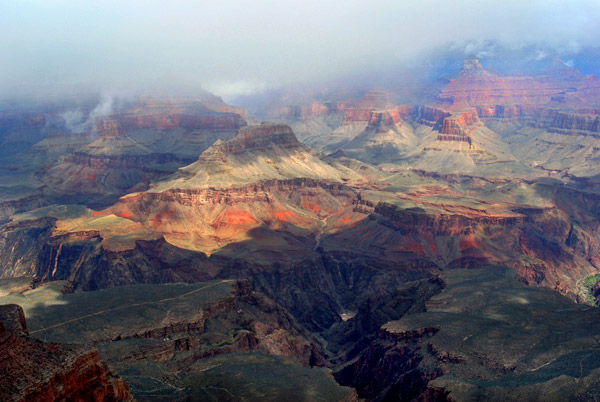 The first glance at the Grand Canyon is awe inspiring. A child of about eight stood next to us and just kept repeating “Wow, wow, wow, wow.” Even as his parents led him away towards the next vista, we could still hear his “wows” trailing behind him.

On second glance, you realize that, even though this is the “real thing” it still looks fake, much like a two dimensional mural. The thing is, it’s difficult to get a true feeling for the canyon’s size. You really need to see something that puts things into perspective. A helicopter flying over the canyon, that appears no larger than a speck of dust will do the trick. From the rim, it doesn’t seem so far to get a quarter of the way down, until you spot a mule train in this area that looks like a trail of tiny ants.

One of the seven natural wonders of the world, the canyon covers a land area of 1,904 square miles. There are many ways to experience the Grand Canyon, depending on the amount of time you have, the weather conditions and your level of physical ability. This article will cover several of the best options. 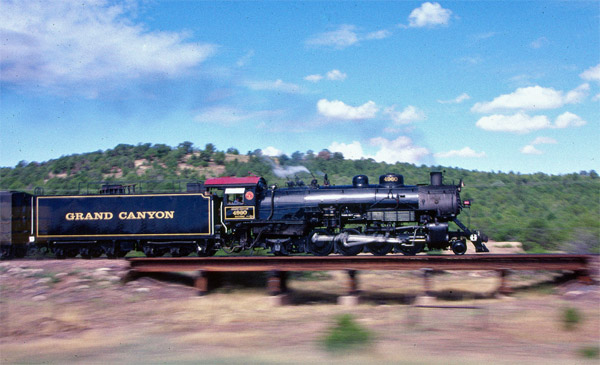 One of the nicest ways to the see the Grand Canyon, especially if you have limited time, is to take the Grand Canyon Railway from the historic town of Williams, Arizona. Featuring turn of the century steam engines, 1950’s diesel locomotives, authentically restored Harriman coach cars, a club car, dome car and luxury parlor car, the train covers 65 miles in about two hours, leaving passengers at the 1910 Grand Canyon Depot near the famous El Tovar Hotel on the canyon’s South Rim.

Before the train departs, passengers are treated to live wild west entertainment, which continues while on board (the train has even been known to be held up by bandits). Coca-Cola in keepsake bottles is given to each passenger while on the journey, and five grades of service are available — including hand-delivered food and beverage service.

Once at the Canyon, you will have three and a half hours to explore on your own or take a bus tour (tour tickets are sold on the train) before the return trip to Williams. (Bus tours are covered in more detail later in this article).

If your time is short, or if you’re a train buff — or both — The Grand Canyon Railway is an excellent way to get the most out of your visit. This is also an environmentally sensitive way to visit the canyon as it helps to cut down on traffic within the park. In fact, tourists riding the train save about 52,000 vehicles per year from entering the park.

There are train/hotel packages available as well as options to extend your time in the park. For more information or reservations call the Grand Canyon Railway at (800) THE TRAIN (US) or (520) 773-1976. You can also visit their web site at thetrain.com. Photo above by Slideshow Bruce.

Bus Tours/Options for those not physically active 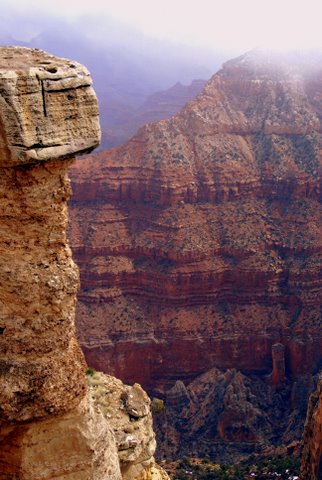 There are a wide variety of tours available at the Grand Canyon offered by authorized National Park Service Concessionaires. Filled with many stops, the tours are a perfect way to see the most in the least amount of time. For more information or tour reservations call 303-29-PARKS.

The available tours are as follows:

9 hrs ago
by Karen Johnson