Got an aspiring film buff in the house? This is the camp for them! 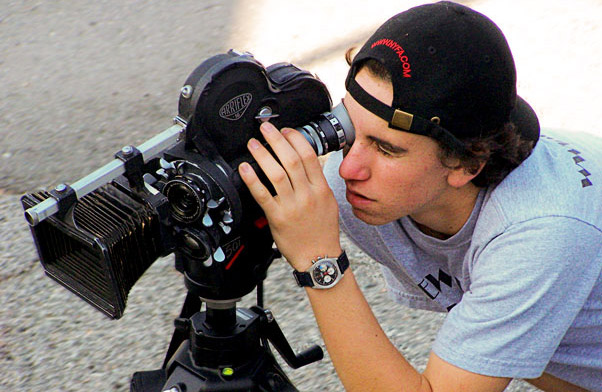 The premiere film and acting camp in the world has locations at Harvard University, Yale University, Universal Studios, Hollywood, Disney Studios – so in Florida, Paris, Florence and London.

The courses are taught at the same level for high school and tween students as their college programs, using the same instructors, equipment and assignments. Students who partake in these camps eat, drink and breathe filmmaking, acting, or animation from day one.

The classes emphasize hands-on learning and inspire creativity. They also provide hard facts students need to begin the process of developing creative, thought provoking, and entertaining work. This is not a course for passive participants — students must take an active role in every aspect of the Camp.

Activities also vary from location to location. At Universal Studios, campers go to the theme parks, have Hollywood guest speakers. They also go to the Hollywood Bowl, attend tapings of TV shows, movie premieres, etc. Students in NY will, of course, spend time in Central Park, go to Broadway plays, visit museums and explore all of the unique neighborhoods in Manhattan.

Overseas students will be immersed in the culture and sites of the city they are attending camp in. Every housing situation is different. Some camp locations have students living in dorms, others in corporate housing (Universal Studios) and at Disney in Orlando, they stay in a Disney resort hotel.

Their camps are primarily composed of a student body who share a passion for storytelling; whether that’s through filmmaking, acting, writing or animating. They treat their students as serious, young storytellers and do not water down their curriculum in any way just because they are teenagers. Students appreciate being treated like young professionals and being taken seriously.

The exposure to the equipment, facilities and level of instruction they receive is unparalleled. For many students, this experience cements their passion and defines their future goals for college and ultimately their potential life career. This program is a true coming of age experience in which they grow and mature creatively and personally.

All locations teach the same curriculum, use the same equipment and even have the same instructors (they fly out LA and NY teachers to the summer locations like Orlando, Paris, Harvard, etc. to teach just for the summer there). The only difference really is where they shoot their films and the kinds of activities they do which are dependent upon the physical location of the camp.