Family fun in Pennsylvania is always right around the corner in the form of a sporting event. With seven professional sports franchises, there is seemingly always a game to attend no matter the season. Many consider Pennsylvania sports fans the most passionate in the country, and if you attend a game, you will quickly find out why! 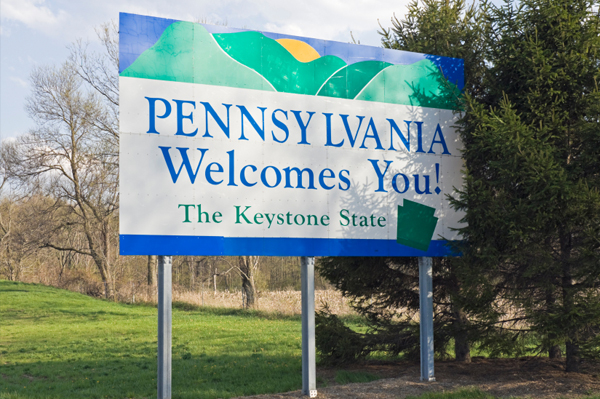 Established in 1933, the Eagles are a religion in Pennsylvania. Although the football team has never won a Super Bowl, that hasn’t stopped their fans from having a passionate love for their team. Although the Eagles are rebuilding, their younger, faster squad is very exciting for the whole family. Games are played at Lincoln Financial Field.

The most storied team in any sport in the state, the Pittsburgh Steelers utilize rugged play to bring home Super Bowl championships. With six Super Bowl trophies, no NFL team has more. Taking kids to a Steelers game at Heinz Field will produce memories that won’t soon be forgotten.

Love baseball? You owe it to you and your family to take in a Phillies game. The Phillies have arguably the best core of players in the sport and you are sure to see a lot of talent on display each and every night. The Phillies, who play at Citizens Bank Park, have won two World Series titles — with the latest coming in 2008.

Though the Pirates haven’t had a lot of luck on the baseball diamond as of late, taking in a game at PNC Park is tons of fun for the family. Tickets are cheap, the atmosphere is laidback and the fans are friendly. The Pirates have a handful of World Series victories but none since 1979. However, that won’t stop the kiddos from having a blast.

Founded in 1967, the Philadelphia Flyers were the first non-original NHL franchise to experience success in the hockey league. That success continues today. Currently playing their home games at the Wachovia Center, the Flyers have 15 division titles, eight conference titles and two Stanley Cups. That amount of winning has made catching a Flyers game a must-see event.

When you think of the Pittsburgh Penguins, the first thought that pops to mind is of Sidney Crosby. The young Canadian-born sensation has already led the Penguins to one Stanley Cup victory — during the 2008-09 season. With Crosby leading the way, the Penguins offer an upbeat environment at the Consol Energy Center with the added bonus of seeing a great player on ice.

The only professional basketball team in Pennsylvania is the Philadelphia 76ers. With three championships in the history of the franchise and a trip to the NBA Finals as recently as 2001, the Sixers have long been one of the most successful teams in the NBA. Like the Flyers, the Sixers play their home games at the Wachovia Center. Since the team hasn’t made noise in the playoffs in a few years, now is the time to score some cheap seats and take your family to the game.