Ohio residents are avid sports fans, and attending sporting events is a popular activity throughout the year. Each city has its own set of allegiances, from the Buckeyes in Columbus to the Bengals in Cincinnati, devoted fans abound. Farming is a major contributor to the state’s economy and proof of the bounty produced in Ohio can be found in the various festivals held throughout the year featuring gargantuan pumpkins and free-flowing maples. 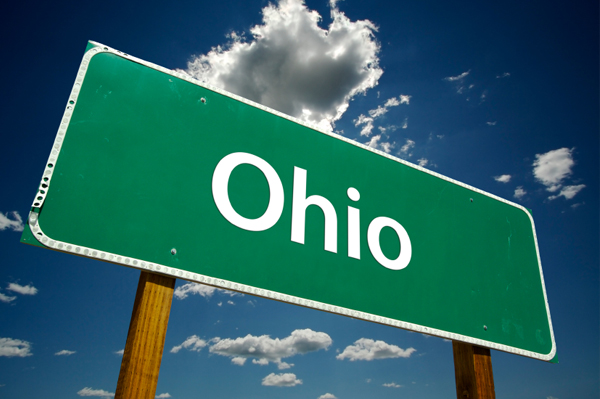 Though Cleveland is home to a number of amazing festivals all year long, some of the best are held in the spring and summer months — from March through August. Here are just a few of the top festivals in the Cleveland area.

Ohio is the third largest US producer of Maple Syrup. Every March and April, for the fleeting early weeks of spring when the trees freeze at night and thaw during the day, the sap of maple trees flow into metal buckets throughout the state. Maple farms predominantly located in northeastern Ohio hold maple sugaring demonstrations and will teach families how the delicious syrup is boiled down from rivers of sap. The Geauga County Festival takes place over four days in late April and is a sweet celebration of all things maple.
Main Street, Town Square,  Chardon, OH.

Held in the University Circle neighborhood of Cleveland each May, Hessler Street Fair is a popular annual arts and musical festival with a history dating back to 1969. The festival attracts more than 10,000 visitors each year. The events and activities, which include arts and crafts vendors, street performers, live music, food booths and more, take place on Hessler Road — a one-way brick street that was declared a historic district decades ago. Hessler Road is directly adjacent to Case Western Reserve University, near Mayfield and Euclid.
11326 Hessler Road, Cleveland, OH 44106 216-556-3716

In May in Cleveland, you’ll also love the Great American Rib Cookoff and Music Festival. The event has been a Cleveland tradition for over 20 years and features an amazing menu of food and live music. In recent years, the festival has been held over Memorial Day weekend in downtown Cleveland at Jacobs Pavilion at Nautica.

Every June, the skies of Coshocton are transformed for three days into a colorful display of hot air balloons. Head over to the festival which has free admission for country music, fireworks, crafts, food, and, of course, the thrill of dozens of colorful hot air balloons.
Coshocton, OH.

Located in the Cleveland suburb of Twinsburg, this popular festival has been a favorite since 1976. The events aren’t just for twins — everyone can enjoy a good time here. The festivities include a twins parade, food, live entertainment, golf tournament and much more.
9825 Ravenna Road, Twinsburg, OH 44087 330-425-3652 Daily admission: $3

Located in Cleveland’s Little Italy neighborhood, the Feast of Asssumption is an annual four-day street fair that celebrates the Catholic Day of Assumption — when the Virgin Mary died and took her place beside Jesus. This fun-filled festival features delicious Italian food, live entertainment, carnival rides, arts and craft booths and more. This festival is sponsored by the Holy Rosary Catholic Parish.
12021 Mayfield Road, Cleveland, OH 44106 216-421-2995

The Columbus Arts Festival began back in 1961 as a “Festival of Arts” on the Statehouse lawn. Now, it’s grown into on of the most popular and acclaimed arts festivals in the nation. Held in June each year, the festival returns to the downtown Riverfront in 2012. With over 240 artists, gourmet food from top restaurants, live entertainment and hands-on arts and crafts, your whole family will enjoy this amazing festival.
100 E. Broad St. Columbus, OH 43215 614-224-2606

The Ohio State Fair lasts 12 days, beginning the first week in August. You almost need that much time to take in all the entertainment options! In addition to more fried foods than you could ever consume, the fair also offers petting zoos, rodeos, tractor pulls, horse shows, fishing and lumberjack shows, and concerts from big name entertainers.
717 E. 17th Ave., Columbus, OH 43211 800-324-3337

Every August, Irish fans from around the world pour into Dublin, Ohio for the Dublin Irish Festival. The three-day festival features bands, dancing, crafts, food and drink all celebrating Irish heritage. Visitors will forget they are in the center of Ohio as men in kilts speaking in brogue file by them. Kids will find plenty to do in the daytime, but at night the festival has plenty of entertainment for adults.
5600 Post Road, Dublin, OH, 43017. Daily admission is $10 for individuals 13-59. Seniors are $7. Children 12 and under are free.

The Circleville Pumpkin show is Ohio’s largest and oldest harvest celebration. Held yearly since 1903, the pumpkin show is scheduled in late October every year from Wednesday through Saturday. The festival literally shuts down Circleville to give way to giant pumpkins over 1,500 pounds, concerts, cooking contests, parades, beauty pageants, and pumpkins cooked every way imaginable such as: pumpkin pies, donuts, pancakes, cookies, burgers, taffy, ice cream, cake, waffles, cream puffs, fudge, brownies, pumpkin blossoms and many other concoctions that can be made with pumpkin. Other festival type foods are readily available as well. Admission to walk the streets of the fair is free.
Circleville, OH.

In addition to the spectacular festivals in the Cleveland and Columbus areas, you can enjoy a number of other festivals and fairs throughout the state at various times of the year. Some of our other favorites include Oktoberfest Zinzinnati — the largest authentic Oktoberfest this side of Munich, as well as the Macy’s Music Festival (held in July in Cincinnati) and the Legendary Christmas Lights at Clifton Mill during the holidays.