Arizona is so much more than just the desert. The landscape is varied and beautiful, much of which can be appreciated when you plan a day trip with the family. 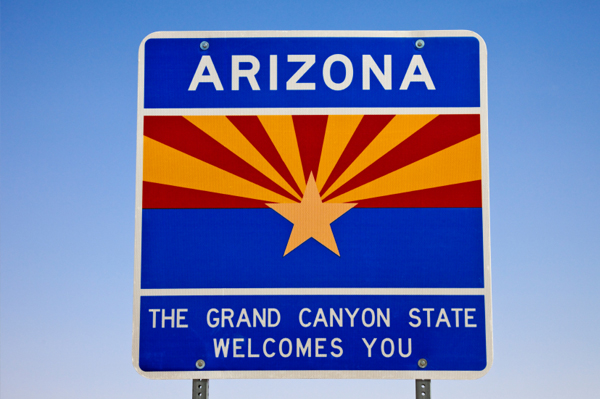 Experience one of the Seven Wonders of the World in this old-fashioned railway and travel the historic rail line that passengers rode more than a century ago. Departing daily from the Williams, Arizona depot (about 3 hours north of Phoenix), the train offers five vintage locomotives and entertainment by strolling musicians, cowboys and remarkable views.

Journey to the center of the Earth at Kartchner Caverns State Park. These awe-inspiring caverns were originally discovered on private land in 1974 by two young cavers, Gary Tenen and Randy Tufts. Two guided tours will lead you to different “rooms” within the caverns where you’ll discover the role that water played in the creation of Kartchner Caverns and see some of the most delicate formations, including stalactites, stalagmites and coral pipes.

Under the Mogollon Rim

This all-day adventure takes you through gorgeous scenery up to Arizona’s mountain country below the Mogollon Rim via highway 87. At Payson,  stop to see a replica of the Zane Grey cabin on Main Street in Payson; stretch your legs at Tonto Natural Bridge State Park, about 10 miles north of Payson; or visit the Pine-Strawberry Museum in Pine.

To explore Old Town, park your vehicle and then make your way to the intersection of Scottsdale Road and Main Street. The three blocks of shops on the east side of Scottsdale comprise the Old Town District; the galleries on the west side and along Marshall Way make up the Arts District. For lunch, local friends recommend The Grapevine on Brown Street and Oregano’s Pizza.

Founded in 1863, Prescott was Arizona’s first territorial capital. The Courthouse Plaza is the focal point of old Prescott. Historic downtown buildings surround the plaza, and Whiskey Row, a reminder of Prescott’s wild mining and ranching history, still boasts several of the 50 saloons that once lined Montezuma Street. Art galleries and boutiques have replaced most of the old saloons.

Meteor Crater was formed in 20,000 B.C. when a meteoric mass, traveling 33,000 miles per hour from interplanetary space, struck Earth. The impact, blasting nearly a half billion tons of rock from the surface, destroyed all plant and animal life within 100 miles. Combine this trip with a visit to Homolovi Ruins, Painted Desert, and the Petrified Forest National Park.

Head out toward the Santa Catalina Mountains and leave the city of Tucson behind. One of the beauties of this day trip is that you can enjoy some of the area’s most magnificent wilderness so close to a city. Both Sabino Canyon and Mount Lemmon have endless trails to hike on and acres of serenity to enjoy.

The Apache Trail was built between 1903 and 1905 as a supply route for the construction of the Theodore Roosevelt Dam. Along the route, stop at the turnouts overlooking Canyon Lake and Apache Lake, or drive down for a picnic. Tortilla Flat is an old stagecoach stop with a museum and café. Enjoy the scenery and the spectacular descent into Fish Creek Canyon.

Experience the majesty and variety of Arizona by taking the family on any one of these day trips!

16 mins ago
by Kristi Pahr