Sports are a part of almost every family, and Arizona is a sports lover’s paradise. Whether your child is a budding athlete, or you want to find a great place to bond, visit any one of Arizona’s sporting venues — featuring basketball, baseball, football, hockey, racing or golf — for a time to be remembered! 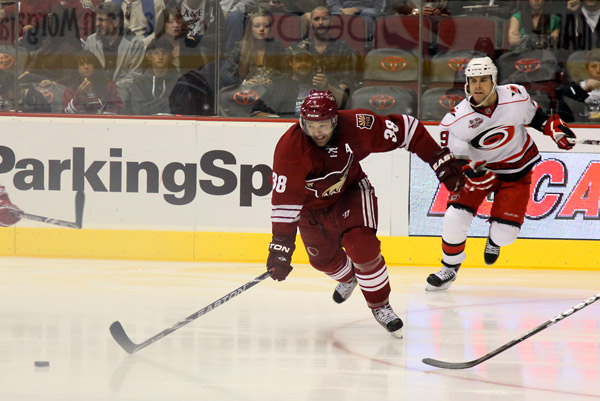 Hockey in the desert? Absolutely! The Phoenix Coyotes are Arizona’s lone National Hockey League (NHL) team, playing in the Pacific Division of the NHL’s Western Conference. Beginning life in 1972 as the WHA’s Winnipeg Jets, the team relocated to Phoenix for the 1996-97 season and became the Coyotes. Since moving to the Valley of the Sun the Coyotes have made the playoffs seven times, so they’re no stranger to regular season success.

The Coyotes call Jobing.com Arena in Glendale home since 2003, a purpose-built hockey arena seating over 17,000. Parking at the arena is free and there are tons of family-friendly restaurants and shops next door in Westgate City Center.

Catch them in action during the NHL season, which runs from October through April.

More about the Phoenix Coyotes