Chances are good that you have scolded your child more than once to “Stop daydreaming!” But what if daydreaming is actually the key to making your kids smarter? 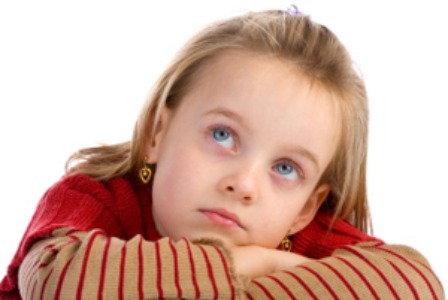 When many of today’s parents were growing up, life seemed to move along at a slower pace. Long summer afternoons could be filled by nothing more than lying in the grass and analyzing shapes in the clouds. Fast forward to the childhood of our children and nothing seems the same.

The fast-paced world we inhabit has made time for daydreaming virtually non-existent. In fact, many of us perceive daydreaming as laziness. Could it be that our kids are missing something important?

Think of your brain as a computer. Your working memory can be compared to the random access memory (RAM) inside. The more you have available, the faster and more efficient your computer becomes. Likewise, when our working memory capacity is higher, it translates to a higher IQ and better reading comprehension. As your child moves up in school, poor reading comprehension is one of the biggest barriers to learning — in every subject from science to math. What if there was a direct relationship between daydreaming and working memory?

Researchers Daniel Levinson and Richard Davidson at the University of Wisconsin-Madison teamed up with Jonathan Smallwood at the Max Planck Institute for Human Cognitive and Brain Science. They were interested in finding out how a person’s working memory capacity correlates to whether or not their mind wanders during a routine task. Their study results were published in the journal Psychological Science.

What these researchers found was a clear correlation between the two. “People with higher working memory capacity reported more mind wandering during these simple tasks,“ says Levinson. Even though these test subjects let their minds wander more, their test performance was not compromised. “What this study seems to suggest is that, when circumstances for the task aren’t very difficult, people who have additional working memory resources deploy them to think about things other than what they’re doing,“ says Smallwood. Finding a positive relationship between working memory and wandering thoughts suggests that off-topic thoughts may actually be a very important part of your working memory.

Letting your brain work for you

Sure, we would all love to have our children score high on IQ tests and read at a college reading level, but it’s not just about intelligence. Daydreaming allows the many different parts of our brains to collaborate and work to solve problems, according to Malia Fox Mason, Ph.D., who is a professor at Columbia University. “By allowing your mind the freedom to roam, the chances that you’re going to have an insight are much higher,” she shares. “It’s likely that you are going to recombine pieces of information in a novel way.” If your daughter looks like she’s staring into space when she is in the midst of math word problems, her brain just may be finding a new solution — and she doesn’t even know it.

Del Shannon is a civil engineer, writes award-winning essays and is the author of Captain Disaster, a novel for kids. He wrote an essay on how much daydreaming he did as a child, and how different it is for kids now. “Collectively we’d best help our children by reopening the freedoms we have taken from them in the last 30 years because we are, quite literally, constraining their intelligence,” he shares.

Shannon also feels that over-scheduling stifles children’s daydreaming and imagination by labeling it unproductive, and children aren’t fully developing their intellectual abilities. “Providing our kids the time and freedom to daydream, explore and imagine on their own has been unnecessarily, and some would argue tragically, constrained,” he says. “Instead of scolding children for staring off into the distance, seemingly in a daze, we actually should be encouraging them to do more of this… preferably while wearing a cape!“ Shannon adds.

The next time you catch your child daydreaming, give her a little space. It may be just what her brain needs.

More about kids and learning