Which baby boy name is rising in popularity the fastest? If you are looking for a cool and unique boy name this list is for you! The Social Security Administration released its list of those boy names that are climbing the list the fastest — and you may be surprised to see the influence of pop culture, including Duck Dynasty! 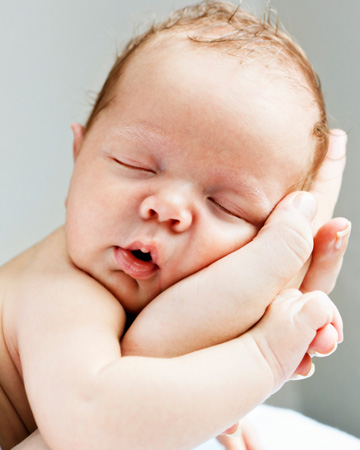 Check out the top 100 baby names of the year, but if you are looking for a truly unique name you may be more interested in this list showing the boy names that are increasing in popularity the fastest, taken from the Social Security Administration’s top 500 list.

Last year, the name Brantley was the boy name rising in popularity the fastest. This year’s big winner goes to the name Major!

Major is the boy’s name that is showing the biggest rise in popularity. Why? “I have no doubt Major’s rising popularity as a boy’s name is in tribute to the brave members of the U.S. military, and maybe we’ll see more boys named General in the future,” said Carolyn W. Colvin, Acting Commissioner of Social Security.

The agency said Major’s rise in popularity could also be in part due to the popular show, Home by Novogratz, because Cortney and Robert, the designers on the show, have a son named Major.

Major isn’t the only tough baby boy name to climb the chart. Maverick, Gunnar (and the alternate spelling Gunner), Iker and King are all names that are guaranteed to make your son be the toughest kid on the playground.

Jase is another buzz-worthy boy name — possibly due to the popularity of the A&E reality show Duck Dynasty and the main character Jase Robertson.

Out of this world baby names

Parents are also setting lofty aspirations for their kids with the up-and-coming names King and Messiah.

Preppy baby boy names are a great a choice for your son who is headed to that top Ivy League school. Names such as Rory, Barrett, Remington, Lincoln, Graham and Emmett are all preppy boy names climbing in popularity.

These All-American boy names are a great choice because they never go out of style.

Check out the hottest new baby girl names of 2013 here >>

Top 100 baby names of the year
Baby boy names with serious swagger
From Brantley to Declan: Hottest boy names of 2012

21 hrs ago
by Carly Leahy