Bullying seems to be the hot topic among parents of school-aged children these days, but what exactly constitutes bullying? Some general goofing off and teasing is just the nature of growing up and being kids. 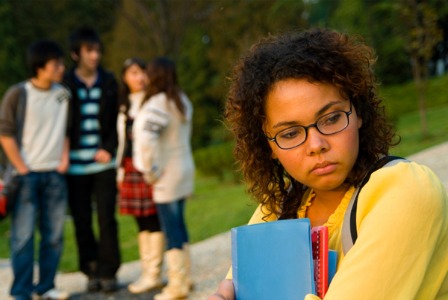 With the cultural bias toward bullying, have we swung too far in the opposite direction and declared too many things as “bullying” behaviors?

When is a bully not a bully? The fine line between playing around and being bullied is getting harder to see. With some parents preferring a zero-tolerance approach while others want to just “let kids be kids” the definition of bullying may be changing.

When does good-natured teasing turn the corner and become bullying? In the simplest definition, bullying behavior consists of an imbalance of power (either physical or social) and happens consistently over a period of time. This is different from a one-time-only type of interaction because the bully continues to inflict the hurtful behavior time and time again. This is where some people are confused, and wind up calling any unpleasant interaction a bullying situation. Victor Neves has been teaching for over 20 years, and has plenty of experience with these scenarios. “Intent doesn’t matter,” he shares. “If a weak person is persistently attacked or even menaced by a stronger person, it’s bullying.”

Jim Dillon is a retired elementary school principal, the author of two books on bullying and a consultant on the subject. We asked Dillon how he was able to provide effective discipline and put an end to acts of bullying — or perceived bullying — in the school setting as a principal. “Not every negative or inappropriate interaction is bullying,” says Dillon. “I would take each incident separately and find out what actually happened. I needed to know the prior relationship among the students involved and determine if there was an imbalance of power.”

He shares that not only physical size differences or social status can create an imbalance of power, but age can also be a factor.

While disciplining the bully with suspension or time spent in the principal’s office may seem like the best solution, the whole school needs to be educated on bullying behavior to truly make a change. When a child is being bullied, there are usually bystanders who are in a position to do something, who often just stand and watch. “I approached bullying prevention as an educational issue, where all kids — including bystanders — needed to learn better ways of interacting and being responsible to each other,” he shares. “Just assigning blame and punishing the student who might have bullied does not solve the problem in the long run,” he adds. The difficulties in dealing with these situations is often compounded by the fact that the parents of the victim are often quite upset and want immediate discipline or suspension for the bully.

When is it just goofing around?

Aside from true bullying behavior, there is just plain roughhousing that kids are always doing. Lots of the teasing and goofing around that happens between friends on the playground is a bit of give-and-take, figuring out social skills and learning to get along. “Goofing around must never, but often is, be mistaken for bullying,” says Neves. “When this error is made by adults, kids learn to use the word [bullying] as a trigger — because kids want to be on the strong side of the power equation.”

“When I see two 5-year-old boys rolling around on the playground engaging in roughhousing, I don’t see bullying, but normal behavior which is necessary for boys to learn social skills,” says Abigail James, Ph.D. who is a classroom teacher and author. “Yes, one or the other may get a scrape or tear the knees in his pants, but this is normal. Young boys need the chance to learn what the limitations are for physical engagement and they only learn that by crossing the lines. They don’t mean to hurt each other, they just need the physical engagement,” she adds.

Margaret Lisi has a son in sixth grade, and has taught him to differentiate between playing and bullying. “Having watched these kids, with whom he’s been in class since kindergarten, they push, headlock, trip, noogie and otherwise physically beat each other up as a part of their interaction,” she shares.

“My son was bullied in third grade… and his father and I have had to moderate our reactions to his claims, since we found out there usually is another side of the story that we don’t get from him,” she adds.

“Bullying takes the smile and joy out of a child and makes them feel sad, helpless, angry and lonely,” says Renee Petro, whose daughter has dealt with verbal bullying from girls, as well as physical “bumping” made to look accidental. “I would call the school and tell them about this but it would make it worse per my daughter. So if she comes home crying or anything physical happens or she asks me to take her home from school early… I will call the school principal and guidance counselor and ask them to take action, or I will contact [the] school board and the superintendent,” she says.

Spend time with your school-aged kids acting out different scenarios, to help them distinguish between harmless playing and bullying. If we continue to overuse the term “bullying” it may be more difficult to stop.