Britney Spears is back and better than ever as she flaunts her bikini body on the June issue of Shape magazine. The mom of two shares her exercise and diet secrets (which include the occasional cookie dough splurge!) for looking amazing after kids. 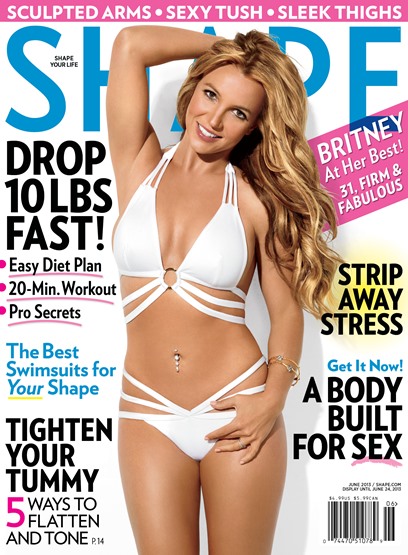 Britney Spears looks amazing on the cover of the June issue of Shape magazine in a sexy white bikini from Deja Soleil Swimwear ($80 each piece) which shows off her toned physique and signature belly ring.

The 31-year-old singer, who has two sons (Sean, 7, and Jayden, 6) admits that getting her bikini body back after having two kids wasn’t easy!

The “Scream and Shout” singer said she does both yoga and cardio to keep her famous body in tip-top shape. 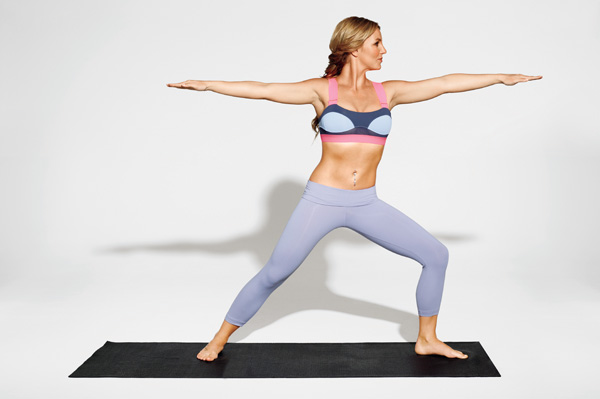 “I’m doing 90 minutes of yoga twice a week in addition to a lot of cardio — hour-long sessions three times a week with my trainer, Tony Martinez,“ said Spears, who shows off her favorite moves in these photos from Shape magazine.

Spears said that she likes to switch up her yoga routine and has her trainer add in fun drills so she doesn’t get bored. She also cranks some of her favorite tunes to help movitate her, including Whitney Houston’s “I Wanna Dance with Somebody” and Bruno Mars’ “Locked Out of Heaven.”

The busy mom is not getting in shape just for swimsuit season, but she is also getting ready to perform a stint in Las Vegas at Planet Hollywood this fall. “The [Vegas] performances won’t be simple — they’ll be a massive party from start to finish. And to pull this off, I have to be in top condition and running at full speed,” she said. 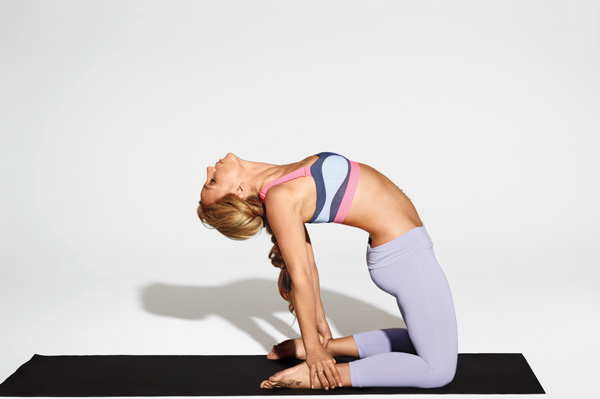 Spears said that her diet includes the Nutrisystem plan, which consists of a shake for breakfast and lunch and protein with vegetables for dinner, which she says keeps her full so she won’t be tempted to overdo it with the food she makes for her sons.

“Dieting is tough… because my specialties are spaghetti, brownies and chocolate chip cookies. I try not to make those too often or I’ll eat the whole bowl of dough,” she told Shape.

“When [the boys] come over, the snacks are constantly piling up, and I constantly have to feed them. I’m like, ‘Jesus I want fried chicken too!’” she recently told Extra!

Even though The X Factor judge has her hands full with her two sons and her Vegas show, she recently told Extra! host Mario Lopez that she wants a baby girl. Lopez told Spears he was “very jealous” that she has two boys (he has a 2-year-old daughter) and Spears responded, “Awww, I want a girl!”

”Oh, you do want a girl! So later on, maybe a little girl?” Lopez asked her. “Yes!” she replied back.

So stay tuned for that one, but in the meantime, we can expect to possibly see Sean and Jayden join her on stage in Vegas.

”They do like attention, so I think they would probably be good in the limelight,” she told Lopez. ”We’re taking baby steps right now as far as agencies and stuff go, but they’re little comedians, so we’ll see.”

Find out more about Spears’ fitness routine, including her exclusive yoga routine, in the June issue of Shape magazine, which hits newsstands on May 20.