Ashley faced unique circumstances when her third child became ill and doctors didn’t know why. Now that she has his diagnosis (a rare genetic duplication that she and a daughter also share) she is finding out that she isn’t alone. 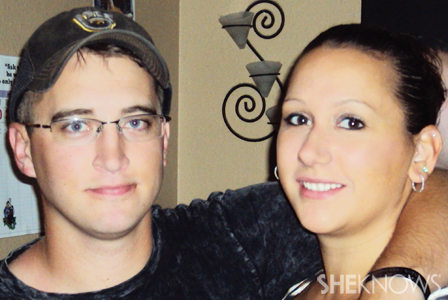 Ashley and her husband, David, live in Wisconsin with their three children: Alexis, Mackenzie and Ethan. They are expecting another baby girl this September, and she feels ready for anything — especially after they went through a long and complicated diagnosis process to find out their little boy has a rare genetic duplication. This is their story.

Two girls, then a boy 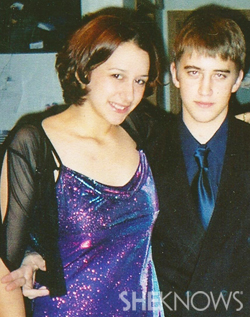 Ashley “met” her husband on the day she was born. A sweet story, to be sure — her future mother-in-law was pregnant with David and was her mother’s labor and delivery nurse. They attended kindergarten together, and reconnected in high school. They grew inseparable and were married in 2004, after which he joined the army.

Their two daughters entered their lives after typical textbook pregnancies and natural vaginal deliveries, and had healthy childhoods. She suffered a miscarriage after her second baby was born, then got pregnant with her son. “My pregnancy with Ethan was really complicated from the start and I was full of worry,” she remembered. “I had unexplained vaginal bleeding so many times I lost count. In my second trimester they found I had placenta previa and I was on pelvic rest and some restrictions almost my entire pregnancy.”

Despite the difficult pregnancy, Ethan was born healthy, and for the first 10 months or so, he too was a typical baby and was — and still is — a happy addition to their home.

The first signs of a problem

Ethan was breastfed for close to 11 months and he was never sick during that time, but when he was weaned, he started getting frequently sick. “He had ear infections, bronchitis (twice), cold symptoms with a high fever (103-104 rectal temps), strep, not sleeping, decreased appetite, projectile vomiting (where everything he ate that day would come out, without a warning or a sound) and waking two to four times a night to eat,” she explained.

“His food would come out undigested (even bananas), he sometimes had white poop, had a distended belly, tummy aches and gas, and he wasn’t gaining or growing properly. It was a nightmare!“

Ethan was initially diagnosed with failure to thrive before his first birthday. Their first pediatrician wasn’t doing enough to help her son so she fired him and went to another, who immediately referred them to a GI — a gastroenterologist. The first GI diagnosed him with Crohn’s disease when he was around 14 months old, but this was disputed by a second GI who did a complete workup when he was 27 months old. “The doctor found a zig-zag malformation in his duodenum that could have been causing the vomiting,” she explained. “During that same time of testing, Ethan had his tonsils and adenoids out because they were huge and he was having sleep apnea issues.” 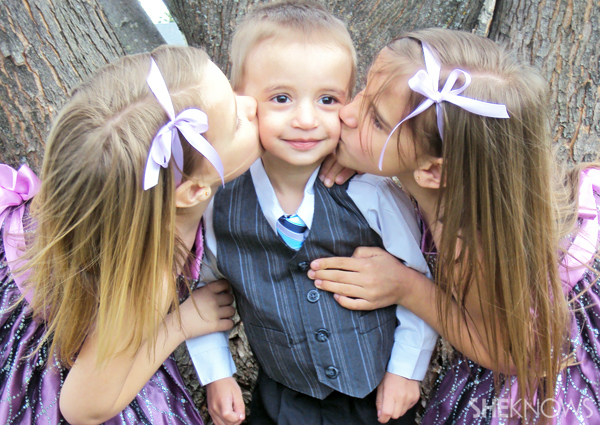 Ashley said that they discovered the duplication by chance. A neuropsychologist that they were referred to by the first GI did an evaluation on him. “She said he was delayed in his expressive speech, but she felt that with all of the other health issues going on, a trip to the geneticist was in order,” she told us. “She told us, ‘Don’t worry!’ She didn’t think anything would come back abnormal — but it should be done, just in case.”

It turns out that Ethan has a duplication called 16p13.11. This is a microduplication syndrome in which there is an extra copy of a very tiny piece of chromosome 16. They also tested Ashley and her husband, and Ashley has it also, which means she likely passed it on to him. “I was devastated by the news and it took a long time for me to come to terms with it,” she remembered. They also tested Alexis because of her resemblance to Ethan, and she also has the duplication. Their other daughter is in the process of being tested.

As the syndrome is so rare, there aren’t a lot of patients who have it confirmed and there also isn’t a lot known about it. “The major things we have to keep an eye on are our hearts,” Ashley explained. “The aortic root can dilate, so we go to the cardiologist every five years to keep an eye on things. The rest of the things that affect us may or may not be related to the duplication such as Ethan’s failure to thrive, hypermobility (all of us have overly flexible joints) and innocent heart murmurs (all of us have one), Alexis has PDD NOS and Ethan has a speech delay.”

Finding support and looking to the future 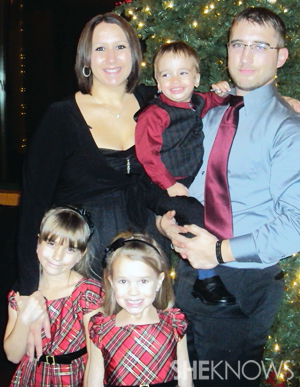 Support for such a rare condition was hard to come by, but Ashley put her computer skills to the test and found just that — an excellent support system. “I have found support in an online group I found on Facebook,” she shared. “When the geneticist couldn’t tell us much about it, I went Google crazy and found other moms searching for the same thing I was… answers.”

Ashley is looking forward to the future and their new addition to the family. The baby, who they’ve named Natalie, has a 50/50 chance of having the duplication as well. She is being followed closely during her pregnancy because she was diagnosed with Crohn’s disease in 2012, but they are confident that things will go well and they will thrive as a family of six.

“Natalie will be loved and I am confident I can handle whatever nature throws at us,” she happily shared. “We will just deal with things if they come about. We love our children and regardless of what genetics say, they are perfect to us. They are happy, thriving and loved!”

This mom fought for her baby’s diagnosis
Two moms for Mother’s Day
Pregnancy after a loss: Rachael’s rainbow baby