Lately, it seems like moms are doing more than ever — they’re working, cooking gourmet meals and crafting up a storm — all while raising their families and maintaining marriages and relationships at the same time. Whew! 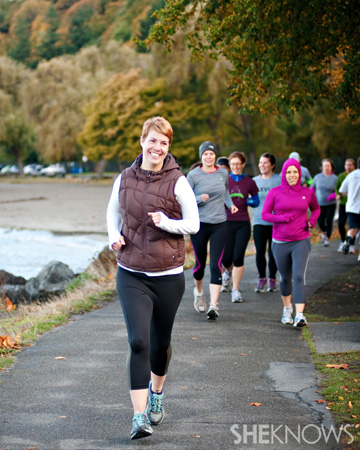 So, what do you think? Can moms really have it all?

We all know that motherhood can make you feel as if you’re running in circles, figuratively. Beth Baker, mom and owner of Running Evolution, takes that circle running quite literally! A cheerleader for moms in Seattle — and beyond — Beth’s positive, no nonsense attitude about getting moms (and, well, everyone!) moving, and her success in doing so with a smile on her face, makes her an inspiring focus of this month’s “having it all” story, because for her, having it all means helping other moms have it all in their own lives.

Here’s how Beth Baker describes herself: “Chief Running Officer at Running Evolution. I am a wife, mother of one, runner and entrepreneur. Lover of wine, women who run and song. I am not good at housekeeping, gardening, crafting or putting on makeup. Also, I snort when I laugh.”

Here’s how we would describe Beth Baker: Awesome. Inspiring. Hilarious (snort laugh included). Real. Making “having it all” look effortless… even when she’s running… all day long. 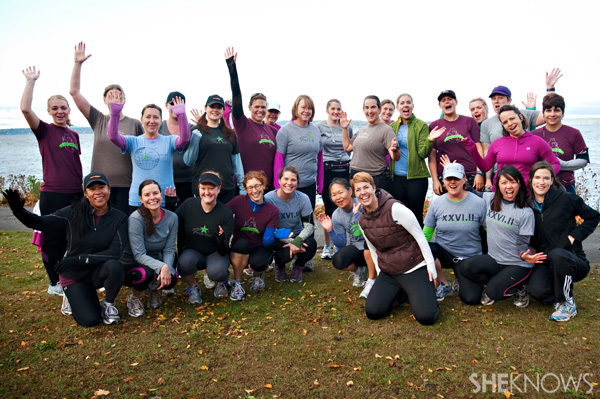 Beth’s business is all about inspiring people to get moving — moms included — and after coaching nearly 2,000 people to run in the short time that Running Evolution has been in Seattle and the surrounding areas, Beth and her team at Running Evolution have made a name for themselves. And, a good one, at that. For Beth, teaching people to run — and to love it — is about more than just the running. “I go into every situation knowing that I’m going to get the best out of people,” Beth shares about her love for people, “And, I usually get it. People have the power, I just need to dig in there a little to get it out. It’s changing people’s minds from who they think they are, to who I know they are.”

A day in the life 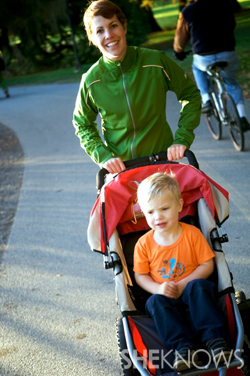 As you would expect, Beth’s day involves a lot of running. Between running around in the morning, getting mom-duty started early (thanks to the daily wakeup call from her son) to the classes that she teaches while he’s in school, as well as in the evenings, Beth claims that she runs “a lot,” which is likely a gross understatement.

On top of the day-to-day routine of motherhood and keeping her clients on their feet, Beth is dedicated to keeping her small, but rapidly growing, business moving forward as quickly as her marathon students. From a business that was built out of Beth’s own hate for running, but her love of the endorphins that it gave her, Beth is on her way to creating a running empire, if you will. An empire that loves to run. “I want to share this love and inspire other people to get going and take care of themselves,” Beth says. “Also, I want them to be in this awesome community of runners.” And, as Beth so candidly states what most of us are really going for when we lace up those running shoes, “I want them to look good naked.”

The marathon of having it all

Beth Baker’s first reaction when we ask her if she thinks that “having it all” exists?

For a mom who has created a career from helping people to take their feet, bodies and minds to a place that they once thought was impossible, Beth has a quite realistic view on what is actually possible in her own life, as far as finding the elusive “having it all” moments. “It’s a balance and it’s fleeting,” Beth says. “A supportive partner is my saving grace. He’s the best and I know that I would not be where I am without him.” She continues by sharing, “I don’t believe in perfection, but I know that there is a stage that happens, where you lay in bed at night and say to yourself, ‘I’m doing pretty good.'” 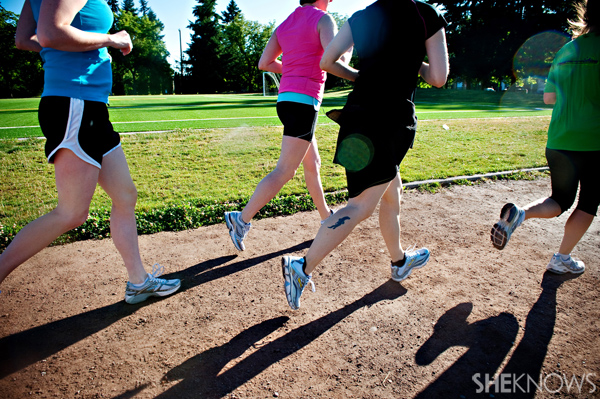 Here’s what Beth says moms need to know about running:

Keeping up with Beth

Not that you could, if you tried! If you live in Seattle, you can find Running Evolution’s class schedule online at runningevolution.com. Otherwise, keep track of Beth Baker on Running Evolution’s Facebook page, where she keeps moms, and women, both runners and non-runners inspired to get moving. Don’t miss her informative (and hilarious!) “Ask the Coach” days! Keep an eye on Running Evolution in the coming months for a new website that will include podcasts and a nationwide online education program for people who want to run their first 5k or who want to start coaching people to run.

More on having it all

Welcoming Children Into My Polyamorous Family Was a Huge Decision, But It Brought Us a World of Love

3 hrs ago
by Ian Jenkins, MD