At least once in a lifetime, everyone should be blessed enough to experience a child in a state of pure and unadulterated bliss. My husband and I had such an opportunity last Monday. 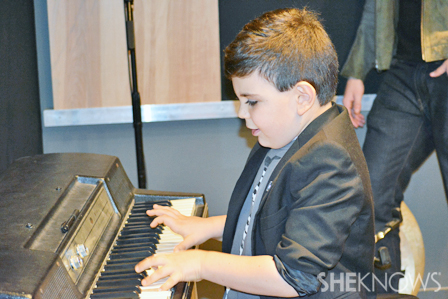 The location was Converse Rubber Tracks Studio in New York City’s “hipster” Williamsburg, Brooklyn. The occasion was to watch actress and singer Adrienne Bailon record a song with Rio “Soulshocka” Wyles, a young rapper who happens to have autism.

Adrienne and Rio were followed in the studio by my son Ethan (who also happens to be on the autism spectrum), for his first foray into a real recording session. Autism Speaks invited Ethan to participate; Converse — a huge Autism Speaks supporter and the “official sneaker of the Walmark Family“ — graciously donated the studio time. 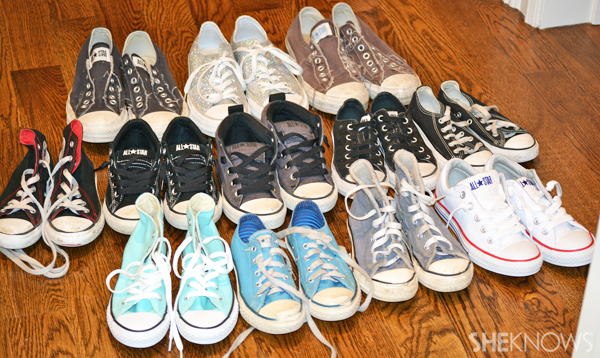 Both filled with pride and deeply humbled by the experiences my son has already been afforded at age 7, I couldn’t help but think of all the great musical artists who came before Ethan and have greatly influenced and shaped his love of all musical genres.

It seemed so surreal that Ethan, like all the artists he idolizes, once stood in similar recording studios to commit their passion to tape… or vinyl… or plastic… or digital… for posterity.

To watch my son sit behind his keyboard and hear the magic flow through his fingers and voice, I felt the spirits of those artists who came before him, as they too produced magic from their instruments and voices. Artists such as Billy Joel, Paul Simon, James Taylor, Ray Charles, Frank Sinatra, Barbra Streisand, John Coltrane, Stan Getz. Quincy Jones, Natalie Cole, Paul McCartney, Carly Simon, Stevie Wonder, Barry Manilow, Bob Dylan… a seemingly endless list of remarkable talent.

Whether the genre was jazz, soft rock, pop, R&B, blues, soul, one thing these musicians all shared (save for Ethan) was the prolific recording engineer, record producer, violinist and composer Philip “Phil” Ramone.

The presence of Mr. Ramone, who recently passed away, loomed large over Ethan’s recording session. How can the spirit of a man neither Ethan nor I had ever met take center stage, in Brooklyn of all places?

It all started in Jersey

The story begins, as most of my stories do, in the West Orange and Livingston, New Jersey area. If you were between the ages of 3–17, you were enrolled in at least one of the dance classes at the studio of Doreen Kerner. Doreen was the prototypical dance instructor and the mom you wanted your mom to look like: Tall, thin, glamorous, platinum hair always styled to perfection, ever-present black Danskin bodysuit (in those days, the only game in town), smart and soft-spoken with an exotic accent (South African).

Doreen’s daughter Andi worked in the dance studio as well. Andi, also a terrific dancer, won the town’s “Miss Livingston” pageant, and appeared on a national game show called “Winning Streak.” Many years later, thanks to technology and social media, Andi and I reconnected and reminisced on Facebook.

On March 30 of this year, Andi’s Facebook post read, “R. I. P. my uncle Phil. We lost a tremendous person & talent.” While I had absolutely no idea who “uncle Phil” was, as a friend, I of course extended my deepest sympathies and condolences. Andi replied, “Hi Allison. Actually at Thanksgiving, I showed my uncle the video of Ethan playing Piano Man. He produced Billy Joel’s albums for 10 years, so I thought maybe he could do something with Ethan… ” 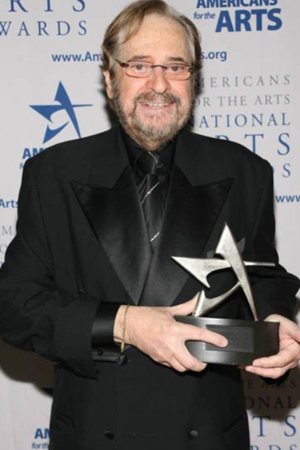 Still, who uncle Phil was in relation to Billy Joel escaped me. I’m ashamed to admit that I had to Google “Phil and Billy Joel” to find the connection. It took all of a nano-second before my jaw dropped to the floor in disbelief; uncle Phil — Andi’s uncle and Doreen Kerner’s brother — was none other than the great Phil Ramone.

Mr. Ramone (founder of A & R Recording Studio and winner of 14 Grammy Awards) not only produced Billy Joel (Ethan knows every single song in Mr. Joel’s catalog), he produced music for all of the above mentioned recording artists, each of whom have literally played a role in helping Ethan break through “his world” into “our world.”

Music is my son’s passion, and music makes him more typical. To think Mr. Ramone is partly responsible for Ethan’s progress — and with just two degrees of separation — is spectacular.

About being a record producer, Mr. Ramone said, “… unlike a director (who is visible, and often a celebrity in his own right), the record producer toils in anonymity,” he wrote. “We ply our craft deep into the night, behind locked doors. And with few exceptions, the fruit of our labor is seldom launched with the glitzy fanfare of a Hollywood premiere.” Had our paths crossed, I would have reminded “uncle Phil” of his words, and respectfully countered with the oft-paraphrased quote, “… whoever rescues a single life earns as much merit as though he had rescued the entire world.”

My Phil of autism

Mr. Ramone, you unknowingly rescued a single life, my son — which means you rescued the entire world.

Your light, soul and spirit will always shine on and within Ethan, and the thousands of children with special needs your glorious and prolific music helped save.

As it turns out, “uncle” Phil was born in South Africa and raised in New York City; it’s no wonder that his spirit was with us at Rubber Tracks Studio. As he had done his entire life, Phil wanted to be in a music studio once again, to listen, appreciate and guide yet another musician on the path of greatness. He had once again come home. Much like Phil’s sister Doreen and niece Andi had done for me, uncle Phil, in his own way, was teaching my son how to dance.

Kate Upton Found Breastfeeding Draining Because, Yeah, It Really Is!