What were on the minds and Twitter feeds of some of our favorite celebrity moms? Shakira tweets and shares photos of her adorable son Milan, while Mariah Carey writes about her daughter Monroe raiding mommy’s shoe closet! We searched Jennifer Lopez’s Twitter feed for hints she will be returning to American Idol, while Pink writes about daughter Willow’s “angelic” face. 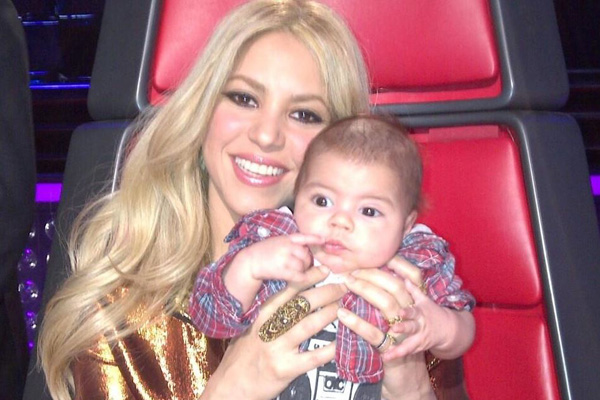 It’s bring your baby to work day! “Clearly Milan’s intrigued by this performance @NBCTheVoice #5thCoach,” tweeted The Voice coach Shakira, with this adorable photo of her holding her 2-month-old son Milan.

“I swore I would never do this and now I am one of those annoying moms showing pics of her baby!” she wrote.

There was no doubt that Milan would be a knock-out, judging by the genes of Shakira and his daddy, soccer star Gerard Pique.

The singer joined the The Voice for the first time this season and has admitted it has had its challenges. “[Losing baby weight] is the only thing that’s been a little stressful,” she told People. “I knew I had to come back here to do The Voice two months after I had delivered a baby. I didn’t have my four months of maternity like every woman on earth has. I’m not trying to complain, but it’s been a process full of challenges.”

Jumping from one reality singing show to the next, American Idol judge Mariah Carey shared this adorable photo of a family movie night with her twins. 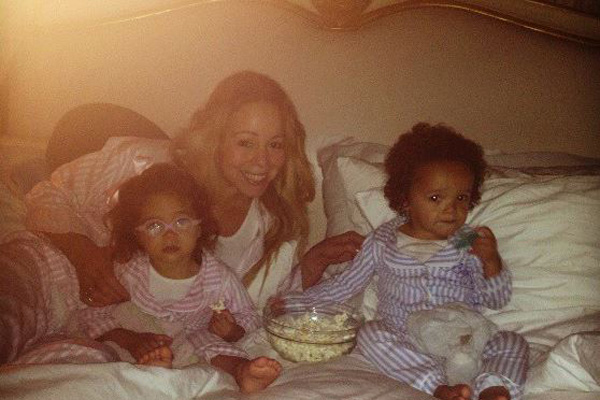 Like mother like daughter!? “Ms. Monroe raids mommy’s shoe closet, slippers by agent provocateur (not yet 2 years old!)“ Carey tweeted, with a photo of her daughter in her fancy shoes.

Amid rumors that American Idol producers are bringing Jennifer Lopez back in to replace Mariah after a ratings slump, Carey tweeted a photo of herself in an elegant gown in a limo as she heads to work on her new album. 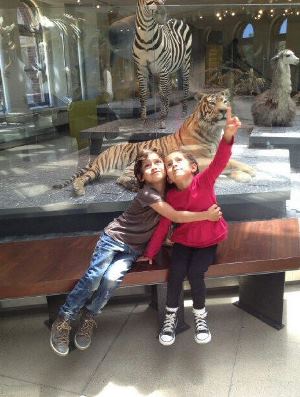 Speaking of Jennifer Lopez, the singer is giving no clue as to if she is returning to American Idol, instead choosing to post adorable photos of her 5-year-old twins, Max and Emme.

A spokesperson also denied the Idol rumors, telling The Hollywood Reporter, “This is just another ridiculous Idol judge rumor, likely started by talks of Jennifer performing on the finale.“

“Most beautiful picture ever!!!!!!!!!!!!!! #LOVE!” tweeted JLo, with a photo of the twins hugging as they are surrounded by a variety of animals.

Also on her timeline? “There’s something I love about Mondays!! Its like you get a fresh start every 6 days!! #hitthegym #backtowork #makingithappen” she wrote.

Sounds like someone has a case of the Mondays…

“My daughter tried to serenade a lady in a hot tub today with her ABC’s. She’s got her papas charm and her mama’s pipes… #holysh**,” tweeted singer Pink, referring to her 1-1/2-year-old daughter Willow.

“Started the day staring at my daughters angelic face with her mouth open and her sour breath as she slept inches from my face… #blessed,” she later wrote. ”Then – a cooking clas s- traditional Tuscan dishes- fresh tomato sauce and fresh pasta – so simple. Why have I never had a tomato tasting b4?!?”

The hands-on mom also posted this photo of her playing with Willow outside. “Re-enacting The Walking Dead at the park #ilookcrazy,” she tweeted. 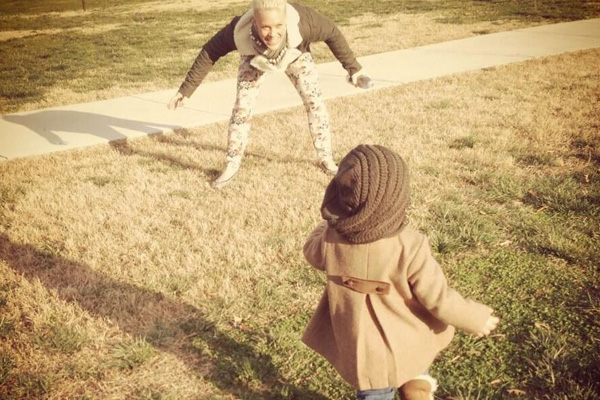 22 hrs ago
by Hannah Grieco