One of the most challenging parenting lessons I’ve learned in the past eight years of my mom career has been navigating the choppy waters of sisterhood. As a mom who only has brothers, I’m figuring out this complicated sister relationship right alongside Janie and Meg. 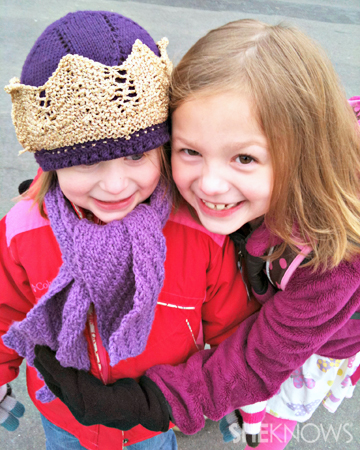 Oftentimes, my daughters are the ones teaching me a thing or two about what it means to be a sister.

And, a girl makes… sisters!

Just the other day, I was chatting with a friend who is expecting her second child. They don’t know if the baby is a boy or a girl yet and she was asking me if when we were pregnant with Meg, we were hoping for one gender or another and how we felt when we found out that she was, in fact, a girl. I was honest with her — I think that I had been hoping for a boy to balance out the girl that we already had. At the time, nearly six years ago now, we’d only planned on having two kids (um, despite the fact that we have three now!), so having one of each gender sounded like a great idea.

However, the moment when the ultrasound technician announced that Meg was all girl, the tears started steaming, all thoughts of anything boy flew out of my head and there was only one thing that I could focus on — that Janie was going to have a sister. 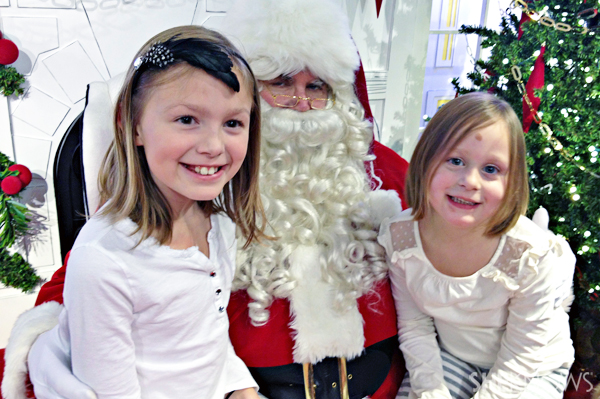 Now, at ages 8 and 5, Janie and Meg, are the best of friends… and also the worst of enemies. Their love for each other is so fierce and runs so deep that it’s easy to see that they are bonded in a way that they will never be with anyone else in their lives. That being said, they are also very different — Janie is a people-pleaser who leans towards being an introvert, while Meg is strong-willed and hates to be alone — but they’re sisters, just the same.

On the other hand, these girls can push each other’s buttons like nothing I’ve ever seen. It’s as if each of them has an exact road map to her sister’s mind, and as rich as their love is for each other, their annoyance with each other runs in a parallel vein. I’m cringing imagining the fights these two are going to have as tweens and teenagers — over clothes (those fights already happen), friends and boys. This is truly only the beginning, in so many ways.

Being a mom to sisters 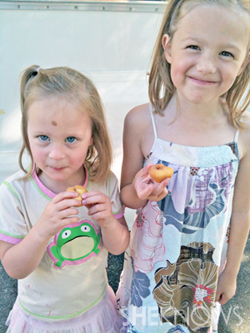 While it warms my heart that Janie and Meg have each other, at times, not having a sister myself, it’s hard for me to fully understand their relationship. And, I confess, there are times when I’m even jealous of what they have. Don’t get me wrong — I am so thankful to have my brothers, all three of them — and wouldn’t trade any one of them for the world. However, now that I’m older and a mom, there are times when I wish that I could add a sister to the mix too — a constant companion, a built-in best friend, someone who could be the Janie to my Meg, and vice versa.

I’m still learning how to be a mom to girls, let alone a mom to sisters. To remember that sisters ebb and flow in their relationship, that there are times when they hate each other more than they seem to love each other, but they will always come back to their center — each other. I try to stay out of their arguments as much as possible and to let them work things out themselves. However, I’m also quick to remind them how lucky they are to have each other. They pretend like it annoys them when I say that, but I see the sparkle in their eyes — I know they realize it’s true.