Most parents would do everything in their power to prevent the death of their child. A Pennsylvania couple feels that despite their efforts, two of their children passed away. Authorities believe they didn’t do enough. 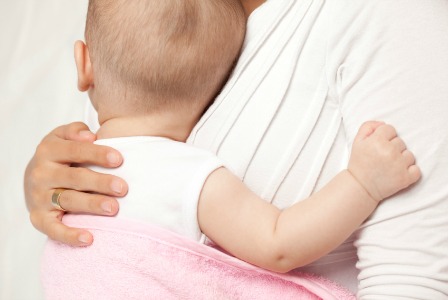 The couple is under investigation because they believe in faith healing — or the power of prayer — and officials claim two of their children have died due to medical neglect.

Catherine and Herbert Schaible were put on probation in 2009 after their 2-year-old son died of bacterial pneumonia, a treatable illness which they sought no medical help for, opting instead to rely on the power of prayer to pull their child through his illness. Last week, the unthinkable happened again — their 8-month-old baby died after suffering from diarrhea and breathing problems for a week. This raises the question — religion is extremely important, but when do you draw the line between religious beliefs and your duty to care for your children with the tools that are available?

The Schaibles reportedly belong to a fundamentalist Christian church that believes in faith healing. Instead of visiting a doctor for an illness or other issue, adherents rely on the power of prayer and ask for God to heal. It can be assumed that in most cases, serious injury or death is not common — many illnesses can work themselves out without medical care. But when serious problems arise, it is front-page news — especially when minor children are involved.

Because the couple is already on probation for their son Kent’s death in 2009, they are facing charges once the results of the 8-month-old child’s autopsy come in. In the meantime, the family’s lawyer insists that they are distraught over the death of another one of their children and that judgment should not be made until more facts are brought to light.

Most parents we spoke with felt that this couple should absolutely be charged. As Becky, mom of three, puts it, “I think they’re guilty. Twice. Period.” Lindsay from Canada agreed. “Part of being a good parent is knowing when you are over your head and need help,” she explained. “I believe they are guilty — children should matter more than your religion.”

From a religious point of view

Even moms who do believe in the power of prayer affirmed that this couple, whose hearts may have been in the right place, were terribly misguided.

“Just as much as I believe the Lord will heal, I also believe he blessed us with common sense and discernment,” shared Stacy, mom of two. “I believe the Lord performs miracles, as they happen every day. But miracles and healing also happen through medical professionals, and could have saved these two babies’ lives.” Kelly, who has two children, felt the same. “God has given us the knowledge to treat illnesses, and that doesn’t make it any less divine,” she told us. “If I had lost one child due to lack of medical care, I’d like to think I wouldn’t lose another one because of the same thing. It’s such a sad and seemingly preventable situation.”

On the other hand

Another perspective comes with a healthy dose of understanding. Shelly from Connecticut explained that she felt that the parents were likely brainwashed cult members who really thought they were doing the right thing, and the fact that in our country, we enjoy freedom of religion, could certainly play a part. She believes that if an adult chooses to rely on prayer instead of medical care, that is their choice. However, “… their children can’t make that choice,” she explained. “Those parents made the choice for them without the mental capacity to make the right decision.”