There’s a life growing inside you — no question about that. But there are a lot of other questions, like what life as a mom will really be like. And while every mother’s experience will be different, there is invaluable been there, done that advice to be shared. 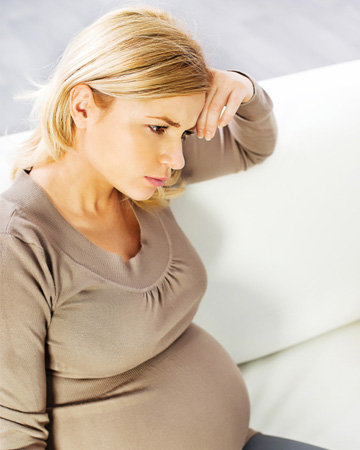 We asked veteran mamas to pass on the number one thing they wish they’d been told while they were expecting — especially when it came to how to spend those last few months before your life changes forever.

It’s hard to imagine how life will change. You think you know. You think you’re prepared. But really, you won’t have a clue until the first time you hold your baby in your arms. But there are words of wisdom that can help the transition. Valuable “inside information” that comes straight from other women just like you — who thought they knew.

When you’re pregnant, you’re tired — a lot — so it can seem overwhelming to document your experience. But beauty blogger Krystal Emery, mother of one, suggests taking weekly photos of your growing belly anyway. “You may not feel into it, but it’s something awesome to share with your friends and family later on.”

7 Ways to preserve your pregnancy memories >>

Invest in your sanity

The idea of hiring help for your baby might seem out of the question. You’ve waited nine months (and maybe then some) for your little one and you can handle it without assistance, right? That’s what Rebecca Stewart, mother of a 15-month-old and owner of VIP Nannies, thought. She was originally going to hire a baby nurse, but decided against it because ‘Moms have been doing this for years.’

“Two days after my C-section — and the night before I was released from the hospital — I was frantically texting every baby nurse in my phone,” says Stewart. “My advice to moms — hire a baby nurse when you are 3 to 4 months pregnant. They are the best investment you can make for your marriage, your baby and your sanity.”

For an expectant mom, the idea of giving birth can be scary and it might be easier to just not think about it.

But because that baby will eventually make his way into the world (probably later than sooner!), you will also eventually need to think about what you’ll need on delivery day.

Maria Mora, mother of two, says she thought she was prepared with what she’d need after she gave birth. “I wish someone had told me to bring Depends to the hospital for the bleeding after delivery!” she shares. “Regular pads didn’t cut it. I guess they were shielding me from the horror of lochia.”

What pregnant woman doesn’t hope she’ll gain less than twenty pounds and sport nothing more than an adorable basketball bump with her face all aglow? Because of what she calls ‘celebrity baby bump hype,’ Mary Fetzer, mother of two, says she imagined herself exactly that way.

“Instead,” says Fetzer, “I was deathly ill for the first four months and looked it. When I finally was able to eat again, I still was unable to achieve the cute pregnancy image because I quickly swelled up with 60 pounds of toxic water weight and resorted to my mother-in-law’s muumuus and my husband’s unlaced sneakers. Mortifying,” she adds.

You could have the baby blues

It’s probably hard to imagine feeling anything but pure joy after you give birth. But statistically you could be one of a shocking number of new moms who get the baby blues after having your baby. Child birth educator and mom of two, Ami Burns, wants expecting women to know how common this is. “Around 70 percent of new moms will experience new baby blues and 20 percent postpartum depression…most don’t automatically mimic the super happy smiley moms we see in magazines and no one should be embarrassed to admit it or seek help.”

You’re not really eating for two 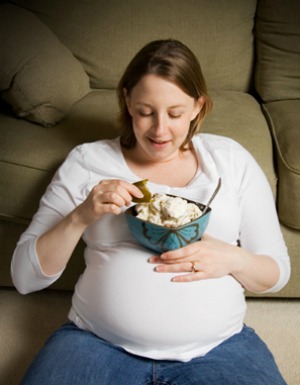 This tip is probably the hardest for pregnant mamas to swallow because when you’re expecting, you’re often hungrier than you’ve ever been and craving foods that aren’t exactly healthy (ice cream, fried anything, you get the idea…). Although most will agree that you should indulge those cravings, you should do so within reason, which is what Heather McCurdy, mother of two, wishes she’d known.

“My number one thing that I wish I knew during pregnancy is that you only need about 300 to 500 calories extra a day,” she says. “I went a little crazy and thought, ‘Oh Yay! I’m pregnant and eating for two!’ and ended up gaining a whopping 75 pounds. Once the baby was born, I lost 30 pounds right off the bat, but the last 45 pounds stayed on. Breastfeeding did not whisk it away, like it did for some people,” she adds.

And during those last few months of freedom?

The #1 thing moms told us a pregnant woman should do during those last few months is sleep. Here are some other helpful tips we got from veteran mamas:

More about your pregnancy