In last week’s column we were introduced to Richard Bernstein, a blind-since-birth attorney and force of nature who raises awareness of special needs individuals. 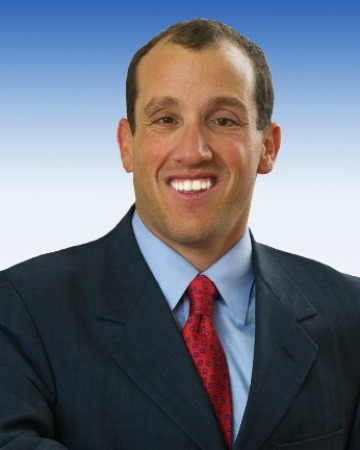 This week’s column, especially in light of the Boston tragedy, highlights Richard’s wisdom, spirit and how he “sees” life with unmatched clarity. 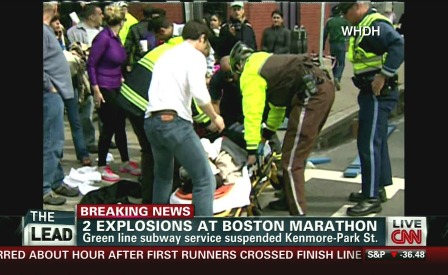 Boston — yet another unsafe place in this world, although one could argue that no place is safe anymore. A recent tweet on the internet said it all: “Im 15 and I’ve lived through 9/11, sandy hook, Boston, movie shooting, columbine and countless other disasters I shouldn’t have to say that.” Another wake-up call — as if we didn’t already know by now — that the world has changed.

Richard Bernstein, attorney, university professor, elite athlete, public figure and Renaissance Man, has been legally blind since birth, a result of retinitis pigmentosa. Richard knows the threat of terrorism all too well. In March 2011, Richard was set to run the inaugural Jerusalem (Israel) Marathon, aided by an Israeli Air Force running guide. One day before the race, terrorist bombs exploded outside the Jerusalem International Convention Centre: One killed, 39 wounded.

Said Richard, “Even after those horrible bombs exploded, not a single person pulled out of the race.” Such was the strength and determination of the international delegation of athletes who chose to run the next day. It’s a classic case of good versus evil. Right versus wrong. Strength versus weakness.

In August 2012, Richard walked in Central Park, New York City, after he trained for his 18th marathon. Suddenly, a cyclist traveling 35 mph (10 mph over the limit) slammed into Richard from behind. The cyclist hit Richard with such force that he fell face-first onto the asphalt, suffered facial abrasions, tooth damage and a broken and dislocated hip.

In all, Richard spent 10 weeks in the hospital, and still bears the physical pain from that incident. Doctors told him that if he wasn’t an elite athlete, the result of the accident would have most certainly been much different, i.e., death.

For a man who has dedicated his entire lifetime — mind, body and soul — to aid people with special needs and ease their plight, you would think Richard would be embittered for the life he has been dealt. How wrong you would be. Having the honor to hear him speak, Richard is one of the most real, optimistic, spiritual and uplifting people the world has bestowed upon us. He is someone we should all aspire to be.

Just get on with it

During his motivational speech, Richard rhetorically asked, “Do [special needs] people (and by extension, special needs families) have it harder? Yes. But, life is a set of experiences. The more life experience, the more value.” He went on to say, “An easy life does not translate to a good life. A lifetime of struggle doesn’t lead to happiness. But, a lifetime of struggle does lead to fulfillment. Adversity… struggle… hardship… pain… lead to purpose. This purpose will lead to passion. This passion will lead to a connection. This connection will lead to others, and this will lead to a connection with [a Higher Power].

He’s right. We may never get over it, but we must get on with it. Once again, it’s a classic case of good versus evil. Right versus wrong. Strength versus weakness.

Everyone has a Mile 20

What made Richard’s speech so riveting — though the magnitude of his words grew exponentially the day of the Boston Marathon — was when he made the analogy of living a life with special needs to running a race. “Life is a marathon,” he said, “and in that marathon, everyone has a Mile 20.” (As the only marathon I consistently join is the annual New Year’s Eve/New Year’s Day Twilight Zone marathon, I tried to relate, but couldn’t. Thankfully, Richard took pity on me and explained.)

“I’ve heard it said / That people come into our lives for a reason / Bringing something we must learn / And we are led / To those who help us most to grow… / Who can say if I’ve been changed for the better… / Because I knew you / I have been changed for good…” — Stephen Schwartz, Composer-lyricist, Wicked the Musical

“At Mile 20,” he said, as only a 17-time marathon veteran could, “you are in agonizing pain. Every step is indescribable misery. Then, remarkably, at this time of great pain, the body and the spirit are so intertwined and woven that you can’t tell them apart. At Mile 20, if given the opportunity to disconnect from the body, the spirit can soar. At Mile 20, even though the body is infirmed and knows its limitations, spirit has no limitations. The spirit can guide the body to accomplish its objective and overall mission.”

“Because of Richard, I have been changed for the better. Let’s hope that those lost and hurt in Boston — and around the world — come to a place of peace. We “run” united in our Mile 20. Good versus evil. Right versus wrong. Strength versus weakness. This is our race to win. And win we will.

Imagine a world without autism
Mom story: I used to be deaf
This mom parents with her feet