Robyn and Melissa, a same-sex couple, are pros at celebrating Mother’s Day times two. Their happy family includes three kids with loads of memories in the making, especially because the younger siblings are twins. 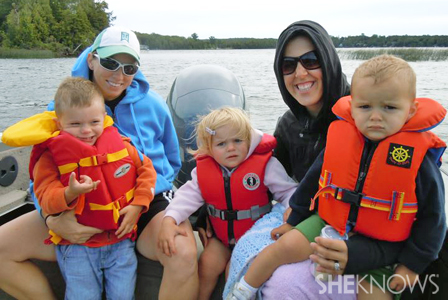 Robyn shares with us what makes her family so special — and like everyone else’s.

Robyn, who was born and grew up in Ontario, Canada, met Melissa right out of college, and her life took a huge turn for the better. Now, they are happily married and run a busy household complete with three young children — and their story of love and family is inspirational and sweet, just in time for Mother’s Day.

Sowing the seeds of love

Robyn was in a relationship with her high school boyfriend of five years, and Melissa was engaged to a man when they met through their local school board and were hired to work at the same school. They didn’t hit it off right away, but they eventually developed a friendship. During exam time at school, when there were no students nearby, she and Melissa struck up a conversation about love and the possibilities of being with another woman. They discussed which celebrities they’d love to be with, and Robyn saw a new side to her. “I trusted her and opened up to her more than I had to anyone else,” she fondly remembered. “It took quite a few months to finally realize my feelings and what they were. I had never explored the possibility before but it was just so natural and exciting to be with her.”

A wedding to remember 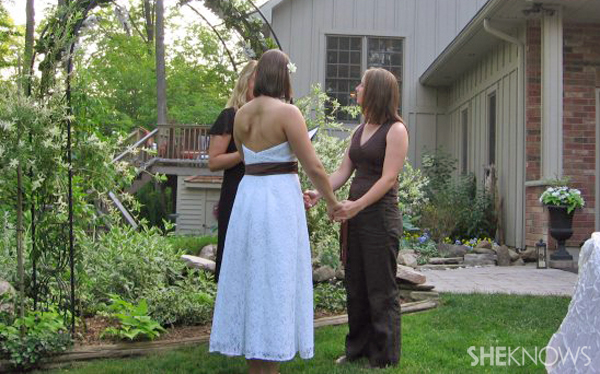 Robyn and Melissa are coming up on their seventh wedding anniversary. They chose to be wed on her parents’ wooded property on a beautiful Canadian evening. Her dad gave her away and Melissa’s grandfather gave her away. “The kiss was the most terrifying thing ever!” she told us. “We are not affectionate in public and even today most people haven’t seen us kiss.” They danced under a starlit night and continue to be surrounded by support and love. “All of our friends and family have accepted us for who we are and they couldn’t be happier for us,” she shared. “We have an amazing support system and we cherish them so much.” 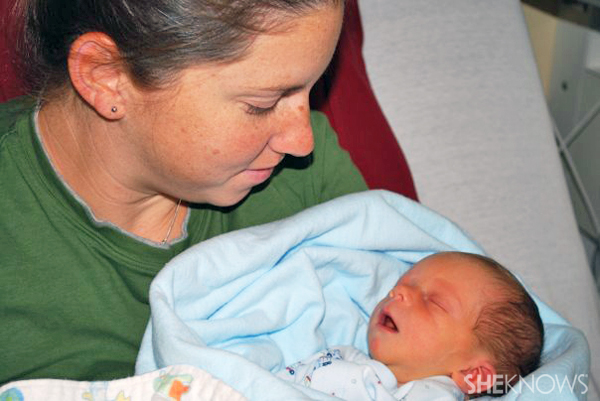 Early on in their relationship, when they were going through dramatic breakups with their exes, Robyn pulled over to the side of the road to phone Melissa for some emotional support on what the future held — namely, coming out to family and friends. She mentioned that she wanted to have a family, and Melissa promptly agreed. “Our future goals and aspirations aligned and we both wanted to enrich our lives with children,” she explained. “It was a done deal!”

Robyn had been diagnosed with cancer when she was 18 months old and she was told that conceiving would be a little more difficult due to the treatment she received back then. They went through many medicated cycles, none of which resulted in a pregnancy, and while they were waiting to get started on their first in vitro fertilization (IVF), they decided to try with Melissa instead out of fear of “wasting” an IVF attempt.

Melissa had an easy conception — she went through one observational cycle, and during the next she was given Clomid (a medication to help with ovulation). An intrauterine insemination (IUI) was administered and viola — she was pregnant. They went through a sperm bank with a donor they both loved. They have all of his medical history two generations back, photos and even an audio recording of his interview to become a donor.

Their first child, Grifyn, is very special to the both of them. “He tells me he loves me all the time,” Robyn said. “He will stop everything that he is doing to tell me how he feels about me. He is stubborn and has me wrapped around his finger. He knows how to get what he wants! He is the first grandchild and the first great-grandchild to my family. He has no genetic ties to my father, but they look alike. It’s pretty cool actually. He is Papa’s side kick!” 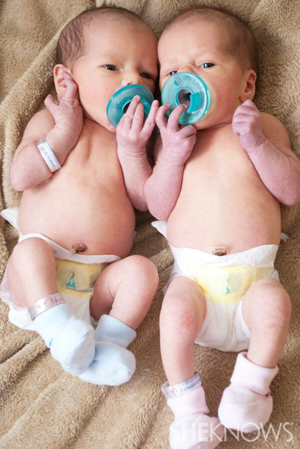 Coming back from a vacation during the fall that Grifyn was born, Robyn and Melissa discussed how maternity leave with their next child would work out. They decided to try to aim for a pregnancy in the winter of 2008 (trying Robyn with IVF this time), but their first attempt failed. They changed clinics, and in March of 2009 they completed a frozen egg transfer (FET) that was successful. “We always knew that we wanted two,” Robyn said. “We spent a whole lot of money and figured we would have to stop after two, and we wanted to have kids close in age and just figured the timing was perfect to have more.”

Her pregnancy was “a dream,” she explained. She went to nearly 39 weeks, which is very good for a twin pregnancy. She even stood up for her sister at her wedding at 36 weeks, and she was only induced when she was because she developed intrahepatic cholestasis of pregnancy (ICP). Olivia and Gavin were healthy at delivery and have really helped complete their family — and are very unique kids now at 3 years of age. “Gavin loves to kiss and snuggle, but be a boy and flex his muscles — and the iPad would be his best friend if we let it be,” she shared. “Olivia — Libby — is a princess! She loves clothes and singing and dancing and she changes about 5 times a day… underwear included!” 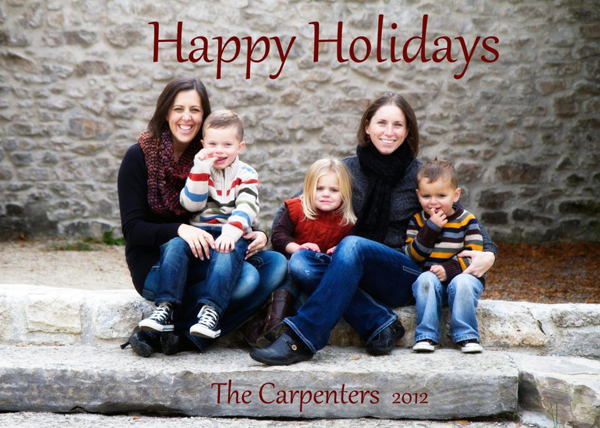 Robyn is “Mommy” and Melissa is “Mama.” They don’t have traditional roles, but there are differences in their parenting styles. “Melissa is a more of an authoritative, rowdy, rough-and-tumble kind of parent, and I’m a more sensitive, nurturing and keep-the-peace kind of mom,” Robyn explained.

Right now, they work opposite shifts and they have found that the kids naturally gravitate towards one or the other based on their own unique strengths. “It’s a balancing act and the kids are very understanding and accepting of our schedule and routine,” she shared. “There is a lot of juggling to be done, but we make it work because that is what parents, regardless of their gender, do!”

Robyn said that they are just like any other family out there — the same stress and the same joy permeates their lives, just as they do in the lives of other couples. She says that their kids are aware that there is no “daddy” in their family like the characters on television (and friends at school) have, but they are totally prepared to be honest when the questions begin. “We are very open and honest and we educate the kids with all the facts that they need to know,” she told us. “We are very laid back and roll with the punches when it comes to parenting. Funny how a family functions regardless of absent ‘traditional roles.’” 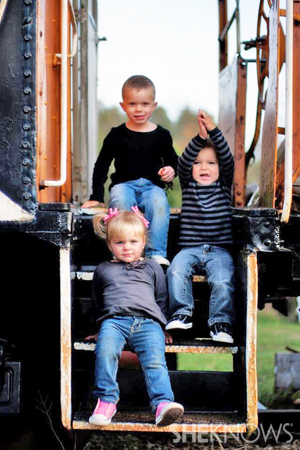 Originally, they planned to celebrate Robyn on Mother’s Day and Melissa on Father’s Day, but decided to celebrate them both on that day as they are both mothers. Robyn loves sharing that special day with her wife, and they have Father’s Day reserved for Robyn’s own father — also known as Papa. “Melissa and I were hoping to create our family wall of photos this year,” she explained. “We have all sorts of different frames and photos from over the year that we are going to hang. And Mother’s Day weekend will be a perfect time to complete the project! Just spending time with the kids doing some crafts will be nice too.”

While Melissa and Robyn may not be a traditional family, they still are very much like every other family out there in almost every way — and they can’t wait to celebrate yet another Mother’s Day with each other this year.

Home birth after cesarean: This mom’s success story
Pregnancy after a loss: Rachael’s rainbow baby
How this mom went back to college

42 mins ago
by Arielle Tschinkel

20 hrs ago
by Brittany Loggins

21 hrs ago
by Brittany Loggins