Can a child’s extra chromosome exponentially strengthen a marriage? Research points to a lower divorce rate compared with parents of children with other disabilities and even couples whose children have no special needs. 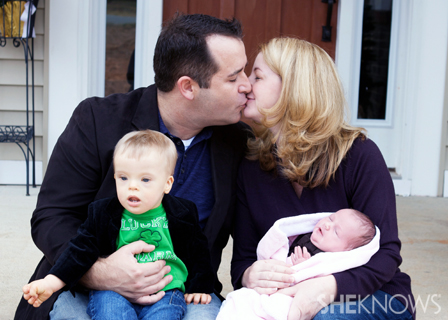 Parents of a child with Down syndrome agree — something special exists in their marriage.

Four years ago, I didn’t know my husband existed. Today, we’ve been married more than three years and have two toddlers, a dog and two cats (despite the husband’s best efforts on the latter).

Ours is a fairy tale with a dash of unorthodox behavior by a good Catholic girl and an out-of-wedlock pregnancy I dread explaining to my daughter (hello, karma). Our story is pretty simple — boy emails girl, girl agrees to meet boy at Macaroni Grill on a Saturday afternoon, girl shops for new outfit for first “real” date.

As the camera cuts to our next pivotal scene — a mere two months later — boy is grinning wildly at girl’s positive pregnancy test and girl is certain she is experiencing hot flashes of menopause.

A quick jump to a month later, and boy proposes to girl in girl’s childhood bedroom. Add another month, and girl marries boy surrounded by loving family and as many bacon-wrapped hors d’oeuvres as girl’s father’s budget would allow (he’s very generous). 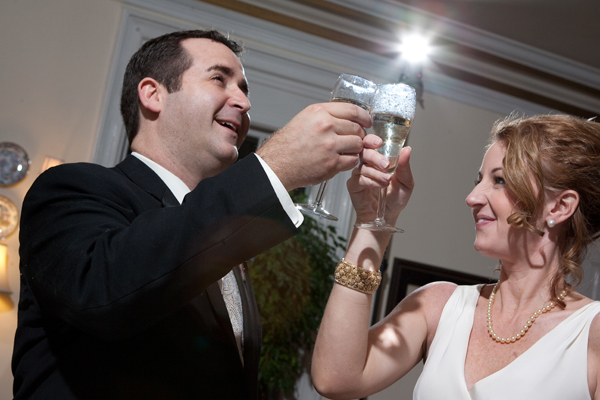 What scene did I skip? The dinner we had together, three nights before we became husband and wife, when I shared that the genetic counselor had called to tell us our unborn son had Down syndrome.

If I’m filming an epic movie of our lives, I will zip past that, because it was but a blip. We went through so much together — from learning we were parents mere moments after exchanging the “L word” to learning our baby had a life-threatening condition called hydrops. Down syndrome was, at the time and in retrospect, the least of our worries.

We believe we are soul mates, and we have equally immeasurable love for our children (maybe not the cats, but that’s another article). But we also know studies show parents of children with special needs have a higher rate of divorce than parents of typically developing children.

Here’s an extra dash of statistical positivity for our already committed married selves — we have a child with Down syndrome, and that fact might just change everything.

The results showed divorce rates among families of children with Down syndrome were lower than in the other two groups.

Study results showed spouses who had a child with Down syndrome were just like all married couples in several regards — they were much more likely to divorce if they were younger, had not graduated from high school or lived in a rural area.

So, what’s different about a couple who has a child with Down syndrome?

“Lower divorce rates in the Down syndrome group may be due in part to what the researchers call the ‘Down syndrome advantage,’ which refers to the personality and behavior of most children with the syndrome and the fact that parents of children with Down syndrome are often older, more educated and married before having children,” reported Vanderbilt University Medical Center.

Researcher Dr. Richard C. Urbano said, “When divorce did occur in the Down syndrome group, however, a higher proportion occurred within the first two years after the child’s birth.” 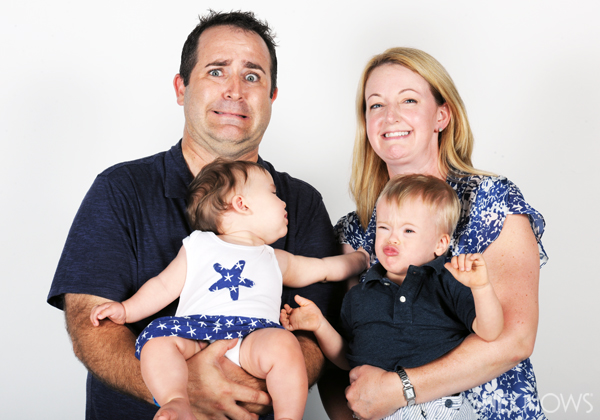 The husband and I are definitely older (40 and 37, respectively, when we welcomed our son). We each have a bachelor’s degree, and I’m leasing to own a master’s degree. We did, in fact, marry before we had Charlie. (“Had” meaning “met in person.”)

As for those first years of marriage? Absolute hell, thanks to my whopping case of post-partum depression and the typical strains of a new marriage, new home and two new jobs. But we made it through. What portion of stress came from Charlie’s extra chromosome? Not one. Having a new baby is a life-changing experience — the extra chromosome just meant when we got enough sleep to have a conversation, occasionally a word related to medicine would slip out.

The effects of unconditional love

Tamara has a son with Down syndrome and says the study results “[make] sense to me… [my son] is the most pure and genuine person I know! His happiness for life is contagious and he demonstrates unconditional love daily! If we can use that as a model for our marriage, then what is left to fight about?”

But what about stress on a marriage?

More recently, in July 2011, the American Journal of Medical Genetics published results of a survey titled, Having a son or daughter with Down syndrome: Perspectives from mothers and fathers. Drs. Brian G. Skotko, Susan P. Levine and Richard Goldstein led the research.

Of survey respondents, 11 percent agreed with the statement, “Right now, my son or daughter with DS is putting a strain on my marriage/partnership.”

Interestingly, a statistically insignificant but slightly greater number of respondents agreed with the statement, “Right now, my children without DS are putting a strain on my marriage/partnership.”

What we have here is… more communication?

Some parents queried by SheKnows pointed to the increased — and perhaps improved — communication shared between spouses.

“From day one we agreed to speak openly and honestly about [our son], the diagnosis and all things in and around Down syndrome,” Beth shares. “We tell each other the good, the bad and yes, even the ugly. Having each other to talk to and listen to has made us a stronger couple! The theme of open honesty has spread to all aspects of our relationship.”

Perhaps the impact on spirituality weaves a tighter marriage bond? Joanna has a son with Down syndrome, but he fought much more serious medical conditions during her pregnancy and his infancy. She points out, “It’s amazing when you have a newborn that was so close to being taken from you how quickly you find yourself on your knees begging God.”

My parents have been married 42 years, and my mom’s favorite line regarding marriage goes like this: “Divorce? Never!” she exclaims, as if it’s an insult to even consider. “Now, murder… well, that’s another story,” she closes with a knowing look.

The husband’s parents have been married for 56 years, and his dad’s favorite quip is, “I could have killed someone and gotten less time.”

It seems that the secret to a long and laughter-filled marriage is, in fact, a regular mention of death. One mom’s response was too entertaining for this writer to disregard, but she didn’t want to be quoted, so we’ll call her Lucy.

When asked her thoughts on why parents of children with Down syndrome have a lower rate of divorce, Lucy replied: “because we can’t afford divorce… we’re broke with all the medical bills and therapies,” she jokes. “Seriously though, [our daughter with Down syndrome] has made me more tolerant of imperfections. Who knows why our marriages last… but I’m glad it’s that way.”

How much weight should we give these studies? Larina has a daughter with Down syndrome and a daughter who does not have Down syndrome. Her evaluation of the studies may say it all: “Divorce is one thing… strain on a marriage is not measured!”

More about marriage and special needs

Autism: Breaking up is hard to do
Need less stress, more soul mate? 6 Tips to compensate!
Chasing Charlie: The day I found my family

4 hrs ago
by Kyunghee Kim