When a teen commits suicide, the family members of the victim aren’t the only ones who are grappling for answers. Many teens who commit suicide leave behind friends and classmates who struggle to make sense of the loss. 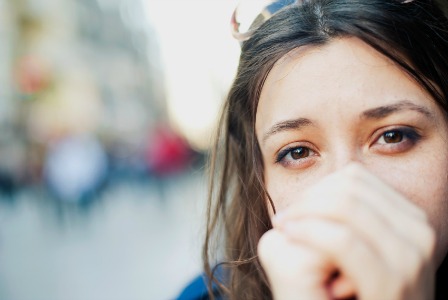 Teens may have a hard time dealing with the aftermath and be left wondering if their own sad thoughts make them suicidal. How can we help those left behind?

Teen suicide is one of the most difficult topics for people to discuss, but it can’t be ignored. The Centers for Disease Control and Prevention (CDC) reports that incidences of teen suicide have been increasing in recent years. Teens have a lot of pressure on them, with everyone from parents to teachers and coaches placing higher and higher expectations on their academic and athletic pursuits.

The CDC reports that a staggering 60 percent of high school students will admit to having had thoughts about committing suicide, and 9 percent have tried killing themselves at least once. Whatever the reason, the pain and grief left in the wake of a teen suicide can be devastating for the friends left behind.

When a teenager commits suicide, there are usually more questions left than answers. Many teens who lose a friend or classmate to suicide are left trying to piece together the puzzle, and feel guilty for not recognizing that their friend truly needed help. “When you love someone and something bad happens to them, you always wonder if you could have done more,” says Kristina Randle, Ph.D., LCSW. “Many people have feelings of guilt. The more serious the outcome for the loved one, the more guilt that is felt. Feeling guilty is not the same as being guilty,” she says. “For a layperson, the ability to help a suicidal friend or family member is almost non-existent.”

Simply loving a friend or family member isn’t always enough to help them deal with mental health issues. ”You love them more than their therapist but you simply lack the education and training necessary to deal with their problem,” she adds.

Many teens feel angry at their friend who committed suicide, feeling that they were selfish to kill themselves and leave friends behind to deal with these feelings. It’s important to let your teen know that anger is a common reaction to suicide, and let them talk through those feelings — either with you or with counselors.

The fact is that most people who commit suicide suffer from depression. Most teens who attempt suicide do so because they honestly can’t see another way out. They may be trying to escape feelings of rejection or hurt, or be worried that they are disappointing their family. Rather than being angry at the friend who committed suicide, try and help your teen to understand that depression and mental illness are difficult to fight, and that their friend most likely felt powerless.

Sometimes the only feeling a teen has about a friend’s suicide is nothing. Teens are still young, still figuring out their emotions and learning to cope with such an enormous tragedy. To feel vacant and unable to process the enormity of the act of suicide is completely normal at this age. Help your teen by encouraging him to talk about his feelings — even if he has a hard time labeling them at first. Encourage your teen to write or talk about his feelings about the suicide whenever they come up, and try not to label his feelings for him. In time, the feelings of ambivalence may change.

Where can you turn when suicide affects your teen? Here are some resources to check out.

How to fix your teen’s bad sleep habits
The ultimate guide to puberty
Should kids be banned from buying energy drinks?