According to the Center for Disease Control and Prevention, the divorce rate was 3.6 per 1,000 total population as of 2011. With the popularity of divorce, divorce parties have become the latest way to “celebrate” a split. But is that sending the wrong message to our kids? 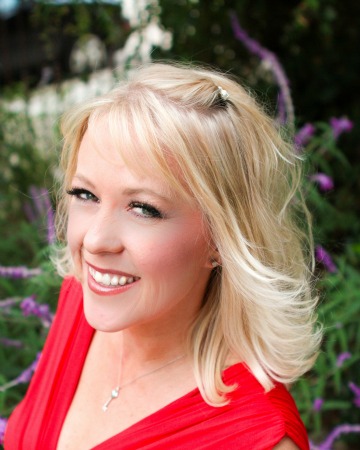 One woman struggled through an unbearable marriage and a worse divorce — and lived to tell about it. She shares her story about how and why she had a divorce party.

After being married to her husband for more than seven years, Tina Swithin spent four years engrossed in a horrible divorce (where she served as her own attorney) and custody battle. The experience was enough to leave any woman reeling — but Tina became empowered by it and even wrote a book, Divorcing a Narcissist: One Mom’s Battle, about her struggle.

What to consider before filing for divorce online >>

She says, “While divorce isn’t a good experience for anyone, my divorce was considered to be extremely high-conflict. On a scale of 1 to 10, my divorce ranked a 12.”

And when all was said and done, Tina was ready to celebrate. She had heard about the concept of divorce parties becoming a new trend and got the idea to have her own after seeing a postcard for a limo company that was advertising a package for divorce parties.

Celebrity divorce parties that should have happened >>

Tina didn’t love the idea of celebrating divorce or even calling it by its name. Tina shares, “I actually struggled with the title [of divorce party] because I wasn’t necessarily celebrating my divorce but celebrating a new life. I was celebrating the end of a nightmare. I had been through a battle that few could understand. I wanted to celebrate with the very people who had been in the trenches with me because they understood.”

Rather than celebrating the end of something, Tina chose to honor the start of something — her new life. She says that her celebration signified a “new beginning,” adding, “I had reclaimed my identity and my maiden name. I had lived under the rule of someone with Narcissistic Personality Disorder for 10 years and that is a hell that I wouldn’t wish on anyone. I walked on eggshells for many years and it was my chance to step off of the eggshells and start living my life. It was a very empowering night and I would do it all over again.”

How to attract new love after divorce >>

What about the kids?

As a mom of two children under the age of 10, Tina was always very conscious of shielding her children from the ugliness of her divorce as well as the celebration of her divorce party. Her kids still have “no idea” that she celebrated the event.

She did the right thing

According to Sharon Gilchrest O’Neill, Ed.S., LMFT, a licensed marriage and family therapist and the author of A Short Guide to a Happy Marriage, and its Gay Edition, Sheltering Thoughts About Loss and Grief and Lur’ning: 147 Inspiring Thoughts for Learning on the Job, Tina did the right thing by shielding her children from the knowledge of her divorce party.

Sharon finds nothing wrong with celebrating a new beginning as Tina did, but she says, “Celebrating divorce is not emotionally helpful for the divorced individual, and certainly is not for a child.”

Sharon adds that during divorce, a parent should start a new ritual with their children in their new life. She says, the new ritual “is a ‘marking’ that life is changing and that they will continue to share a wonderful life together — whether a child is living with them full time or part time. This could be dinner alone every Wednesday at the local low-key restaurant or Friday game night.”

More on divorce and single motherhood

Are you ready to move on? 4 No-fail ways to tell
How to balance life as a single mom
Dating tips for the single mother

Is it OK to Bring Kids to the Office? Here’s What People Really Think

Why Yes, Parents, You Can ‘KonMari’ Your Kids’ Clothes — Here’s How to Pull it Off