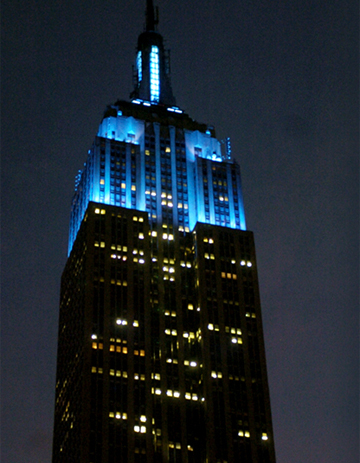 For my family, the past 365 days have been nothing short of remarkable and victorious, not just for Ethan, but (I like to think) the entire autism community. The adventure began on April 25, 2012, when a video of Ethan playing Billy Joel’s “Piano Man” went viral.

From there, Ethan’s musical talent took on a life of its own. There were awards, accolades, international press, fundraising dinners, charity concerts, music competitions… so many incredible opportunities that have allowed Ethan to help educate the world about the autism spectrum, and become my self-appointed autism ambassador in our own little part of the world. (In fact, Ethan is the reason SheKnows.com initially asked me to write a weekly column!)

Ethan has raised autism awareness to such great degrees at local, national and international levels, that Autism Speaks named him “Volunteer of the Year” for the Westchester, New York/Fairfield County, Connecticut area. Every time Ethan achieves something of note, his therapists proudly remind me that when they first worked with him four years ago, he: Wouldn’t look them in the eye… was uncomfortable in his own body… disorganized… became sullen and solemn around groups of people… had little language… needed to be taught to point, jump and walk up steps one foot at a time…

Ethan’s year of “awe-wareness” culminated in two different phone calls. The first, from a United Nations (UN) representative who had seen and heard Ethan’s YouTube videos, and wanted to know if he could/would play piano and sing before an international delegation on “The Ability Within the Disability.” (For the record, I loathe the word ‘disability’ as I believe it is an antiquated misnomer and highly derogatory as it relates to people with autism.) The answer to the UN representative’s question of course, was an unabashed, “Yes!” 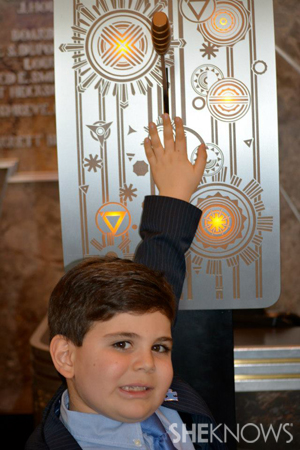 The second call came a few days later. “We know Ethan loves the Beatles,” said Christie Godowski, Autism Speaks’ Long Island executive director. She continued, “We wondered if he might be available to help Yoko Ono ceremoniously light the Empire State Building blue for World Autism Awareness Day?” Very few things render me speechless. This request certainly did. My son. Autism representative. Empire State Building. Yoko Ono! OMG, what am I going to wear? And, how irate will my husband be when he sees the bills for my obligatory new dress, new shoes, Botox, hair highlights, and five blue hair extensions? (Autism is a costly proposition, one way or another. Besides, it’s all for the cause.)

For many children on the autism spectrum, a social story — a written or visual guide that details how certain situations will unfold — goes a long way. Luckily, Ethan, a John Lennon fan, knew all about Yoko Ono. Doubly lucky, my son was more than comfortable in front of a large crowd; the larger, the better. The one unknown and uncontrollable variable was, “What if Ethan says anything inappropriate?” Michael and I were not concerned that he would say autism-spectrum-inappropriate comments, we were much more concerned about any 7-year-old-child-inappropriate comments. 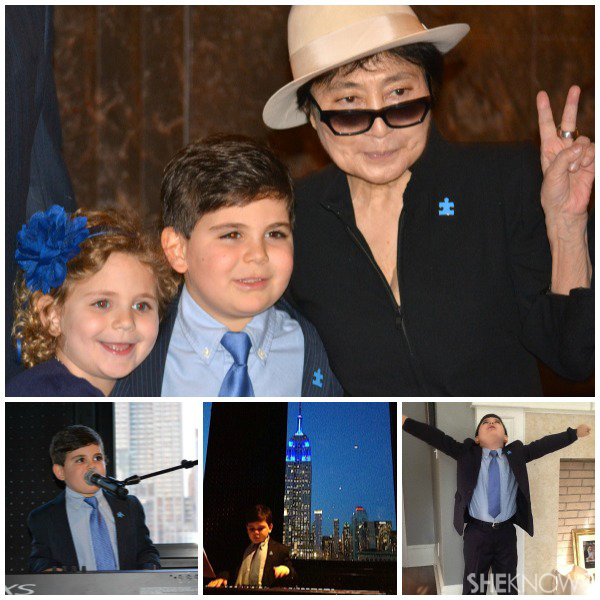 Right on schedule, Ms. Ono appeared. Ethan waited patiently until he was formally introduced to Ms. Ono, and said, “Hello, my name is Ethan Walmark,” and shook her hand. He then said, “You were married to John Lennon?” (Uh, oh. Where was he going with this… ) She graciously and sweetly replied, “I was. I am.” He then proudly stated, “I love the Beatles!” Ms. Ono smiled and nodded. It was at this moment that I interjected, “Ethan, tell Ms. Ono that you play an awesome version of ’Imagine!’” Without missing a beat, Ethan looked Ms. Ono right in the eyes and said, ”Imagine a world… without autism.”

Ms. Ono, seemingly caught off-guard by my son’s words, thought for a moment or two and replied, “Yes, Ethan. Imagine a world without autism.”  As Ms. Ono once said, “A dream you dream alone is only a dream. A dream you dream together is reality.” My son’s dream is my dream, and together, we seek to make our shared dream, reality.

Aside from my wedding day, and the births of my children, my son’s interaction and conversation with Ms. Ono will forever be one of the most memorable days in my life. (In a somewhat ironic how-things-come-full-circle-events, just in time for Autism Awareness Month, Ethan’s original ”Piano Man” video has made resurgence on the internet thanks to the “Amazing and Funny Videos” site.)

The morning of April 2, 2013 was as close to perfection as possible. Only one minor detail would have made the day flawless, and that would have been for Ms. Ono to lean over to both Ethan and Eliza — my children who wouldn’t know a vegetable (excluding French fries) if it hit them in their faces — and whisper, “Give peas a chance.”

My children eating vegetables. Now, that’s something to ”Imagine.”

If you, like Ethan, “Imagine a world without autism,” take the first step. Please consider a tax-deductible donation to the Autism Speaks E-TEAM.