The Arc of Massachusetts began a program to teach medical students about intellectual and developmental disabilities more than 20 years ago. Today, interest has expanded but resources are limited. 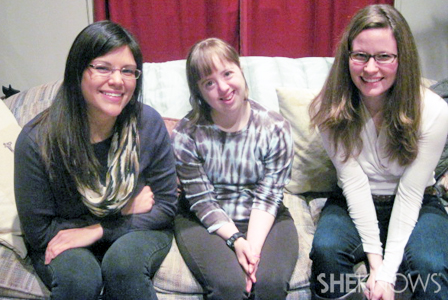 Operation House Call continues to build sensitivity, based on the theory that families are the best teachers.

Having a child with special needs gave me superhuman powers — transforming a relatively unrippled lifetime into a tumble of emotions and hypersensitivities.

Today, I can detect undertones of sympathy, pity and fright in strangers. I also can recognize the stuttered actions of someone who is uncomfortable in the presence of a child who may look or act differently from a typically developing child.

These superpowers sharpen near medical professionals, whom I hold to high standards. I expect them to be smarter than me, both by book and experience.

When a doctor or nurse speaks in generalities about Down syndrome without acknowledging my child is unique, I withdraw. If a therapist discusses tactics without regard for time, resources or emotional capacity, I recoil.

When I worked full-time, I stayed home later on certain mornings to attend my son’s in-home physical, occupational and speech therapy sessions. I bristled when a therapist arrived late without warning or apology, with no regard for her impact on my day.

Are parents too sensitive?

Maybe. But consider how these experiences could be improved if more medical students learned how to work with families of children with intellectual and developmental disabilities.

The Arc of Massachusetts began Operation House Call (OHC) 22 years ago with the goal to teach compassion to medical students while also schooling them on intellectual and developmental disabilities. OHC strives to change perspectives and behavior by introducing expert teachers — the families themselves.

At Boston University School of Medicine, where OHC premiered, students must complete the course during their pediatric rotation.

The class requires a 90-minute class taught by an OHC parent instructor, including 30 minutes of co-teaching by a young self-advocate with intellectual or developmental disabilities, or both. Each student participates in a two-hour home visit to an OHC volunteer host family with a student partner.

“Operation House Call provides lessons that no medical textbook or professor can teach. Students get to experience the real deal — people with disabilities living and interacting with their family and friends,” says Dr. Brian Skotko, co-director of the Massachusetts General Hospital Down Syndrome Program.

Susanna Peyton’s eldest son, Graham, has Down syndrome. In 1994, OHC invited her family to participate — 10 years later, Susanna became the course’s parent coordinator. Today, she is a program adviser who says her greatest reward is working with volunteer families.

“They are, without exception, the best part of the experience,” she says. “They command respect, show compassion and integrity, and teach with enormous knowledge.”

Peyton describes the challenge of watching interest in the OHC program increase as resources and funding stretch.

“We cover our costs through some funds from the schools, private donations to The Arc… and an outstanding annual contribution to costs from the Massachusetts Down Syndrome Congress,” Peyton says.

“The second biggest reward is meeting the wonderful new young generation of doctors and other health care providers,” Peyton shares. “They are eager learners and inspiring people.”

Peyton says programs like Operation House Call are rare, which is why OHC strives to develop a model that can be adopted universally. While many existing volunteer families have a child with Down syndrome, the program is increasing its diversity to provide experiences with children with other disabilities, such as autism.

“Parents who teach this course are extremely mindful that they represent a range of families,” Peyton shares. OHC recently recruited a parent instructor, Maura Buckley, who has two children with autism.

For more information about The Arc of Massachusetts Operation House Call, visit its website.

Should students with disabilities have equal access to sports?
Coping and surviving when your child won’t speak
Special needs double standard?