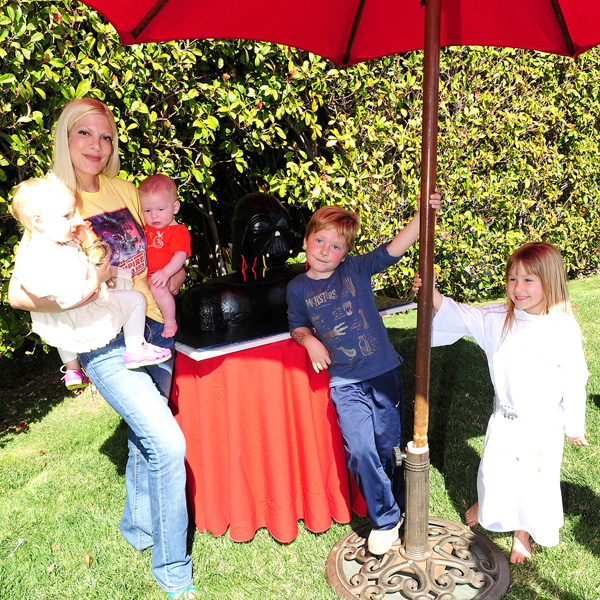 Liam’s Darth Vader cake was the hit of the party! “Liam’s amazing Darth Vader cake from Hansen’s Cakes! A family tradition,” Spelling wrote. “Since Liam is now 6, he’s old enough to cut his own cake.”

Liam’s baby brother Finn also made his first appearance during the cake-cutting. Spelling dressed him in a furry brown costume, which she said looked like either an ewok or baby chewie, however Spelling said the furry headpiece sent him “over the edge” so she took it off him and he wore this colorful orange onesie instead.

47 mins ago
by Jennifer Mattern

Welcoming Children Into My Polyamorous Family Was a Huge Decision, But It Brought Us a World of Love

4 hrs ago
by Ian Jenkins, MD