Your ears burn. Your eyes water. You cannot believe you just heard an experienced medical professional utter such an insensitive, ignorant comment. Parents who have received a Down syndrome diagnosis at birth share their stories.

Related story Ronda Rousey Shares 'Primal' Breastfeeding Photo: 'It's Really Nothing to Be Ashamed Of' 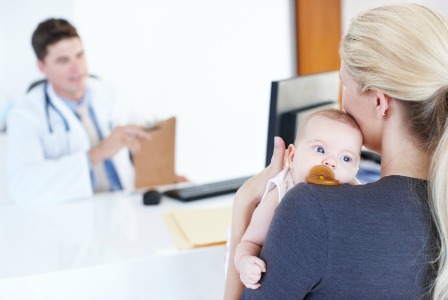 Some of these stories from real moms show we have a long way to go in offering compassion and support when families need it most.

Giving birth is emotionally and physically taxing when everything goes smoothly. For families who learn after birth that their child has Down syndrome, a medical professional’s word choice, tone of voice and body language have tremendous impact — and too often, can make a difficult situation even more stressful.

Lisa’s experience nearly 25 years ago offers a look back at a time when society — and doctors — reacted with less acceptance of a newborn with Down syndrome.

She describes the neonatologists speaking with her husband first, and alone. “They suggested that we place [our son] in a home or institution. [They] went as far to tell [my husband] they could put us in contact with someone to assist us. David told them basically thanks but no thanks. Zach was our son and he would be going home with us.”

Sarah shares the shock of learning her daughter’s diagnosis in the middle of the night from doctors speaking in hushed tones while her husband was sleeping just feet away.

“At the very end, my husband woke up, but he was out of it. Why didn’t I wake him? [I’m] not sure, but I blame the exhaustion, shock and fear.”

Susanna’s son is now 26, and her experience at his birth illustrates a sensitive approach from the same generation of physicians that advised Lisa to institutionalize her son.

“The doctor who approached us said… ‘I want to tell you the good news first: You have a healthy baby boy. But I also need to say that we need to test him for Down syndrome.'”

She and her husband felt fortunate because the news came quickly, the doctor used first-person language and he began by focusing on a positive.

Beth was still in recovery when she learned of her child’s diagnosis. “My [labor and delivery] nurse sat with me, hugged me tight, and we both cried. She was the most comforting ‘stranger’ I’ve ever known. I’ll never forget her.” 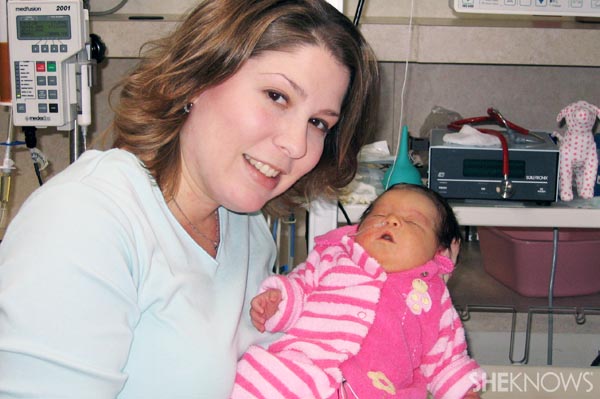 Terri Leyton is program director of the Down Syndrome Association of Greater Charlotte, North Carolina. In 2012, she helped launch the association’s First Call program, which trains parents to effectively support or counsel new parents who have just received either a prenatal or at-birth diagnosis of Down syndrome.

She and her husband learned of their own daughter’s Down syndrome diagnosis years earlier in what she describes now as a “textbook” manner.

After sitting down in Terri’s hospital room, her OB shared his suspicion that her daughter had Down syndrome. “My OB then gave me something to hope on. She said that people with Down syndrome can live independently. For example, she had a 25-year-old patient who lived on her own.

“Now, here I am working toward the goal of having every diagnosis given be as ‘textbook’ as mine. There are days when I want to call that OB and ask her where she got her training and thank her for a job well done.”

Delivering facts with the diagnosis

Charlotte’s “Parents’ First Call program,” modeled after the Massachusetts Down Syndrome Congress’s program, seeks to provide expectant or new parents with unbiased, accurate information about Down syndrome by connecting them with trained individuals. That means up-to-date information on what people with Down syndrome can and often do accomplish.

When Brandi learned of her daughter’s diagnosis, she remembers several doctors focused on informing her about what her daughter would be unable to do.

“I distinctly remember one saying that she probably won’t walk until around 18 months,” Brandi shares. Her response? “She’s only a day old?! Challenge accepted.”

Society’s more accepting nature and medical professionals’ increased diversity education perhaps have eliminated the knee-jerk advice by doctors to institutionalize a child with Down syndrome. But a lack of sensitivity may be a timeless and insurmountable challenge to ensuring parents receive a fair, compassionate and accurate diagnosis.

For some parents, reflecting on the discovery brings clarity and a wistfulness.

Before she had even seen her newborn daughter, Sandy heard the neonatal nurse practitioner say, “I wanted to tell you her vitals are fine but based on our physical assessment, we suspect she has Down syndrome.”

“[There was] no emotion,” Sandy remembers. “The first words I spoke to my daughter were, ‘Yes, you do have it.’ And from then on all I could see was the Ds.”

Today, Sandy’s daughter is 10 months old. “Looking back at pictures and video of the birth, I realize just how beautiful and perfect she really was,” she shares. “I wish I would’ve seen that then.” 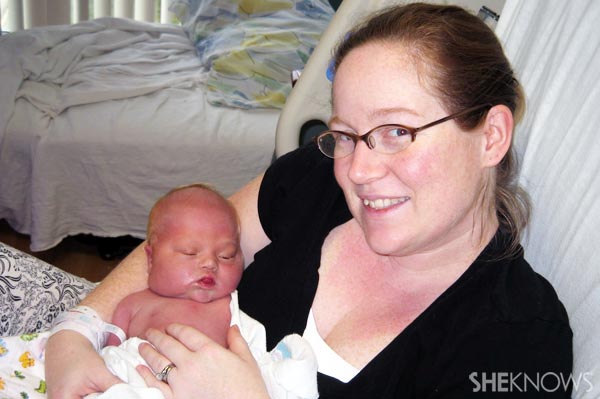 In a blog post titled, “On the Night You Were Born,” Jill Wagoner records her memories for her son, Cooper, about the very first perspective their doctor shared about Coopie’s future.

“I will never forget him sitting down in the rocking chair, calm and casual and saying in no uncertain terms, as if it was the most certain thing he ever knew… that you would be the coolest kid.

“He told us that you would do well, be loving, fulfill our lives and surprise us in many ways. He was so absolutely sure that it would all be OK.

“I don’t think he will ever truly realize what that small amount of time and simple words did for your dad and I.”

21 hrs ago
by Rebecca Padron