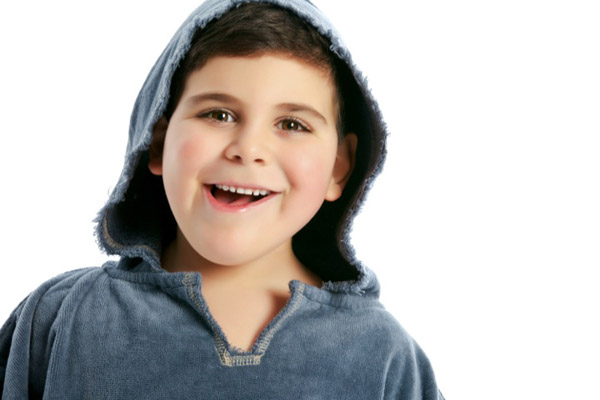 Every April, for the past four years, I get the blues. With each successive year, the blues get worse and worse. By “the blues,” I do not refer to the 20-milligrams-of-Prozac-that-will-help-cure-the-blues Prozac blues. Nor do I consider my April birthday or April wedding anniversary to be the cause of my blues. (Although one could reasonably argue that being only a few years away from the mid-century mark is more than enough reason for gloom and doom.)

Light It Up Blue 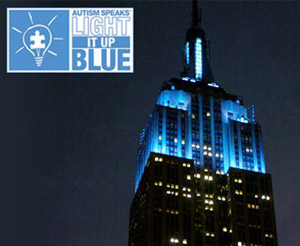 On December 18, 2007, the United Nations (UN) General Assembly adopted resolution 62/139, which declared April 2 as World Autism Awareness Day (WAAD). This UN resolution was designed specifically to shine a light on autism (every 11 minutes, a child is diagnosed with an autism spectrum disorder. One in 88 children in the United States is on the autism spectrum; 1 in 54 boys) as an (inter)national epidemic* and crisis, and an issue that is not isolated to just one nation. In addition to WAAD’s educational ramifications, WAAD celebrates the unique talents and skills of persons with autism. WAAD is a day to embrace those in the autism community on a global scale. WAAD has united international autism organizations to help millions of previously undiagnosed and misunderstood individuals in need of assistance.

To celebrate April 2, WAAD and Autism Awareness Month, Autism Speaks, the world’s leading autism science and advocacy organization, encourages everyone — whether affected by autism or not — to Light It Up Blue, and shine a light on autism. More and more, international landmarks, bridges, sporting venues, and retail outlets Light It Up Blue.

A major case of the blues 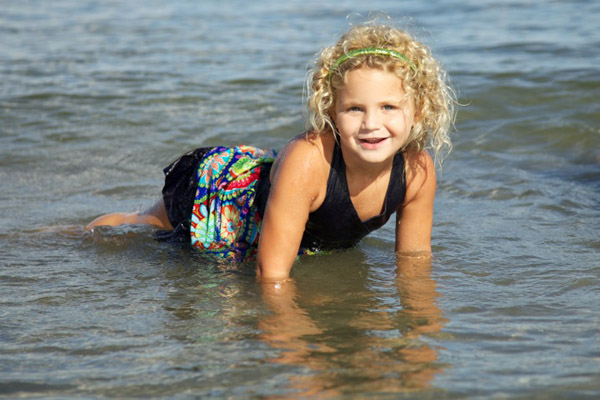 This April, the Walmark household — especially “Mommy Dearest” — will get a major case of the blues. I/we want to be to autism what these families are to holiday decor. I/we will shine a light on autism, and shout it from the rooftops.

Autism affects more children than pediatric cancer, pediatric AIDS and juvenile diabetes combined — to not shine a light on this cause is simply, well, dim.

To celebrate and honor Autism Awareness Month — and despite my husband’s eye roll — my 6-year-old daughter and I will get “tasteful” blue hair extensions (an oxymoron if ever there was). In an effort to press my luck, I mentioned in passing that I also wanted to get a very, very, teeny tiny “puzzle piece” tattoo, strategically placed on my gluteus maximus (which gets more maximus by the day), with the implication that autism can kiss my you-know-what. Before I could finish the sentence, my husband gave me a resounding, “No!” 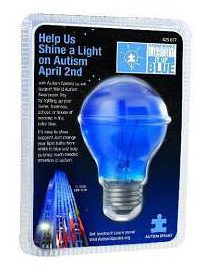 The Walmark family will shine a light on autism come April 1 by literally changing the light bulbs inside and outside our home from white to blue. Since March 1, The Home Depot — whose co-founder Bernie Marcus helped financially launch Autism Speaks, and is an Autism Speaks board and executive committee member — has sold blue light bulbs in the United States and Canada. A portion of each designated blue light bulb sold goes to Autism Speaks to fund research, advocacy, family services and awareness for families living with the condition.

Additionally, my friends — the bedrock of my (in)sanity — who create, design, sell products and services (belt buckles, jewelry, stationery, health and beauty products, artwork, etc.) have graciously agreed to donate 15 percent of whatever is sold on my Autism Speaks E-TEAM Facebook page.

Ethan at the United Nations

Of course, World Autism Awareness Day is not complete without my son Ethan, the blessed reason I get the April blues. Appropriately, my incredible, sweet, handsome, smart, funny and talented son was invited to play piano and sing at the United Nations — the place where WAAD began — on April 2. Ethan will perform in front of an international panel that will discuss “The Ability Within the Disability.” I, for one, will have a massive case of the blues that day, which may prove to be a very difficult balancing act. You see, how can I be blue when, as the mother of a 7-year-old on the autism spectrum who will entertain a United Nations delegation on a day designed for people with autism, I also fully expect to be tickled pink!

For donations to Walk Now for Autism Speaks on behalf of Ethan Walmark or any child, please visit walknowforautismspeaks.org.

Autism by the numbers

A new government survey of parents* indicates that 1 in 50 school-age children have autism spectrum disorder (ASD). This is significantly higher than the official government estimate of 1 in 88 American children. It also supports research suggesting that many affected children are being missed by the surveillance methods the Centers for Disease Control (CDC) uses to produce its official estimate.

The CDC’s 1 in 88 estimate of autism prevalence is based on medical and school records of 8-year-old children at monitoring sites across the country. As such, it misses children who are not receiving medical or special education services related to autism. The new 1 in 50 estimate comes from a 2011-2012 telephone survey that asked nearly 100,000 parents across the country a range of health-related questions about children ages 6 to 17.

“This number does not replace the official 1 in 88 estimate, but does suggest that it may be a significant underestimate of autism prevalence in the U.S.,” says Autism Speaks associated director of Public Health Research, Michael Rosanoff, M.P.H. “One in 50, or 2 percent, is much closer to what we’ve seen from research that involves directly screening children in the community.”

30 mins ago
by Ellen Niz

35 mins ago
by Tamara Kraus

58 mins ago
by Ellen Niz

At Least Yelp Is Helping Single Moms During the Pandemic; Now How About Congress?