As a mom to two boys, Megan Lyons has become a mom with a cause through her work with World Vision, helping families and individuals sponsor children in developing nations 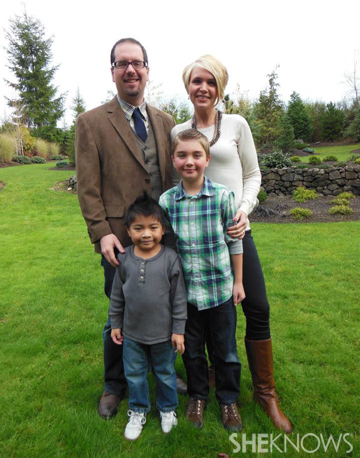 But, for Megan and her family, their work to advocate for children around the world goes much further than being a Child Ambassador for World Vision.

A mom to two boys, Jack, age 9-1/2, and Max, age 5-1/2, and the wife to Jon (they are high school sweethearts!), Megan Lyons is any mom, in so many ways — juggling the role of stay-at-home mom to her “all boy” boys, as she lovingly refers to them, playing chauffeur between their numerous fun-filled activities, volunteering at church, always planning and dreaming of her next travel adventure, enjoying quality kid-free time with her husband at wine and cooking clubs and even dabbling in a triathlon or two.

However, there’s one thing that sets Megan apart from the rest — she’s a mom with a cause. Her cause? Acting as a volunteer Child Ambassador for World Vision, helping to make the connections between children in impoverished nations around the world with “sponsors” who will help to fund the basic resources these children do not have access to, simply because of where they were born.

What is World Vision? 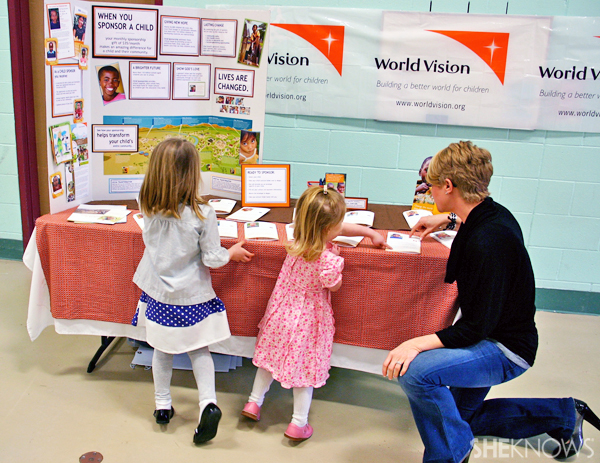 It’s likely that you’ve heard of World Vision before. They are well-known, worldwide, for their humanitarian efforts. From the World Vision website: “World Vision is a Christian humanitarian organization dedicated to working with children, families and their communities worldwide to reach their full potential by tackling the causes of injustice and poverty. Working in nearly 100 countries around the world, World Vision serves all people, regardless of religion, race, ethnicity or gender.”

One way that World Vision reaches populations who are battling their main causes of injustice and poverty is through their child sponsorship program, where families or individuals can sponsor a child for approximately $1 per day, allowing them access to basics such as clean water, food, healthcare and education. Megan’s role, as a Child Ambassador is simple, yet effective. She looks for opportunities to share about child sponsorship with others and helps to facilitate sponsorships for those who are interested.

“It’s transformation power and gives other people the opportunity to say yes to sponsoring a child,” Megan shares. “My hope is that talking about how much I enjoy sponsorship, and the effect it has on children and communities, that it will bring change to the lives of children all around the world.”

For Megan, making the “mom connection,” as she calls it, is paramount to her involvement with World Vision. As moms, there is a common thread that pulls us all together in this world — a notion that, as Megan puts into words, that we are all just trying to do our best to raise our children. Yet, for many moms in the world, lack of resources makes motherhood an uphill climb, rather than a walk in the park. Megan shares, “I have all of the resources in the world and yet some days, motherhood is daunting — well, a lot of days it is. What it must be like to have the huge task and life call of motherhood, and yet no resources. What a potentially hopeless feeling that must be, how long and hard those days must seem and how restless those nights would feel for those mothers.”

A family with a cause

The other piece in this “moms with a cause” puzzle is the fact that Megan is an adoptive parent — her son, Max, was adopted from Guatemala, a developing nation where the Lyons family also currently sponsors two children (of the seven, total, that they sponsor) through World Vision. “I think of what life would have been like for Max.” Megan reflects, “He, most likely, would be living in one of the same kinds of villages where World Vision offers sponsorship. When I get the updates and progress reports [from the children they sponsor in Guatemala], I always think ‘This, so easily, could have been my Max.'”

When the little things add up… to something big 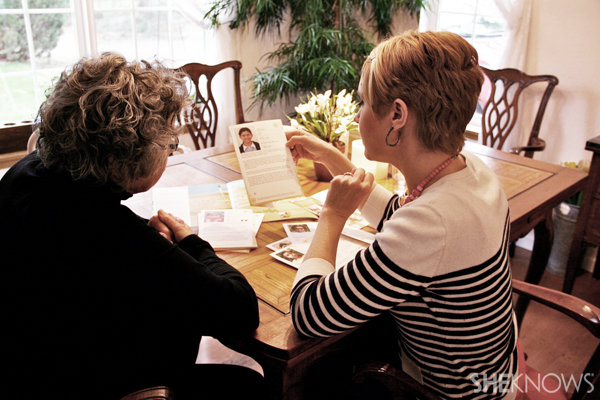 As with many causes that tug at our heartstrings so profoundly, such as supporting children in other countries, the big pictures can seem like an uphill battle… and one that one single mom, on her own, can never make a dent in. “I cannot, single-handedly end poverty,” Megan says, “But, I can be part of the solution.” In an email that she sent to us as a supplement to our initial interview, Megan makes a connection that most moms with a cause in their own hearts can relate to: “Sometimes, doing the little things add up to big things that make a difference,” she shares. “In the midst of the days of motherhood that seem mundane — piles of laundry, endless batches of mac and cheese, sibling spats, carpools, living room forts, dishes in the sink for days — it gives me a much larger vision that takes me outside of my own little world, one which could so easily consume me.”

The heartfelt and the heartbreaking

Megan admits that the success stories she’s experienced through World Vision sponsorship are too numerous to share. She tells of a recent sponsorship that proved to her, yet again, that bringing hope to children via World Vision is where her heart, and her efforts, belong. “I had a number of girls from India that I was working hard to find sponsors for. Most of the girls had sweet smiles, but one girl did not. Her face was hard, her eyes dark and nothing about her picture was welcoming.” Megan did, eventually, find a sponsor for this 14-year-old girl, who had lived her life on the streets of impoverished India.

A few months later, Megan received a message from the sponsor, which read:

“I just got my first letter and picture from my sponsored child. You would not believe it. She looks like a different person. Her smile is wide, her eyes are bright and there is something in her countenance that has changed. She is beautiful… and she cannot stop saying, over and over again in her letter, thank you for choosing me.”

For all of the heartwarming and encouraging stories, such as this one, that Megan encounters as a Child Ambassador for World Vision, there are moments that are difficult. Sometimes Megan needs to remind herself to be “patient and faithful,” realizing that even though sponsoring a child seems like a “no-brainer” to her, that not everyone shares her passion.

What you can do to help

If you’re interested in learning more about World Vision, how to sponsor a child or how to become a Child Ambassador, please visit Megan’s World Vision website. She can also be contacted via email. Megan receives a new folder every couple of weeks with the profiles of children from around the world who need sponsors and Megan is happy to chat with you about potentially becoming a sponsor, or about World Vision, in general.

More on moms with a cause