One of the most difficult parts of parenting is discipline. Discipline is simply the act of teaching your child right from wrong, with consequences to reinforce rules and values. But there are times when even your best parenting plan isn’t working — we’ve all been there. 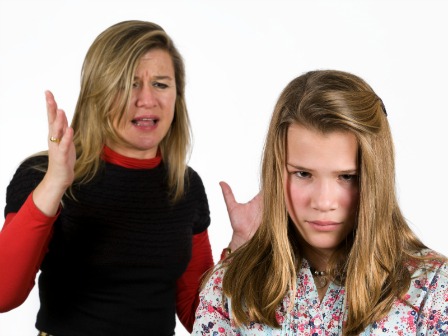 One desperate mom tried a new tactic, and found herself in the middle of a controversy.

As parents, do we have the right to discipline our children in the manner we choose? Obviously there needs to be boundaries and laws to protect children, but where do we draw the line? A Colorado mother tried something new to teach her kids a lesson, and instead found herself in a feud with school district officials.

Jessica Rocha of Fort Morgan, Colorado had “tried everything” to deal with the misbehavior of her children and decided to try something new. She said that her children came up with the idea to write their transgressions on a T-shirt.

They each wrote what they had done wrong — complete with definitions — and planned to wear the shirts to school. When her 8-year-old stepdaughter and 9-year-old son showed up at school wearing T-shirts that displayed the messages “I steal” and “I am disrespectful” school officials disapproved, and told them to cover up the messages. “The principal seemed to have a personal problem with it,” Rocha says.

Rocha feels that the school district is interfering with her right to discipline her kids, who she says are continually misbehaving at home. “We have tried taking toys away, we’ve tried grounding them from TV,” Rocha said in a televised interview. When the children themselves came up with the T-shirt idea, she was willing to try. Rocha checked the school dress code, and feels that since the shirts are not in violation of the dress code they should be allowed.

How to deal with discipline and house rules after divorce >>

“Public shaming may be effective in teaching our children what specific behavior they should stay away from in the future to avoid future humiliation,” says Jennifer A. Leigh, Psy.D., who is an author, parenting educator and a self-esteem, self-confidence and social skills coach for teens.

“However, shaming can damage the parent-child relationship. Children quickly learn they cannot trust their parents. Children need to feel safe and secure and to be able to trust their parents,” Leigh says. “Without such safety and trust, children’s brains do not grow and organize optimally. That means children are at risk for thinking, acting and behaving in detrimental ways,” she adds.

According to the American Academy of Pediatrics, “the most critical part of discipline involves helping children learn behaviors that meet parental expectations, are effective in promoting positive social relationships and help them develop a sense of self-discipline that leads to positive self-esteem.” Publicly shaming a child by having him wear a T-shirt that labels him as “bad” might instead cause a blow to a child’s self-esteem and not truly teach him correct behavior.

Do you discipline other people’s children? >>

Rocha feels that there is a bit of a double-standard when it comes to discipline. “So, it’s OK for the school to do it because they’re professionals, they have a degree,” she says. “But it’s not OK for a parent to draw attention to her child to make her child answer for what he or she has done.” She claims that her children’s behavior has improved since they made the T-shirts, and that she’ll continue to use wearing the T-shirts to school as a form of punishment for misbehavior.

What do you think? Should parents expect that school officials will support their discipline strategies, when they flow over into the school setting?