Car crashes are the leading cause of death for teens in the U.S., and they crash at three times the rate of more experienced drivers. Parents play a key role in helping their teens become safe drivers, and there are specific skills parents should help teens master as they learn to drive. 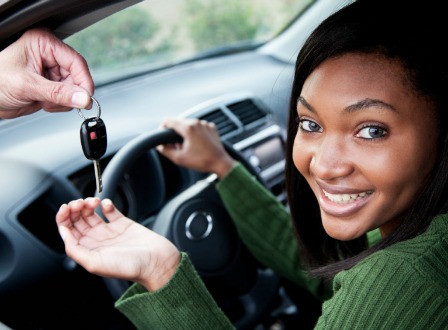 Studies show teens look to their parents for guidance and positive examples. Therefore, it’s important for parents to understand what they can do to help protect their teens during the first year of licensure, which is the most dangerous time of new drivers’ lives.

Here are some important skills teens must develop, and rules they should follow, to help ensure their safety on the roads:

Driving at night presents unique challenges. Visibility is poor and there is a higher likelihood of impaired or fatigued drivers. Additionally, most fatal teen-related nighttime crashes happen before midnight, with 40 percent of all teen crashes occurring between 9 p.m. and 6 a.m. Given teens’ already high crash risk, they should be off the roads no later than 10 p.m., and earlier is better.

Vehicles react very differently when roads are slick or when visibility is poor, and following times should be increased. Most states require teens to log a certain number of supervised hours driving in inclement weather, but parents are encouraged to require more.

Making turns is a difficult skill to master, especially turning left. Maintaining a safe following distance also can be tricky for new drivers. Teens need plenty of practice gauging how long it takes to safely make a turn and how much distance they should keep between their vehicle and the one they are following.

Studies show drivers have about three seconds to react to a hazard — one second to recognize it and two more to react. With experience, drivers become better at reacting to hazards but newly-licensed drivers are not as quick to respond or recognize them. Habitually checking rear mirrors, side mirrors, blind spots and scanning the road ahead and on each side will help teens adjust to changes in their driving environment.

Friends can be fatal

Regardless of age or years of driving experience, cell phone use while driving is risky. Drivers using cell phones — handheld or hands-free — are four times as likely to crash, and drivers who text are at least eight times as likely to crash as distraction-free drivers. Given teens’ already high crash risk, the combination of cell phone use and inexperience behind the wheel can be deadly.

Seat belt use is imperative

Seat belts reduce the risk of death to front-seat car passengers by 45 percent, and reduce the risk of injury by 50 percent. A 2008 study done by the National Highway Traffic Safety Administration showed 80 percent of teens said they always wear a seat belt because their parents insisted they do so when they were young. Setting a positive example really does make a difference.

Never use alcohol or other drugs

In 2010, about 1 in 5 teen drivers involved in fatal crashes had some alcohol in their system, according to the Centers for Disease Control and Prevention. No driver, regardless of age or experience, can safely operate a vehicle while under the influence of alcohol. Teens must understand the risk involved and the consequences of drinking or using other drugs and driving.

Each state has some form of Graduated Driver Licensing, which was developed to keep teens safe as they learn to drive. Teens and parents can review them together from time to time and set their own rules and restrictions. Just because something isn’t a state law doesn’t mean it can’t be a law in the home.

Making sure teens are safe on the roads is everyone’s responsibility. Recognizing the need to raise awareness at the grassroots level, The Allstate Foundation and the National Safety Council partnered to establish Teen Safe Driving Coalitions in 10 states. If you live in California, Florida, Maryland, Minnesota, New Jersey, New York, Ohio, Pennsylvania, Tennessee or Texas, consider getting involved and becoming an advocate for safer teen driving.

Kelly Browning, Ph.D. is the Executive Director of Impact Teen Drivers www.impactteendrivers.org and leader of the California Teen Safe Driving Coalition, an initiative of The Allstate Foundation and the National Safety Council. Impact Teen Drivers is an education and awareness program focused on stopping the number one killer of young people in America — reckless and distracted driving. It is her philosophy that it will take all of us — parents, teens, law enforcement, educators, media and dedicated community members — to change the culture of driving to one which is distraction free.

Keys to the wheels: Safe driving tips for teens
Think women are lousy drivers? Watch out for teen girls
Teaching teens to be safe drivers