Teens care about more than just dating, going out on a Friday night and getting their driver’s licenses. Some teens are taking action on big initiatives, like putting an end to global warming. Learn how Alec Loorz from the iMatter movement is working to help save the earth. 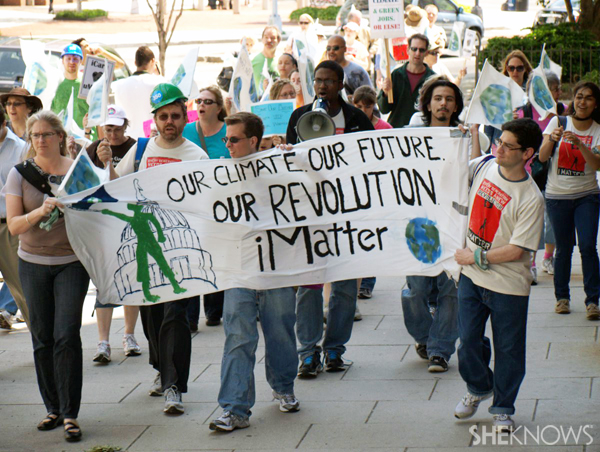 Teens participating in the iMatter March in Washington, D.C. in 2011

By age 18, he had sued the U.S. government, trained with Al Gore, shared philosophies with the daughter of Dr. Martin Luther King, Jr., and inspired tens of thousands of youth from 45 countries and more than 200 cities to march in their streets with a unified message — “Our future matters!”

Alec and his mother, Victoria, launched Kids vs Global Warming when Alec was only 13 years old. The iMatter Campaign, an initiative of Kids vs Global Warming, began in 2009. Its mission is to “empower youth to become the voice of the climate crisis so that our society wakes up and actually begins to live as if our future matters.”

Alec says he didn’t set out to spark a movement. “I just did what I felt I needed to do to raise awareness that my generation’s future was at stake, and we all need to be involved in bringing about a new way of living if we are going to survive,” he explains. “I guess that really resonated with people.”

The iMatter Youth Council (iMYC) is an international team of young leaders who act as spokespeople for their generation through school presentations, speeches, videos, blogs and articles. But iMYC isn’t just talk.

Members also organize marches and meet with government officials. The goal is to change the way people think, live and act.

“We need to build infrastructure and raise funds to keep up with the momentum,” says Victoria Loorz, Alec’s mother and the executive director of iMatter. “It’s a huge challenge. I know there are many people out there who would want to join us in our work, but it’s a skill we’re still learning.”

While Al Gore inspired much of Alec’s philosophy on climate change, iMatter hopes to differentiate itself from the liberal pigeonhole into which many environmental organizations find themselves plunged.

“The climate crisis is not a political issue,” Victoria says. “In fact, it’s not even an environmental issue. It’s a moral issue. But corporate money from oil interests have made it into a political one.”

Akilah Sanders-Reed, 18, is an iMatter youth council member and student at Macalester College. She has been a climate activist since she was about 14 years old.

“Climate action isn’t some strange litmus test for how liberal or conservative a person is,” Akilah says. “It’s a test of a person’s commitment to every young and future American, and every citizen of the planet.” 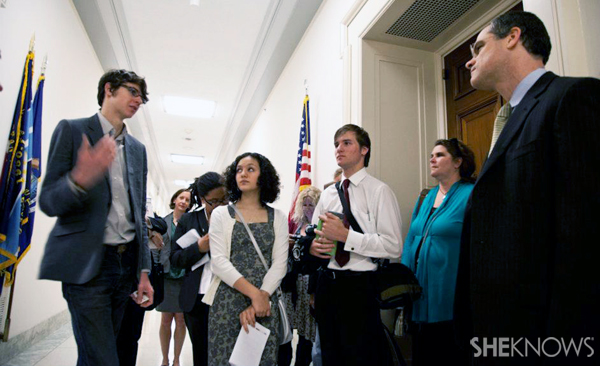 In addition to recruiting Republicans, iMatter hopes to attract individuals with large fan bases to help organically expand iMatter’s reach. While growing funding and reach are paramount, iMatter’s long-term goal is “to see some actual change in our political system to reduce carbon emissions as prescribed by scientists to bring down carbon levels to 350 ppm,” explains Valerie Serrels, mother to three teens who have worked with iMatter. Valerie is also coordinator of the iMatter youth council for Kids vs Global Warming.

While Kids vs Global Warming is primarily driven by youth, the organization says it strives to involve parents and plans to launch a mentor program this year. “Elders are needed as much as youth are,” says Victoria, Alec’s mother. “Both need to be honored, supported and mobilized together.”

Grant Serrels, 17, is an iMatter youth council member and Valerie’s son. He describes why he believes this youth movement is poised to succeed.

“The unique thing about youth leadership as part of the climate movement is that our voices represent future generations and put focus on the need to change the way we live, act, use, abuse and profit from our environment,” he says. “History has shown us that a movement of young people can bring change.”

Alec says his passion is especially fueled by people who tell him something cannot be done.

“I love it when people tell me that!” he says. “It makes me mad and I have to prove them wrong. Larry King stated the problem plainly…  a few years ago [when he said], ‘Nobody cares about what’s going to happen in 50 years.'”

“Well that’s easy for him to say, he’ll be dead,” Alec points out. “But I won’t be. Our children won’t be. This planet won’t be. So I believe that it is up to us — the youngest generation — to stand up and ignite a movement that will change the mindset of every person on this planet.

“In fact, I believe it’s what we were born to do.”

More about kids making a difference