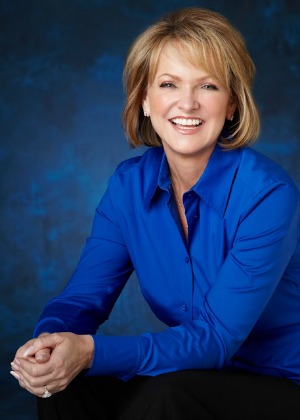 Rhonda Sciortino spent years in the child welfare system — and understands how these transitioning youth feel. “Although I was in the child welfare system from the time I was 6 months old until I emancipated at 16, it had been many years since I had seen my foster family,” she remembers. “I was actually with that wonderful foster family for a very brief time. The rest of the time I had been placed with my very abusive maternal grandparents,” she says. She remembers when the social worker would come around and life would appear good, leading the social worker to assume she was fine — for another six months. “Until one day when I had two black eyes. Previous bruises had been explained away, but it’s tough to create a believable story that results in two accidental black eyes,” she recalls.

A chance at a normal life

“The social worker took me to ‘stay with’ a couple whose only child had been killed in a car accident. I don’t remember their names or what town I was in, but I remember that those two people were so kind to me,” she says. “In their home, I felt truly safe for the very first time. I saw sheets and pillow cases that were clean and that matched. I had plenty to eat. That foster family planted seeds within me that I have never forgotten,” she says. She saw for the first time in her life people who didn’t scream, insult and hit each other. “I learned that there are people who don’t drink themselves to sleep at night or put cigarettes out into the arms and legs of the children with[in] their reach,” she adds.

She remembers the point in time when she was truly on her own, with no resources. “Transition into life on my own would have been infinitely easier if I’d had mentors who helped me learn how to properly conduct myself,” she admits.

“I had a very rough exterior that I had developed in order to survive the very dangerous neighborhood in which I grew up. As you can imagine, the survival skills I learned on the street didn’t translate to proper office conduct.” She says she picked up on cues to appropriate behavior by watching her co-workers, supervisors and friends. “But intentional mentoring could have significantly sped up my growth and probably could have saved me an ocean of tears,” she adds.

Sciortino now serves as a spokesperson for Foster Care Alumni of America. She has the opportunity to speak to foster parents, court appointed special advocates and child advocates all over the U.S. thanking them and letting them know the power of the seeds they plant. She also works with the Successful Survivors Foundation.

“To teach kids that they are not an accident, Successful Survivors Foundation has partnered with Saddleback Church to create the You Are Not An Accident program, which connects churches, child welfare people, and transition-aged foster kids to successfully transition into their own, independent, self-reliant lives. We’re piloting the program now, and when we raise funds to create all the materials, we’ll be providing the entire program free of charge,” she shares.

She also started her own company, helping secure affordable insurance policies for child welfare organizations all over the U.S., saving them millions of dollars. She is the author of From Foster Care to Millionaire, and recently went live with an online course that is free to anyone who was ever in foster care, called Succeed Because of What You’ve Been Through.

How you can help

Some states have passed laws to make extended services available to youth who are transitioning out of the foster care system, but there are still many in need. Interested in helping? Consider becoming a mentor through a local foster care organization, or offer to teach youth basic job skills. Anything you do to help a foster child transition into life on their own impacts not only their life — but the lives that they touch.