Science is an amazing subject. Its study changes the way we think about how the world works around us. Daily, researchers and scientists test the boundaries of what we know to find out more. 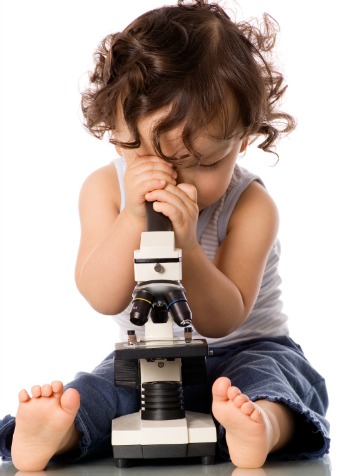 Bestow upon your child a moniker from a famous scientist and share your love of all things science with your baby boy or girl.

We’ve come a long way from thinking the earth is flat and that the sun revolves around us — and from doctors messing with cadavers, and then delivering babies, without washing their hands. Why not pay homage to science when you have your little one?

We picked some really inspirational and honestly quite mind-boggling genius minds to feature here. We’ve included their major contribution to science, but feel free to explore and investigate each guy or gal further to see exactly how brilliant they were, or still are. Many have had several major contributions to science. There is still much to be discovered — maybe your baby boy or girl will be on a list like this a few decades in the future.

From the long-ago Greeks, men have been changing the world, one scientist at a time, over the course of centuries. Here is but a small sample of the amazing men that have changed the course of science.

Women have had more struggles to get recognition in the scientific world, but that didn’t stop these gals from making their own mark in research, exploration and contributing to some of the most useful and amazing scientific information we have at our hands today.

Baby names from Irish folklore
Baby names for foodies
From Storm to Winter: Baby names inspired by the weather

23 hrs ago
by Hannah Grieco