When a professional athlete tossed out the R word in an emotional post-event interview, the special needs community reacted swiftly and fiercely. The athlete was quick to apologize via Twitter, and the incident faded fast from fans’ memories. 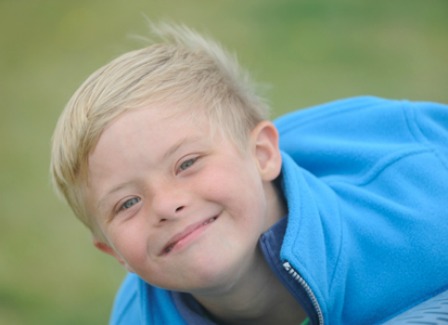 Athletes and celebrities alike have used the R word, quickly apologized and then watched the torrent of criticism evaporate.

But a high-profile member of the medical community, NBC News medical correspondent Dr. Nancy Snyderman, received a decidedly different and longer-lasting reaction after she referred to children with Down syndrome (Ds) as “Down’s babies” during a Today show segment.

Should society hold medical professionals to a higher standard when it comes to language?

At first blush, the R word gaffe seems more offensive, but critics say Snyderman’s experience and visibility demand that she adopt modern people-first language. In addition, the chromosomal condition is Down syndrome (not Down’s syndrome), named after the British physician who discovered it, John Langdon Haydon Down.

Dr. Snyderman did not respond to requests for comment on this story.

The special needs community advocates for people-first language, which is intended to put a person before his or her medical condition (e.g., child with Down syndrome vs. Down child).

“I think it’s a big deal!” says Beth, who has a child with Ds. “Modern medicine should come with modern technology and modern speech.”

Dr. Brian Skotko is co-director of the Down syndrome Program at Massachusetts General Hospital and has dedicated much of his life to researching Down syndrome and advocating for individuals with Down syndrome. His career as a physician coupled with his experiences growing up with a sister who has Down syndrome offers a unique and multi-faceted perspective.

“In medicine, our language is sometimes more powerful that our prescriptions,” Dr. Skotko points out. “All physicians have a duty to listen to their patients. Updating our terminology to respect patients’ concerns is as important as modernizing our medical offices with the latest clinical instruments.”

Read about how people with disabilities encourage “people-first language” >>

Ashley has a child with Ds and says it may come down to deciding whether you prefer to entrust your child to a physician with better skills and experience or to the physician with the best bedside manner.

“As a nurse I am willing to accept a poor bedside manner [if it means] a greater [doctor] for the child. That may sound crazy… but it is what it is,” she says.

Some parents report feeling bothered by hearing physicians use the term “Down’s kids” or “Down’s” when making a general statement about individuals with Down syndrome.

“I just wish everyone would understand that every kid is different, disability or not,” Brandi pleads. “Just because [my daughter] has Ds, she is not textbook and is not exactly like everyone else.”

Sara shares a positive experience, when her son’s pediatric pulmonologist “premised a general statement about kids with Ds by saying, ‘I am going to make a statement about kids with Down syndrome to better explain xyz condition but do not think that I look at [your son] as a part of a group — he is an individual and I will treat him as an individual.’ So, yeah, doctors should know better!”

For Dr. Skotko, people-first language isn’t about being politically correct. “I use the language because my patients tell me it is the respectful thing to do. Patients with Down syndrome and other intellectual disabilities consistently say that they are people first. They are not labels. They are not diagnoses. They are not medical terms that have regrettably become popular slang.”

Not all parents are offended 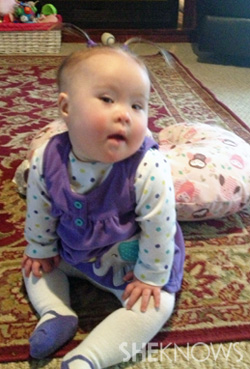 But not all parents are offended when a medical professional uses outdated language.

“Seems to me, people are a bit too sensitive,” says Paul, whose 10-month-old daughter has Down syndrome. He asserts that by accepting categorized dates and groups (e.g., World Down Syndrome Awareness Day, National Down Syndrome Society), we’re essentially approving of categorization.

“I don’t see ‘Down’ as a negative adjective,” he adds. “It is a characteristic of our [daughter], just as if she were blonde or chubby.”

Don’t bite the hand that… treats your child?

Parents who are irked by a medical professional’s language may be reluctant to speak up because of the relationship as doctor and patient.

When Jenn’s son was in the pediatric intensive care unit (PICU) after heart surgery, she says an attending physician referred to him as “a Down’s.”

“I didn’t say anything because I was always told you don’t piss off the people in the PICU who are treating your children,” Jenn explains.

“If a healthcare professional has never heard of people-first language before, I think we need to give them a break if their intention was not to offend.

“However, once a physician has been educated about the preferred terminology, I think they have an obligation to update their vocabulary out of respect to our patients,” he adds.

All about the context

Sandy looks at the context of people’s words. “I’m not one to be offended by much,” she shares. “As a nurse, I am guilty of ‘people-second’ language” such as ‘diabetics’ or ‘alcoholics.’

“But now that I’m on this side of the story [by having a child with Down syndrome], I am working hard to make that change within myself and with those around me. I think we need to remember that most of us (if not all) would be using the same references if it wasn’t for the fact that now we are on this side.”

Jenn suggests physicians may be in a rush to see multiple patients, and saying “Down’s” takes less time than “children with Down syndrome.” But she concedes that medical professionals who have received more training should be more aware of people-first language.

Megan has a child with Down syndrome and says medical professionals are held to a higher standard, period.

“To me, it’s your responsibility as a doctor to stay up-to-date on the most current research, and knowing the appropriate language and terminology to use when talking about my child is part of that.

“If you can’t do that, then what else are you slacking on?”