When the unthinkable happens to your family, parenting becomes a careful dance where you tread gently. But as time wears on, it’s necessary to get back to your version of normal — including ordering the kids to clean their rooms. 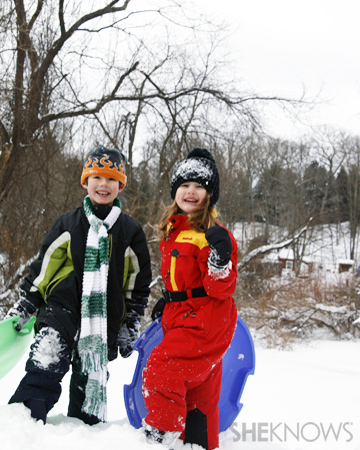 But how do you get there? And how do you allow yourself to fall back into your norms?

One morning, days — maybe a week — after December 14, 2012, my two children and I were getting ready to head out of our house to meet friends and family. Suddenly, it was like I could see my house clearly for the first time since that awful day. And in that moment, something snapped mentally back into place.

“Will, Paige, your rooms! Oh my goodness, you cannot leave them like this. They’re pigsties. Make your beds! Pick up your floors! Now!” The words tumbled out of my mouth, complete with a raised voice. It was the first time I had raised my voice at all since December 14, and it felt odd. Awkward. Scary. And in my heart, I hurt. It felt like I was doing something awful.

But then I saw my kids pop to action. It was as if hearing me raise my voice was a relief to them. Heck, my son was downright chipper about it — practically breathing a sigh of relief as he cleaned his room so quickly.

Then I realized that raising my voice wasn’t doing something awful, but actually taking a step back to our normal. It was time to find our way back to our regular family dynamics.

On December 14, 2012, my son was among the survivors at Sandy Hook School. A second grader, he and his classmates huddled with their teacher in their classroom — mere feet from where so many of our school community perished.

After my daughter and I found him safe and sound, I felt so blessed. I couldn’t stop hugging my children, and thanking God that they were both there with me (my daughter is an afternoon kindergartner and wasn’t at school at the time). Everything — our lives, our selves — felt so fragile.

We were thrust into an unthinkable situation where there were no rules, no guidelines, no advice ready to lead us forward. Suddenly, all the rules and discipline of our lives evaporated. As a parent, I unconsciously stopped parenting really. All I wanted to do was hug my kids and remind them how much I love them.

In the days that followed that awful day, our schedule — normally dictated by work and school — was tossed out the window. There was no game plan for the day. When we’d leave the house, it would be for most of the day and without a plan. Often, we ended up at my nearby cousin’s house where the kids would play and play and play and the adults would huddle, trying to make sense of what happened. I just let the kids be, encouraging them to have fun — I just wanted to see them smile.

Meals happened on the fly. Bedtimes were ignored. Routines disappeared. We literally lived minute to minute. It was all we could do. I couldn’t seem to get back to the place where I was the mom in charge — instead, it just felt like a “we’re in this together” mentality.

Getting back to parenting

That morning that I ordered my kids to clean their rooms was the start of our road back to normalcy. We needed that order back in our lives, and slowly it returned. Of course, parenting after tragedy wasn’t all sighs of relief and steps ahead. It took months to get back to routine meal times. And there was a lot of pushback on our bedtime routines.

Moreover, everything couldn’t return to normal. Frankly, there were parts of my parenting that will likely never return because looking back they just seem petty. In the before-time, one of our big rules was that the kids weren’t allowed to go to bed with their rooms messy — and if they tried, they would have to get up and clean. That rule has disappeared. Frankly, when they go to bed, I just want to hug them tight and remind them how much I love them — because you never know when life may completely change in an instant.

Now, nearly three months later, I look back and wonder if I could have found that normalcy sooner. While I don’t think so, I do wish I’d known what to do. So I asked an expert about parenting post tragedy.

“The most important thing for children is to get them back to normal life. Young children view everything through their own egocentric lens, so their point of view is always ‘what does this mean for me,'” says Bonnie Harris, MS Ed, a children/parenting specialist in New Hampshire and director of Connective Parenting. She’s also the author of Confident Parents, Remarkable Kids: 8 Principles for Raising Kids You’ll Love to Live With.

Harris says that when tragedy strikes, you need to deal with kids on an age-appropriate level and based on their proximity to the tragedy.

“The younger the child and the more distant the tragedy, allow them to simply live their life without going through the details with them,” says Harris. In our case, this wasn’t possible.

When you are close to the tragedy like we were, Harris says to be honest with kids and share facts, letting them ask questions. “Make sure there are opportunities for them to talk about whatever is going on for them. Allow any emotions, provide outlets for anger and frustration,” says Harris. “If someone close has died, the child might fear someone else close will die. Assurance is needed but only after fears have been taken seriously, and are not dismissed or denied.”

Perhaps the biggest thing though is dealing with the unexpected changes that come — like heightened emotions and clinginess. Harris says that these can mean that emotions need to be expressed. “Accommodate unusual or new security-seeking behavior… Play therapy, talking or physical outlets are needed,” says Harris.