In a surrogacy story gone sour, a baby was diagnosed with medical issues before birth, and a requested abortion was refused on the part of the surrogate mom. What ensued was a lot of confusion — and a baby placed for adoption. Who was in the right? 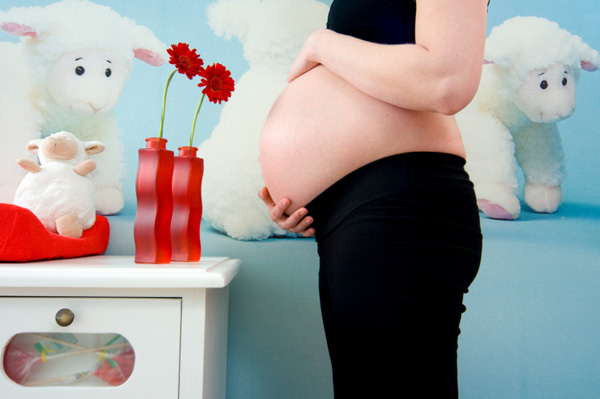 In a sad surrogacy story with a happy ending, the intended parents requested an abortion when a mid-pregnancy scan indicated that the fetus had severe medical problems, including a cleft lip and palate and heart defects, reports CNN. When the parents requested that the surrogate mom terminate the pregnancy, she refused. The baby was born and placed for adoption — where she is much loved. But the case raised a whole slew of ethical and legal questions.

Crystal Kelley reached out to a surrogate agency looking for parents for whom she could make a dream come true — she wanted to carry a child for a family who was unable to do so on their own. She was matched to a couple who wanted to add to their family, and two leftover frozen embryos from prior in-vitro fertilization attempts were transferred to Crystal’s uterus. One successfully implanted and everyone was very excited. Crystal received a lot of attention and support from the couple, particularly the mother, and was happy to be a part of their quest.

Everything went perfectly until a sonogram, at around 20 weeks, revealed that the baby had severe birth defects. Crystal was sent to have a follow-up sonogram and the bad news was confirmed — the baby had a cleft lip and palate, she had a cyst in her brain and also suffered from several serious heart defects. Crystal was upset — as were the intended parents, who made it clear that an abortion should be scheduled as soon as possible. The surrogacy contract indicated that the pregnancy would be terminated if serious defects or abnormalities were discovered.

Crystal was distraught and didn’t want to abort. “I told them that they had chosen me to carry and protect this child, and that was exactly what I was going to do,” Crystal told CNN. “I told them it wasn’t their decision to play God.”

She was contacted by Rita Kron from the surrogacy agency, who told her the parents offered her $10,000 to have the abortion. Crystal refused, instead requesting $15,000, which the intended parents didn’t agree to. She fled from Connecticut because the intended parents let her know they intended to take custody of their daughter and then give her up to state care. Michigan was where she wound up, where she was considered the legal parent.

Crystal had the baby and, as she couldn’t keep her due to her own life circumstances, asked a loving couple who had experience with special needs to adopt the girl. They agreed, and not only does Crystal visit her, so do the former intended parents.

Opinion from a surrogate mom

We spoke with Erika, who had a successful twin pregnancy as a gestational surrogate with a reputable agency. She said that these specifics should have been discussed well before a contract was drawn up. “It seems that this was a rushed process,” she explained. “If a pregnancy should be terminated for any reason, and what medical abnormalities might constitute a reason, is something both parties should agree to in advance.”

She also told us that since Crystal seemed desperate to become a surrogate for monetary reasons, it did raise a red flag. “Unfortunately, it sounds like the agency handling the surrogacy did not take the proper measures to ensure agreement between parties as well as to ensure the stability of the surrogate,” she shared.

Many moms we spoke to had mixed feelings. Many felt for Crystal’s position, until they realized that she would have considered termination for $5,000 more. “If she was against abortion in the first place under any circumstances then she should have put that out there at the beginning,” said Alisha, mom of three. “It is a tricky, tricky situation.”

Ashley, who also has surrogacy experience, agreed. “Going into this, contracts are signed for different scenarios, and you have to have an abortion if it falls into the intended parents’ wishes of reasons of termination.”

It’s hard to judge either party as now there is a little girl who is much loved by her adoptive parents and is getting the care, love and help she needs. However, it’s definitely a tale of caution that both future surrogates and intended parents can take lessons from.

Surrogacy: One woman’s incredible gift
Womb for rent: The 4-1-1 on surrogates
Interview with a surrogate