During their pregnancies, all women are tested for a certain bacteria dubbed “GBS.” It’s a routine test for a common bacteria that many women have — but it could save your baby’s life. 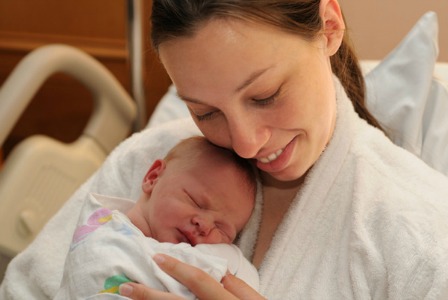 You may have heard mention of GBS a time or two during your pregnancy, but do you really know what it is, or how it’s treated? What about the effect it can have on your baby’s life?

We tend to treat GBS as a pretty common thing during pregnancy, but the truth is, it is a very serious bacteria that can endanger the life of a baby.

GBS is an abbreviation for a type of bacteria called group B streptococcus. According to the American Pregnancy Association, GBS resides in the vagina and/or the rectum and is found in the normal flora of 25 percent of all healthy adult women.

How do I know if I have GBS?

During your first prenatal visit, your healthcare provider will use a special swab (it looks like a long Q-tip) to take a sample of your vaginal discharge and test it for GBS. Because a woman can develop GBS at any point during her pregnancy, if the first test is negative, the test will also be repeated around 35 weeks to ensure every precaution has been taken before delivery.

How is it treated?

A woman who has tested positive at any point during her pregnancy will receive antibiotics through her I.V. during labor as a preventive measure for her baby. At the hospital where I work, the doctors like women to receive a dose of antibiotics every four hours until she delivers — with the preference that she receives at least two doses.

Is it dangerous to women?

Usually, GBS is one of those “normal” bacteria that kind of hangs out in a woman’s body without causing any harm. I say usually because I was one of those unlucky women that was actually affected by GBS.

Three days after I had my oldest daughter, I landed in the hospital with a massive kidney infection. Two days and multiple tests later, doctors uncovered the culprit — that pesky GBS bacteria had somehow found its way up into my kidneys and attacked my body. I escaped unscathed with my second pregnancy, but with my third child, I was once again hospitalized with postpartum complications caused by GBS.

Fortunately, the majority of women who have GBS have no issues. The real danger in having the GBS bacteria, however, is in the major health risk it poses to your baby.

How can GBS affect my baby?

I will admit that when I first started working as a labor and delivery nurse, I was curious about all of the hype surrounding GBS. Every time a woman was admitted, there was a momentary flurry of panic until her GBS status had been established. Was she or wasn’t she? It was almost always the first question the nurse or doctor caring for her would ask.

As I would come to find out, it was a big deal. Tragically, a few years before I started working the floor, a baby had passed away from an infection caused by the GBS bacteria — despite the mother being tested during her pregnancy.

Because the infection can set in so quickly and without any warning, the baby had gone from appearing perfectly healthy to passing within a matter of hours. The severity of illness in babies affected by GBS will vary, and it most typically causes meningitis or sepsis. The Centers for Disease Control reports that death occurs in 5 percent of infants with GBS.

Deciphering your baby’s cries: Tips from an expert
Nipple confusion: Does it really exist?
The ultimate new baby checklist