Meet a woman who has continually reinvented herself while juggling parenting and her career. Susan Polis Schutz followed her dreams and now devotes her creative and professional pursuits to helping others through documentary film. 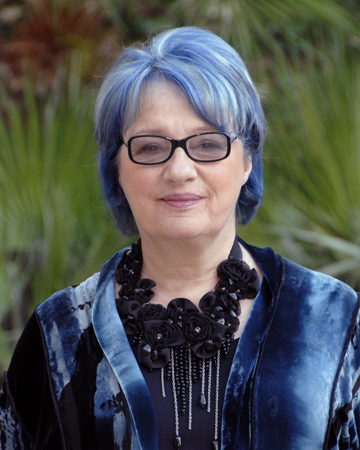 Author, poet and filmmaker Susan Polis Schutz is a mom with a mission. Her professional journey has taken her from teaching English to creating greeting cards and on to raising awareness through documentary film. We spoke to Susan about her inspiring career.

Leaping into a new career

Susan Polis Schutz began her career teaching English. “I have the greatest respect for teachers,” says Susan. “They carry the torch of enlightenment whether they teach in nursery schools or universities.” Still, her girlhood dream had been to write. Daring to follow that dream, she began focusing on poetry and worked with her husband to start the successful greeting card company, Blue Mountain Arts in 1970. By the time her first son turned 1, Blue Mountain Arts had become a multi-million dollar business. Susan speaks of her mother as a source of guidance in her life. “She was an inspiration and a motivator, as well as a loving and reassuring mother. She always believed in me and I knew I could always rely on her.”

Working alongside her husband helped Susan focus on marriage and children while running a business.

“I had to create a balance. So while they were young, we set up a playroom for them at work and we were able to be with them while we worked,” Susan says. Susan and her husband Stephen raised three children while running Blue Mountain Arts and eventually sold it for 780 million dollars. At age 35, Susan became a best-selling author. Her book, To My Daughter with Love on the Important Things In Life, drew directly on her experiences as a mother, continuing to sync her career with her family life. “No matter what your family situation is or your age, don’t ever give up on your dream,” Susan says. “Find the way to balance your time and stay true to your dream.”

Giving back through documentary film

Now in her late 60s, Susan has spent the past several years expressing herself through documentary film. Her first film, Anyone and Everyone, drew on her experiences raising a gay son. Her second detailed her personal battle with depression. “I believe strongly that we learn from other people, their feelings, experiences, hopes and heartaches,” Susan shares. “Both of these were very personal films for me, but my interest was in how others reacted and dealt with the broad range of issues involved in those subjects.” Susan’s latest project follows individuals who have experienced severe tragedies and challenges. “I explore how 12 very different people who experience life-changing traumas and hardships, not only survive, but often go on to dedicate themselves to helping others,” Susan says of Seeds of Resiliency, which airs this spring on PBS.

26 mins ago
by Lauren Wellbank

Halsey Asks Why People Need to ‘Pass Judgment’ on Her Pregnancy Choices (Welcome to Motherhood!)